Anu Menon's feature film details the wondrous, heady life of the extraordinary woman, Shakuntala Devi, and examines her relationship with the love of her life, her daughter Anupama.

Before Anu Menon's Shakuntala Devi (2020) begins, it tells us that the biopic, a true story, sees the extraordinary woman from the "eyes of a daughter, Anupama Banerji". Shakuntala was more than just a mathematician, author, astrologer, and former politician; she was also a mother. It is this difficult relationship that is both explored and examined in Menon's film.

At five, the young Shakuntala was rattling off square roots and multiplications like it was no big deal. Her father, played by Prakash Belawadi, discovers that her skill might be useful after all. He takes her to schools and clubs where mathematical feats are turned into a question-and-answer show. Overnight, the little girl becomes the breadwinner of the family. 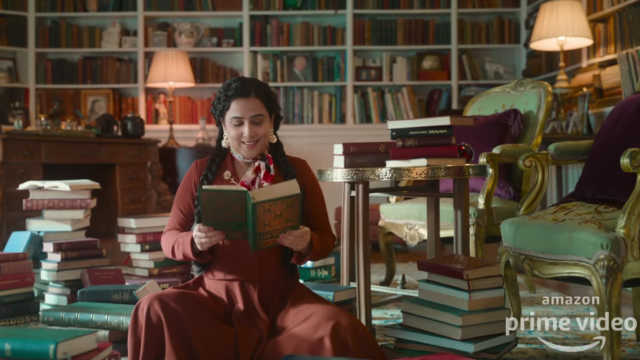 But her hard-earned money can't save her invalid elder sister Sharda who dies tragically one day without medical help. Shakuntala blames her mother for not taking her to the hospital and is determined to hate her afterwards. As she grows up, Shakuntala (Vidya Balan) becomes self-sufficient and independent, running away to London, England, in 1955 after shooting at her beau (Neil Bhoopalam in a cameo).

Initially, she faces some resistance when trying to replicate her maths shows in London, but after her walk-in appearance at the Royal Mathematical Society, she meets a friendly face Javier (Luca Calvani). The Spaniard guides Shakuntala with a bit of tutoring, and thanks to a buzzy BBC appearance, where she trumps the computer, the genius mathematician is soon touring the world performing her shows.

After chronologically showing us Shakuntala's rise and her global fame, the film returns to the conflict it opened with, the criminal case filed by her daughter Anupama (Sanya Malhotra) against her. Shakuntala, who severed her relations with her parents early on, is determined to be the best mother after a whirlwind romance and marriage with a divorced IAS officer Paritosh Banerji (Jisshu Sengupta).

Once she settles into motherhood, she realizes she misses her old life and returns triumphantly without pause. It's only when Paritosh mentions that she missed out on her daughter's first word that Shakuntala thinks of the sacrifices she is making being without Anupama. Vidya handles this scene well, transitioning from shock to hurt quickly.

It is Anu she needs more, not Paritosh. So when he refuses to travel the world with her, Shakuntala takes Anu instead, just like her father took her to to the maths shows all those years ago.

While her daughter misses her father, Shakuntala keeps reminding Anu of the amazing life she has instead. By now, besides mathematics, the amazing Shakuntala, who couldn't sit still, has also waded into and succeeded in the worlds of astrology and literature. The only arena where she did not succeed was politics, but, strangely, that aspect is not explored too deeply here. 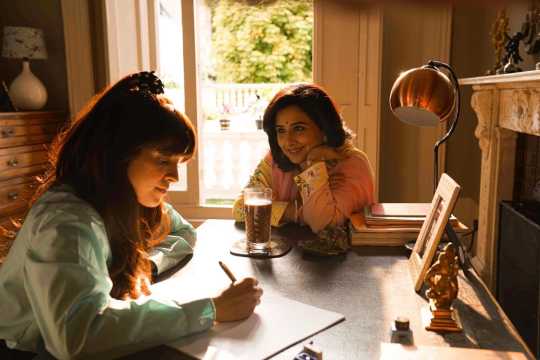 The core of the film is the deep relationship between mother and daughter. As Anupama grows up and asserts her independence, wanting a life unlike her mother's, the more Shakuntala wants to repair what was between them. The second half of Menon's feature moves more into personal terrority as we see a different, more repentant side of the famous woman.

An ebullient Vidya plays Shakuntala Devi as the smartest woman in the room (which she is), but also humanizes her, warts and all. Biopics in Indian cinema usually sanitize their protagonists, but Menon, along with Nayanika Mahtani, brings forth Shakuntala's inner conflicts and prejudices. An overprotective mother, she takes decisions on behalf of Anu, and when she decides to settle down and marry Ajay (Amit Sadh) in Bangalore, she lashes out both in fear and anger.

The film notes the little details of Shakuntala's life, from her joie de vivre to her dislike of commas. It also suggests that certain aspects of her life were exaggerated for effect, to better sell the myth of Shakuntala Devi.

Vidya's Shakuntala Devi is an intriguing package. She is quick-witted and charming but also impulsive and emotional. The lone woman, and possibly person of colour, in many hallowed halls, the manner in which Vidya turns around and states, "Am I correct?" is absolutely infectious. The actress neatly switches accents through the different stages of her life to show her progress as well.

Sanya Malhotra as Shakuntala's equally headstrong daughter is formidable on screen. Both Vidya and Sanya have a powerful reconciliation scene in the finale that shows the firm relationship between them. While Sadh and Sengupta support the women well, the film belongs to the women and their damaged relationship.

In fact, it is heartening to see this woman-orientated film told by women. Besides Menon and her co-writer Mahtani, the crew includes Ishita Moitra, who wrote the dialogues, Keiko Nakahara, director of photography, and Antara Lahiri, who edited the film. Many of the other departments are also led by women. Even the film's soundtrack consists of more female singers than male. This is a perspective I could get used to, as it fundamentally changes the gaze in which we view the characters.

At one point, Paritosh says, "To love Shakuntala is to let her be." The self-reliant genius mathematician wasn't going to have it any other way.