According to Anjan Dutt and many other actors, who play important characters in the film, the earlier on-screen adaptation of the novel by Pinaki Bhushan Mukherjee, titled Chowringhee (1968), did not follow the story loyally and singularly turned into a narrative of Sata Bose, one of its prominent characters, played by Uttam Kumar. However, even if their claim is true, the reviewer is of the opinion —  if one wishes to enjoy Shah Jahan Regency for a few moments — one must refrain from watching Chowringhee, as Srijit’s film will then mostly disappoint with its apparently contemporary spins.

Cinematographer Gairik Sarkar’s long drone shot interspersed with the snippet views of protagonist Rudra (Parambrata Chatterjee) earning his means through various jobs is an engaging beginning of the film.

Rudra’s commentary on Shankar’s novel, its context, as well as the backdrop of the modern story prepares the audience well.

Unlike the original story, Rudra gets employed in Makaranda Pal’s Shah Jahan Regency as an intern. He is a common man, but he has his own views, curiosities and opinions. He also doesn’t mind a retort if cornered by a scornful fellow employee. Rudra is quite updated with Shankar, the protagonist of Mani Shankar's novel and suits the contemporary world well enough.

Makaranda Pal (Anjan Dutt) is a rather depressed soul who has employed small-time detective Barun (Rudranil Ghosh) to spy on his wife. Here the director reveals a lot more than needed when it comes to depicting the crumbling state of Pal’s marital life and doesn’t leave the audience with any scope to anticipate a dramatic unfolding. The entire first half follows a similar kind of flat plot progression that robs the audience from being exposed to the mysteries hidden in the corners of a glamorous hotel.

When Pinaki Bhushan made Chowringhee (1968), the common audience was not so familiar with the happenings inside a five-star hotel. However, the situation is not the same now. Therefore, Srijit should have been more conscious when it came to presenting the hotel as the microcosm of the world itself.

What the audience gets to see in the first half of the film is known to them already. The scandalous lifestyle of a hotelier’s wife; a socialite’s façade with feminist projects and her adulterous ways do not surprise the audience at all or at least are not presented in a way to intrigue the audience. The lengthy sequences in which Samiran (Abir Chatterjee) introduces Rudra to every department are honestly quite boring.

The director here replaces the shrewd yet soft at heart Nitya Hari, the head of the linen department, with the gay Nitya Hari, fondly called Nitty Gritty by Samiran. The problem is that the character is only placed here to project his ‘gay’ identity and deliver some lectures on the acceptance of homosexuality and gender politics in two sequences.

The second part is only engaging when it focuses on Kamalini Guha (Swastika Mukherjee) and her affair with Arnab Sarkar (Anirban Bhattacharya). Their conversations and mostly the tragic culmination of Kamalini’s life are shot and composed with a lot of care. However, the scene of Arnab getting married, forgetting Kamalini is entirely redundant. Also, Arnab is sketched as almost a negative character, which ruins the essence of the love story to a great deal.

Samiran’s departure from his bachelor life doesn’t convey a big transformation in his life as throughout the film, Samiran is rather projected as a hotel staff, solely dedicated to his works but not as an emotional person, who is extremely attached to his workplace and considers the entire hotel his family. The reviewer can’t help but do a comparison here again as in Chowringhee, the departure of Sata Bose indicated to the end of an era. In Shah Jahan Regency, the hotel staffs do arrange for a farewell for Samiran, but that does not make the heart of the audience mellow even for a second.

Among all the performances, Swastika Mukherjee’s dramatic act stands out the most. Though her character is a bit overdone, she does well as an educated escort, who has her expertise on several fields like art, business and science. 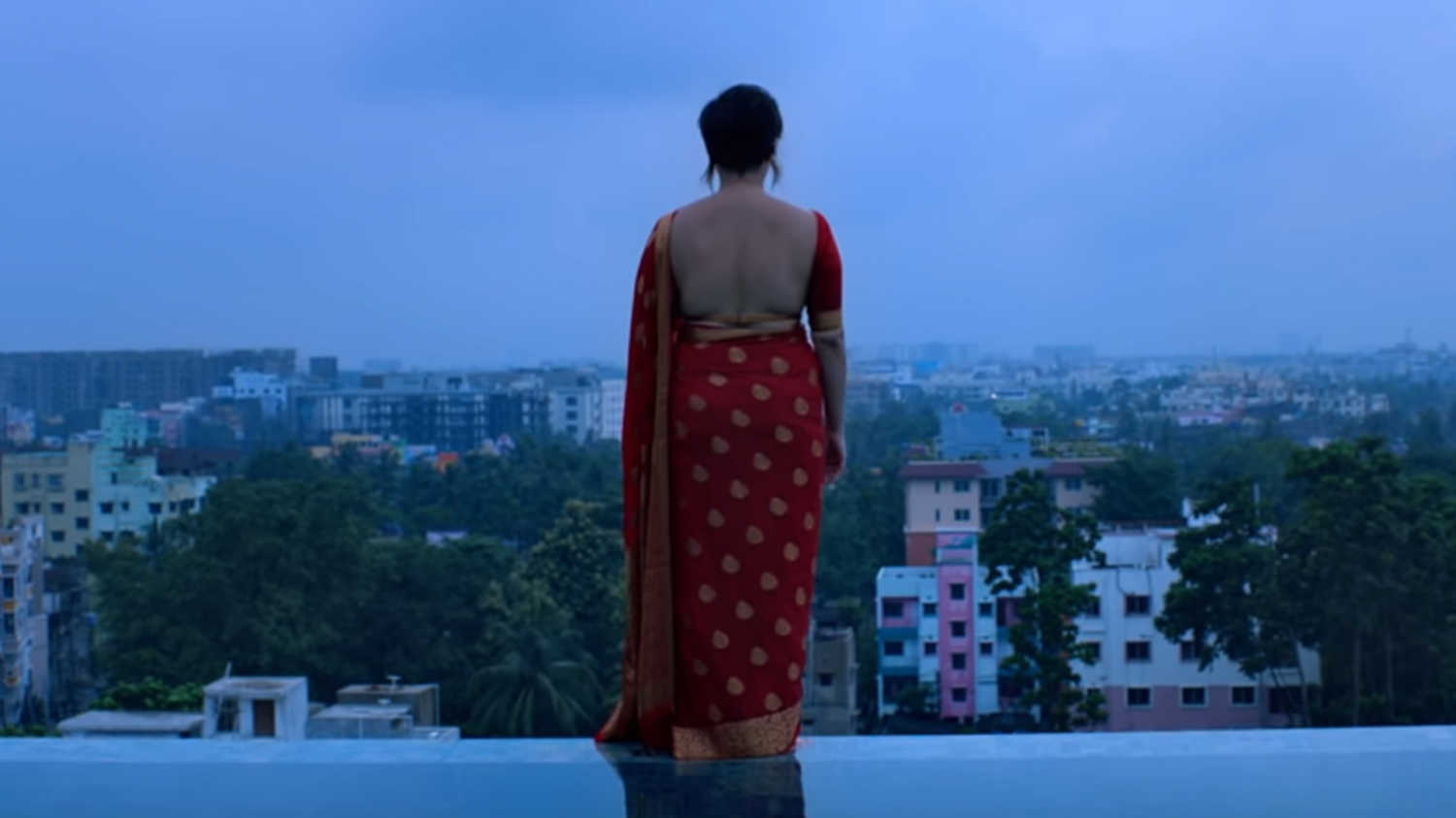 Parambrata Chatterjee is extremely natural as a common man, who always remains as the onlooker and adapts himself as the victim of circumstances without any complaints. Abir Chatterjee is not at all dramatic in his portrayal; however, one gets used to his performance as a person without many shades.

Anirban Bhattacharya performs well as the romantic soul, who loves adventures and also as the lover. However, both in the sequences of Abir and Anirban breaking down, Srijit’s cinematic composition elevates the moods rather than the actors’ expressions.
Either Srijit did not write the character of Mamta Shankar with enough intensity or the actress could not leave much impact.

Anjan Dutt, on the other hand, magnifies the frustrations and depression of his character with his intense performance.

Indradip Dasgupta’s background score is quite fascinating and goes well with some of the memorable cinematic moments, including the scenes of Kamalini lying dead and Samiran not being able to come to terms with his beloved’s death.

Shah Jahan Regency is far from a well-made film. There are plenty of lame dialogues. Most importantly, the director has failed to lend the essence of transience that pervades a hotel. Chowringhee is a story of the hotel and the characters lend life to it. But Srijit’s film is more about the characters and their personal journeys.

In the end, it seems writer Dipanwita Ghosh Mukherjee and director Indranil Ghosh fail to take an...