Based on some real-life incidents, the film works as a gripping tale that gives the viewer a close look at college admission scams and the price they extract from students.

First-time director Mathimaaran, erstwhile assistant to filmmaker Vetrimaaran, makes an assured debut with Selfie (2022), a film that explores the dark world of the education mafia with focused storytelling without any major detours.

Based on some real-life incidents, the film works as a gripping tale that gives the viewer a close look at college admission scams and the price some students have to pay for them. The film also talks about the obsession parents have built around the need to enrol their children in engineering courses without bothering to find out if they are interested in the subject in the first place.

GV Prakash Kumar plays Kanal, a village lad who is pushed by his father into joining an engineering course. A few weeks in, Kanal realizes he needs to earn extra bucks by taking up a part-time job to meet his expenses. However, when he learns that the easy way to make quick money is by earning a commission by selling college seats, he doesn’t think twice before jumping in.

Little does he realize the risk of getting his hands dirty in this business which is managed by Ravi Varma (Gautham Menon), a local thug who has connections far and wide. Kanal’s life turns upside down when he gets embroiled in the admissions racket. 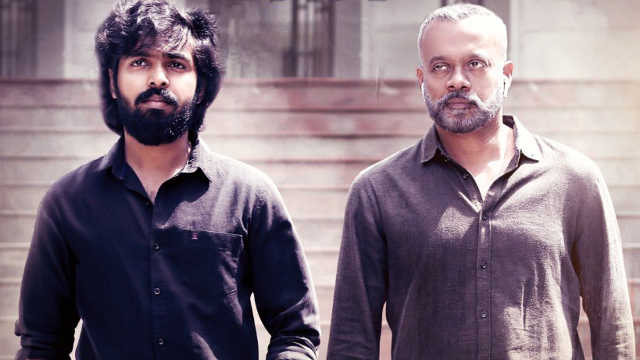 Selfie, which features GV Prakash Kumar in one of his more earnest performances in recent times, works to a large extent because it keeps its focus on the core plot, which is about the college seats scam. If not for the racy screenplay, the film might have struggled to engage audiences with most of the story unfolding against a college backdrop.

The choice of casting Gautham Menon as the antagonist works for the film as he comes up with a special performance. You don’t get major conflict scenes between Menon and Prakash Kumar, but the way these characters are written make up for the lack of a major clash that’s usually awaited between the hero and the villain in mainstream cinema.

Despite the initial lag, the film picks up pace after Kanal’s character gets involved in the scam. The film has a heavy hangover of Vetrimaaran’s Polladhavan (2007), especially in its treatment and some action scenes.

Two action sequences which take place inside a room really stand out and serve as one of the talking points of the movie. The climax does feel rushed, but the fact that the film doesn’t try and glorify Kanal’s character in the end deserves some praise.