Sarkaru Vaari Paata (2022) is the kind of film that works when it lets the lead actor — in this case, Mahesh Babu — have a lot of fun with his character. It pretty much maintains the same tone throughout but for a few moments, when it asks to be taken seriously.

Parasuram isn’t the kind of filmmaker from whom you can expect sensitivity, and this is evident in the way he presents Keerthy Suresh’s character. Here's a filmmaker who knows his audience and he has delivered the kind of film they would expect.

Mahesh Babu plays Mahesh, who is orphaned at a tender age because his parents died by suicide after failing to repay a loan of Rs15,000. Many years later, Mahesh sets up a loan agency in the US, and he is ready to turn the world upside down if his debtors don’t pay up with interest on time. Keerthy Suresh plays Kalaavathi, a gambling addict who has borrowed beyond her repayment capacity. 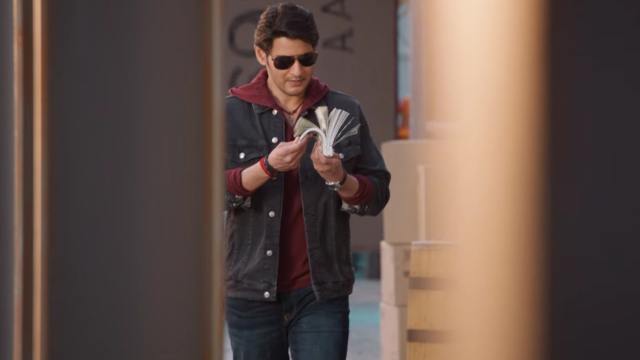 When she meets Mahesh, she tricks him into loaning her $10,000 but eventually gets caught. When confronted, Kalaavathi threatens him by mentioning the power of her father Rajendranath (Samuthirakani), a corrupt and ruthless businessman from Visakhapatnam. Mahesh travels to India to get his money back at any cost from Rajendranath, and in turn, earns his wrath. When the matter grabs the attention of the media, Mahesh reveals that Rajendranath owes him Rs10,000 crore much to everybody’s astonishment. The rest of the film is about the truth behind the Rs10,000 crore loan.

One thing that really works in favour of the film is Mahesh Babu’s refreshingly different character. To see him shed his sophisticated image and play an uninhibited character with an impeccable sense of humour is just what his fans needed, and Parasuram doesn’t disappoint when it comes to Mahesh’s character. 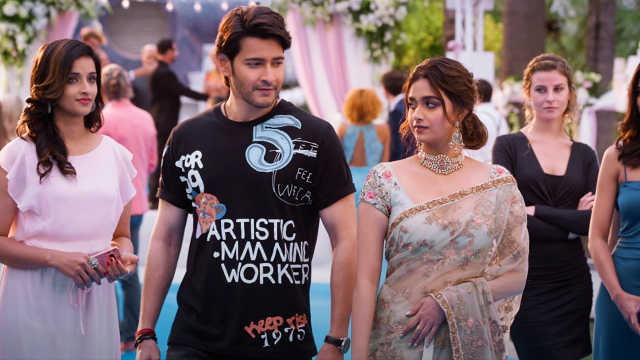 Unfortunately, the same can’t be said about the poorly written Kalaavathi. Here’s a film that is headlined by one of the biggest stars of Telugu cinema and it sees him mouth a line where he calls stalking a woman ‘a boy thing’.

If you overlook the heroine, we get a film that pretty much checks all the boxes of a commercial entertainer. Mahesh Babu shoulders Sarkaru Vaari Paata single-handedly, and he does a very satisfying job of anchoring the film even during its dullest segments.

Sarkaru Vaari Paata tries to shine the spotlight on bank loan scams and how the government lets down its own people when it turns a blind eye to people who have borrowed thousands of crores and failed to repay their creditors. The messaging works when the narrative isn't serious, but when it turns into a lecture, it gets slightly tiring to sit through. Parasuram does manage to keep the film largely entertaining, and even during the slightly sluggish second half, you get moments that hold the film together.

While the core idea of the film is exciting and its visuals are breathtaking, the weak screenplay...