Saina review: Parineeti Chopra stars in this tale of the enduring spirit of a champion

Director Amole Gupte takes us behind the sweat and struggles of former badminton world number 1 Saina Nehwal in this uncomplicated biopic.

Amole Gupte’s Saina (2021) is the first one out of the gate here and it takes us through the former world number one’s rise to the top, with Nehwal serving as the narrator of her journey. Parineeti Chopra steps into Nehwal’s shoes to tell her story.

The badminton star has humble beginnings as her authoritative, ambitious mother Usha Rani (Meghna Malik), a former player herself, takes eight-year-old Saina (Naishaa Kaur Bhatoye) to a training facility when they first move to Hyderabad. The young player’s talent is unmistakable and she soon becomes a junior champion, thanks to her supportive father (Subhrajyoti Barat) and the competitiveness of her mother.

She easily moves through the ranks with the support of her fellow players, including good friend Kashyap (Ehsan Naqvi). Later, they all join the prestigious Rajan Academy, led by star coach Rajan (Manav Kaul), with Saina having ambitions to reach the top. Here, coach Rajan adds finesse to her game, incorporating a diet regime and new techniques for her to learn. 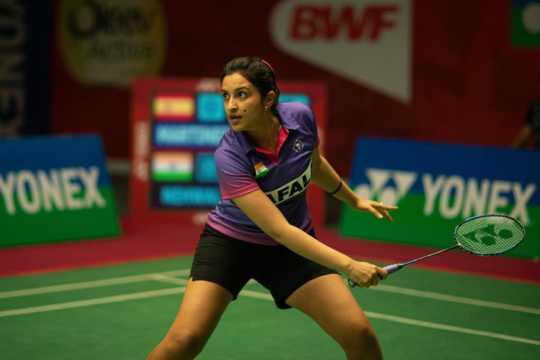 Pretty soon, Saina is making her name internationally and on her way to becoming the household name we all know, with endorsements and advertisements due to her international feats at the Super Series and the Olympics. Nehwal’s rise and accomplishments are pretty well known, even to the most casual badminton fans, and Gupte introduces the conflict in the film, increasing the tension with the up-and-down relationship between coach and star player.

However, while the biopic gives us a list of Nehwal’s achievements over the years, it steers clear of any professional rivalries, including the one with PV Sindhu, another Indian star player from Hyderabad of whom there is no mention. The climax homes in on Nehwal’s quest for the top ranking with a fierce match with a top Spanish player (supposed to be Carolina Marin), but apart from that, we only see Nehwal win titles, withour lingering much on her opponents.

Like most sports film, Saina focuses instead on the clichéd route to being the best. There are plenty of montages, set to a rousing soundtrack by Amaal Mallik. Chopra trains, loses weight and steadily progresses to become unbeatable by the first half. 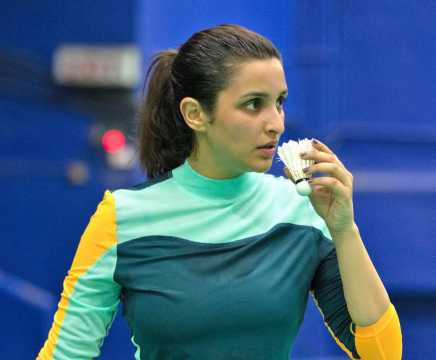 In the second half, hampered by an injury and loss of motivation thanks to a falling out with Rajan, Saina learns to pick herself up when she is at her lowest. She finds a new coach and gets inspiration from a whole new generation of players who look up to her.

While it’s uplifting, Gupte’s Sania remains a hagiographical look at the star. Her focus and drive do not allow her to remain anything else. Chopra throws herself into the physical part, mimicking the real Nehwal at times. However, it seems she is too focused on being like Saina, to actually become her in the film.

Bhatoye as the young Saina, an upcoming player herself, has that drive down pat. Malik and Barat as Saina’s parents ground the film, and Naqvi as Saina’s encouraging partner and fellow player seems to have no personal ambitions other than cheering her on.

The narrative flow of the film moves along but the sequences of Nehwal’s successes, on and off the court, seem rushed. The film only lingers on certain key matches like the Commonwealth Games in 2018, and skims over her Olympic win and other Super Series wins. Yet Nehwal’s story, for thousands of badminton players who look up to her, is a key reminder of the power of positive role models. Gupte’s film will be right up their alley.