We begin the new year in Karnalganj with the clash between rising television reporter Pappu Mishra (Priyaank Sharma) and thug-turned-politician Baba Bhandari (Akshaye Khanna). At the film's halfway mark, both want to wed the previously unmarriageable Mandira Shukla (Riva Kishan). But how did the local celebrity and the party leader come to blows over a young woman?

Well, it all has to with Bhandari's thriving business of marrying off unsuspecting grooms to eligible young women whose families can't pay the exorbitant dowries demanded by the grooms' families. Mishra highlights this unsavoury practice on his television show, Musibat Odh Li Maine, and comes to the notice of Bhandari.

He decides to take revenge by marrying him off to Mandira Shukla, a young woman who has had bad luck, a poor kundli, and little money to offer a prospective groom. But the tables are turned on both men when they finally meet the headstrong Mandira and begin to fall for her. 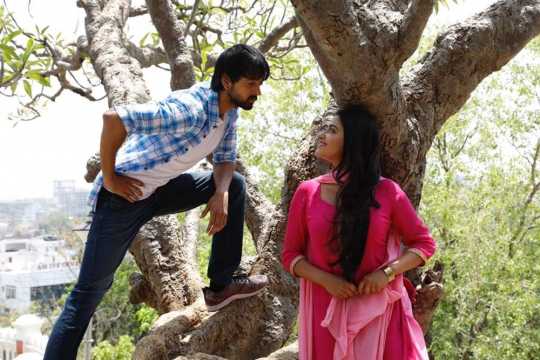 It turns out that Mandira has had a preference for the popular reporter since their school days when she had a crush on him but is disappointed to learn of his churlish behaviour before they are to be wed. In Pappu's defence, he was being held against his will and forced into marriage, but these details don't matter in this film.

Soon, Mandira has both Baba and Pappu scheming to marry her. Who will succeed and will everything be kushal mangal? The answer is fairly obvious, with obvious roadblocks thrown along the way.

First-time filmmaker Karan Vishwanath Kashyap's direction is a bit haphazard, but he has the story under hand. The dialogues by actor Brijendra Kala are, for the most part, effective.

Small-town stories which seemed to be the flavour of the latter half of the 2010s take prominence once again here. Sab Kushal Mangal has both colourful lead and secondary characters who walk in and out of the story.

The most colourful, of course, is Akshaye Khanna's Baba Bhandari who transforms himself into a metro guy for Mandira's sake. Followed by henchmen Ranjit and Sonu, this Baba Bhandari creates quite a scene wherever he goes. Khanna seems to be enjoying himself playing the fickle politician with an outrageous wardrobe. 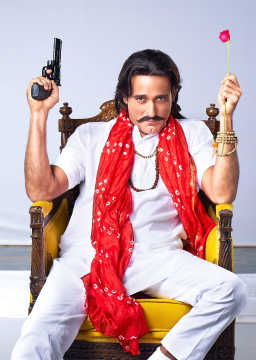 Both Priyaank Sharma and Riva Kishan are decent in this comedy, but their characters' love story never seems convincing. Sharma's character particularly speaks about freedom of choice and the evils of forced marriage, but the social message seems tacked on for the second half.

Of the supporting characters, Satish Kaushik and Supriya Pathak cause a few chuckles but don't have a larger role to play. Similarly, Rakesh Bedi as Mandira's father is wasted.

The weakest parts of the film are the song interludes which pull you out of the story instead of taking the narrative further. Only 'Ishq Ne Mara Re' feels like it belongs.

Sab Kushal Mangal isn't overly bad, but over the course of two hours and 14 minutes, it loses its spark here and there. Unlike films of a similar comedic vein like Dream Girl (2019), which gathered speed as they went along, this comic caper brings a tepid start to 2020.