Writer-director Saurabh Sinha has peppered the narrative with clever side tracks and visuals to deepen the mystery.

The trailer of Saavat built a sense of intrigue about the film, promising to serve up a crime thriller with a side of the supernatural. Smita Tambe as Inspector Aditi Deshmukh confidently navigates through a maze of mysteries, taking us through a riveting investigation and finally arriving at an unexpected yet satisfying climax.

Carrying the film almost entirely on her able shoulders, Tambe offers a peek into what it takes to write strong yet pleasantly vulnerable women characters.

In a Maharashtra village called Malgide, strange cases of apparent suicides are witnessed. Almost all the seven suicides have the same pattern — a bleeding victim (all men) hanging by a tree, a witness branded with messages like ‘cremate me’ and ‘justice’, and a tale of a ghost woman appearing to avenge her murder.

Upon investigation, Inspector Deshmukh finds out that a woman named Nandini and her twin daughters were branded witches for allegedly practising black magic and the villagers blame them for the gory murders. While Nandini was driven away from the village and left to die, one of her daughters Adhira and Aashni (both played by Shwetambari Ghute) is still missing while the other is ostracized by the villagers. What is the truth of the twins?

Director Sinha peppers the narrative with clever side tracks and visuals to deepen the mystery and it is refreshing to see all webs torn and doors broken down by Aditi, with able help from Inspector Atul (Milind Shirole) and the character played by Sitanshu Sharad. A lot is happening here and it can get difficult to keep track. 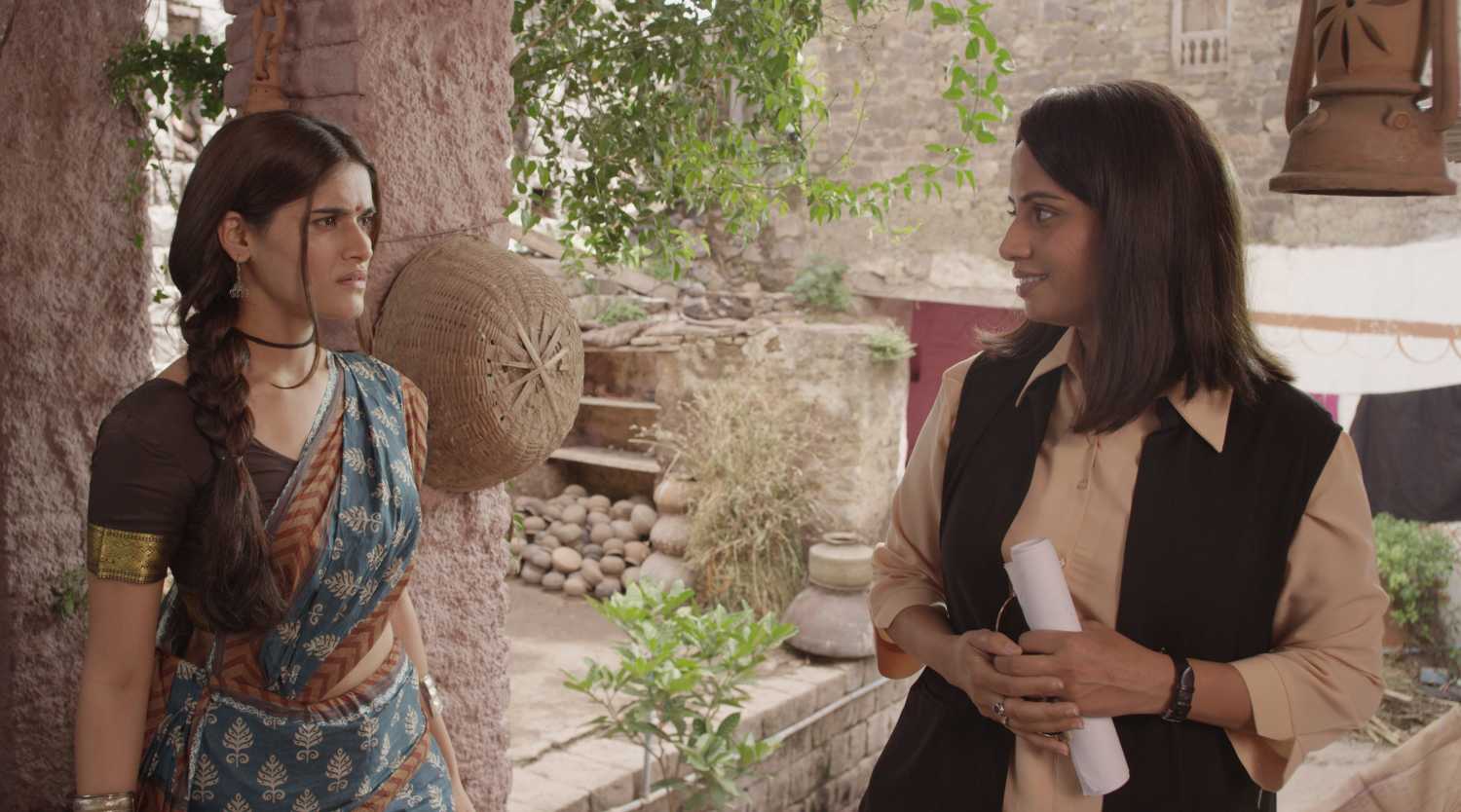 Some of the side tracks seem manipulative, as the pre-climax and climax don’t answer many of the questions or techniques employed in the murders. Saavat is not without flaws, many of them glaring. While the investigation seems onerous at certain points, its fetching progression cannot be denied. Topics of blind faith, land grabbing, the need for a scientific temper and women’s empowerment become evident without appearing forced or preachy mentions.

A poignant moment in the film is when one of the characters explains why human bones hang from a tree outside her home. The village casts her aside for allegedly using black magic; she uses the excuse to protect her modesty.

Though the film begins on a contrived note, when Inspector Deshmukh is sent to a remote village to investigate the murder of a chief priest, it does well for itself after she hesitantly takes on the case of the seven suicide/murders. The background music is often over-dramatic and the editing abrupt, but the quick proceedings help to gloss over the technical mishaps.

Saavat is Smita Tambe’s show all the way. Being front and centre, she grabs the opportunity and delivers a strong, memorable performance. The calm on her face in the midst of her personal turmoil and a taxing investigation gives Saavat the respect it deserves. If mystery thrillers are your jam, Saavat is a good option this week.

The film's important message about blind faith and its repercussions is undermined by director...

Quarter review: A deep dive into the psyche of an alcoholic

Starring Girija Oak Godbole, the short film tells a story of a middle-aged woman who has drowned in...