Rong Beronger Korhi: Do not miss this poignant, intense gem with stellar performances

Director Ranjan Ghosh’s captivating film creates a certain impact in the mind that the audience fails to get out of its pace and mood even after leaving the theatre.

Director Ranjan Ghosh’s Rong Beronger Korhi is a captivating film. It creates a certain impact in the mind that the audience fails to get out of its pace and mood even after leaving the theatre. The film is simple and yet, it turns out to be unconventional.

The primary subject of the film is korhi or money, around which four different stories on marginalised people are woven with finesse. The film sticks to its content, temperament of performances, execution of music and cinematography with such consistency that all the aspects of it seem to merge into a single energy.

Rong Beronger Korhi is a powerful film, with exceptional twists in each story. All the stories are thoughtfully suggestive and Ranjan Ghosh does not try to impose any message at any point in the film. Neither he attempts to attack a certain class nor criticise any system. As if the stories spontaneously get on their journeys and at the end, the audience cannot help, but feel heavy jolts in their hearts.

We often find a film with an extremely naturalistic pace to be losing on its intensity. However, the pace conceived by both the director and the cinematographer in this film, essentially captures the nuances of the emotional journey each characters go through; it makes every twist palpable.

The voiceover by Anusua Majumdar that is presented in the form of a Sutradhar is a clever ploy by the director. It not only reveals the crux of the story, but also implies that there are thousand such stories around the world. From the beginning, the audience knows that the film centres on money and with its progress, they discover the deep rooted effects of it.

Not only each story in the film is complete in itself, but each character and each performance is poignant and multi-layered as well. The film offers exceptional cinematic moments in each climax, without pitching loud or getting melodramatic.

Ghosh’s idea of exploring the subject of money through different relationships, realities and emotions is quite unique. According to the credits, the stories are inspired from the works of numerous Bengali authors. Each story has been associated with korhi or if we consider coins of different colours, red, blue, gold and white, expressing different sentiments and circumstances. The director’s approach has successfully turned money to be synonymous with the stark reality of the film.

The first story revolves around a couple, Ram (Soham Chakraborty) and Sita (Arunima Ghosh), as they set out to file for a divorce. Both Ram and Sita are illiterate and do not have the slightest knowledge regarding laws. On their quest, they meet a Panchayet person (Kharaj Mukherjee), who convinces them that they require a lot of money even for a divorce. 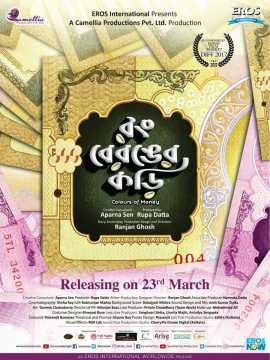 The next story features lovers Manda (again Arunima Ghosh) and Mithun (Arjun Chakraborty). Manda plans to get married to an elderly man (Chiranjeet Chakraborty), suffering from a malignant tumour, so that she can eventually inherit his property and get married to Mithun, who is not much qualified and is not capable of getting a job. However, their life turns upside down with an unexpected occurrence and throws Manda into a serious dilemma.

The third story shifts to an urban landscape, featuring an anonymous character (Ritwick Chakraborty) who is a victim of demonetisation. His search for changes of two thousand rupee notes, takes him to a prostitute (Rituparna Sengupta) and their encounter and conversations gradually build up the story.

The last story is about a widow (Rituparna Sengupta) and her son Jaga (Anubrata Mukherjee), who plays the dhaak during the Pujas, following his father’s passion. As Durga Puja arrives, Jaga leaves behind his mother, who is suffering from acute asthma, alone at his village, promising to return with a lot of cash rewards as soon as the Puja gets over.

While Kharaj Mukherjee fits best into his shrewd yet comical role, Arunima Ghosh amplifies the drama in the second story, with her subtle and engaging act. 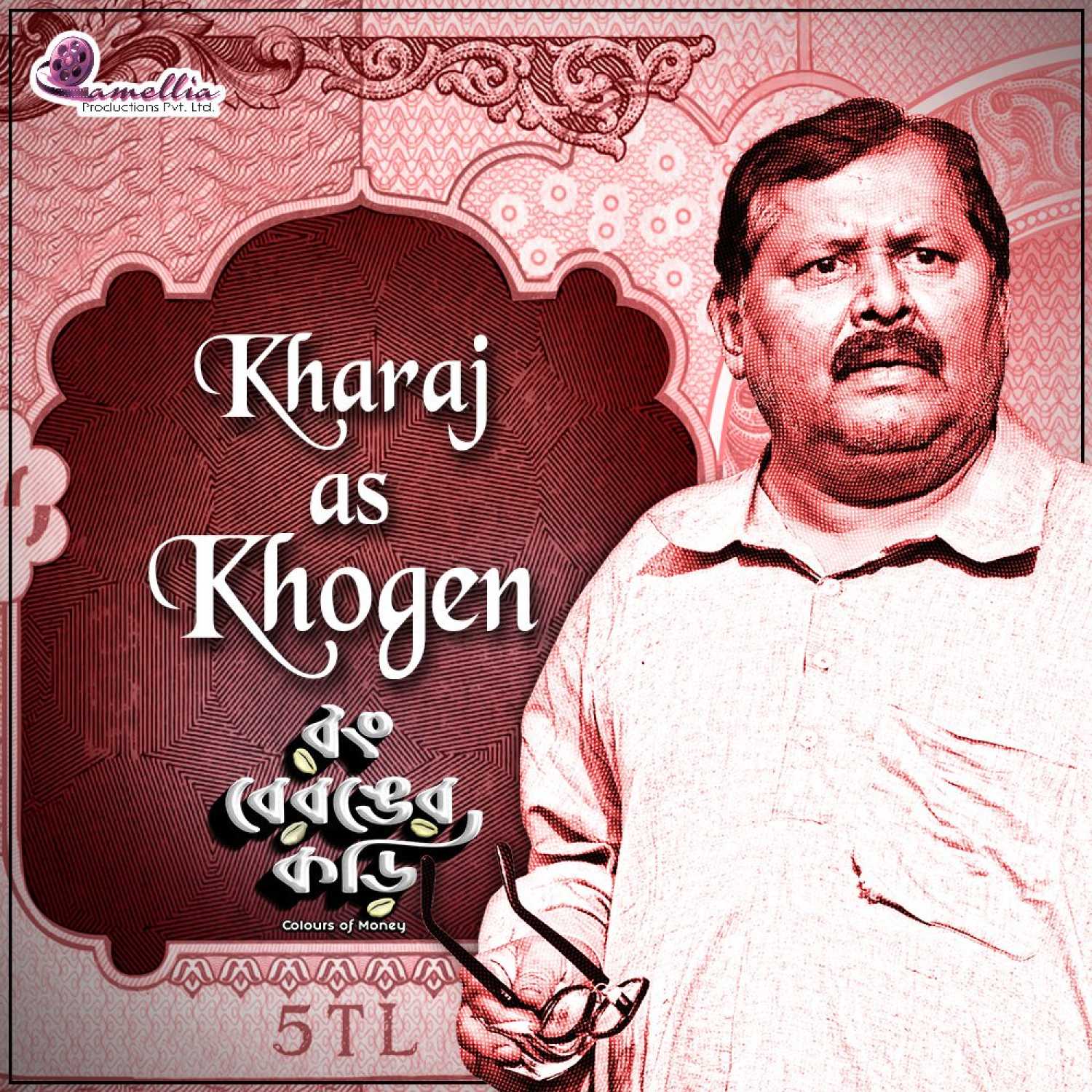 With Ritwick Chakraborty’s appearance on the screen, perhaps, the quality of the film is elevated a bit more. One can feel his utmost dedication in each moment of his performance, either when he turns extremely vulnerable or philosophical or when he receives a shock; he easily transcends the psychological turmoil of his character to the audience.

Rituparna Sengupta too gets into the skin of both the characters; however, her performance reaches a point of excellence when she portrays the strong and doting widow mother.

Anubrata Mukherjee’s natural performance at the climax of the story, as well as of the film, is quite commendable. His restlessness and desperation is proof of an extremely commanding direction. Dhee Majumdar, in his brief and compact appearance, doesn’t let down the audience as well.

Perhaps, the only flat performance in the film is that of Arjun Chakraborty and hence, some of his moments are a bit discordant in the flow of the film as well.

Ghosh’s dialogues are compact, precise and apt throughout the film. Tanmay Chakraborty’s art direction, too, deserves special mention, as he creates distinctive ambience for each story; especially the allies near the prostitute’s house turns into a surreal background.

Cinematographer Sirsha Ray, who recently won the News18 Reel Movie Awards for his work in A Death In The Gunj (2017), seems to have actually read the director’s mind, perceived the dramatic pulse and turned it into a thoroughly successful execution.

Director Ranjan Ghosh has been extremely thoughtful and farsighted in choosing four different stories to elaborate on a primary theme. Needless to say that Aparna Sen’s creative consultancy has played an important role in building every single frame of the film. The story of the prostitute and her anonymous client singularly deserves accolades for its masterful technical design and the outstanding performances. 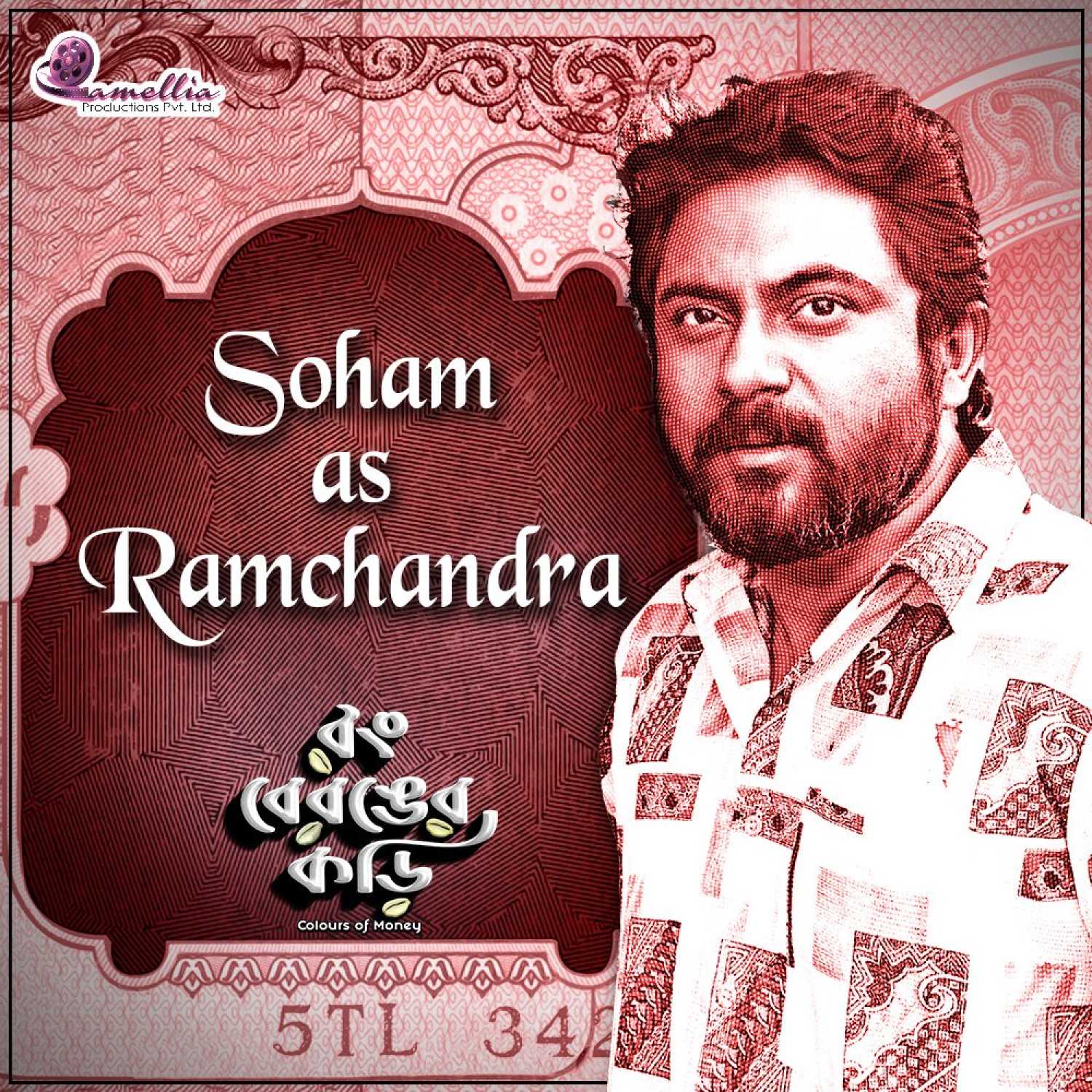 Although, it remains a question whether Ghosh could think of a better way of telling the stories from the mother earth’s perspective than showing earth’s scientific videos, the honesty in the intention behind the sequences saves it from turning into a superficial attempt. The film also turns out to be extraordinary for its minimalistic approach and the right amount of background score by Debajyoti Mishra.