Anirban Bhattacharya as Ator Ali is the star performer in this web-series that is strictly a one-time watch.

Readers of a popular novel usually harbour high expectations from its cinematic adaptation. Those who have not already read Mohammed Nazim Uddin’s Robindronath Ekhane Kawkhono Khete Aashenni will have the opposite feeling after watching the popular Bangladeshi novel’s web adaptation by Srijit Mukherji. The web-series leaves the viewer with the disappointing feeling that the creepy storyline deserved a way more psychologically gripping adaptation.

In the series, Nirupam Chanda (Rahul Bose), who claims to be a journalist, arrives in Sundarpur and visits the famed titular restaurant owned by the mysterious and reclusive Mushkan Zuberi (Azmeri Haque Badhon). Impressed by the dishes on offer, Chanda appoints local police informer Ator Ali (Anirban Bhattacharya) to pass on information to him about Zuberi and her restaurant, saying he is working on a story on the eatery. However, when Chanda discusses his project on the phone in his hotel room, the audience realizes he has other intentions for uncovering Zuberi's background. 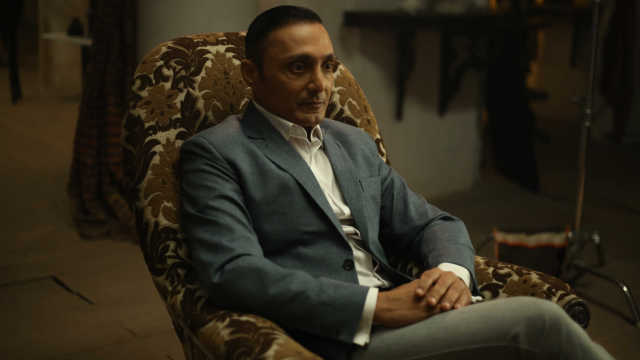 Trusting the rumours that Zuberi mixes certain intoxicants in her dishes, making people visit her restaurant repeatedly, Ali seems convinced that she is a witch. Meanwhile, the actions of Falu, a gravedigger who claims to sense impending death in the village and digs graves in advance, baffles Chanda. Interestingly, Falu works for Zuberi as well.

Ali and Chanda’s suspicious enquiries eventually irritate Zuberi, who keeps the influential personalities of Sundarpur under her spell. When local police officer Tapan Sikder (Anirban Chakrabarti) brings Chanda to the police station by force and warns him to stop hunting for Zuberi’s secrets, the storyline takes a twist.

It is important to mention here that the web-series begins with visuals of a plane crash in 1972 in the vast snow-clad expanse of the Andes in South America. While most of the passengers seem to have died, among those lucky to escape alive is... Zuberi, uncertainty and fear writ large on her face. The series then moves four decades ahead to Sundarpur.

The gradual unfolding of the web-series eventually establishes the connection between the opening scene and Zuberi's secrets. But the screenplay is dull and the narrative moves at a tedious pace. Joy Sarkar's musical score does not help to convey the pulse of the slow unfolding of the storyline.

Though it would be unfair to comment on how Mukherji has adapted the storyline into the screenplay without first reading the novel, it does appear that he has not looked at it entirely from a filmmaker's perspective. The lack of drama in the turn of events and the monotonous editing by Sujay Dutta Ray do no justice to the story that seems to have had the potential to leave deep psychological effects on the viewers and even nauseate them with its creepiness.

While the web-series deserved better production design, the camerawork of Indranath Marrick largely fails to offer an ambient experience, especially in the interiors of the unusually decorated yet dimly lit restaurant, and also when Zuberi sings to herself while traversing through the halls of her grand mansion alone. With better handling of the camerawork and production design, the ambience could have amplified the eerie countenance of Zuberi. 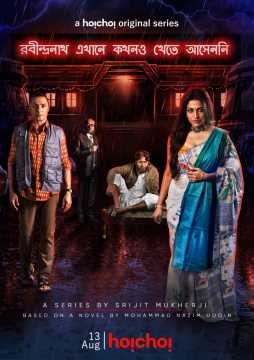 The underwhelming performances by Badhon and Bose also fail to produce the impact of their characters’ narrative arcs. While the screenplay must be blamed for the missing elements in Badhon’s performance, Bose feels like a misfit in the role.

Badhon appears sensuous with her suggestive smile and calculating looks, but her performance is mostly one-dimensional. Bose, on the other hand, strangely seems to lack the energy to put life into his character.

The two best performances in the web-series come from Anirban Bhattacharya as Ator Ali and Anjan Dutt as Khawraj Khasnobish, Chanda’s senior. Bhattacharya compensates for the absence of drama in the entire series with his impressive body language and championing the local Bangladeshi dialect. Dutt projects poise and calm as an experienced, retired professional.

Ustad Rashid Khan’s rendition of the Tagore song 'Kar Milono Chao Birohi' when the credits roll is an impactful blend of pain and impending danger. Jayati Chakraborty, too, renders the Tagore songs on Zuberi’s lips with a lot of soul. However, the disjointed placement of the songs doesn’t blend with the character.

Compared with some of the best psychological thriller series being created around the world, Mukherji’s work does not make the cut. The shabby dialogues and the director's apparent lack of effort in pushing the creative self and raising the bar of the cinematic conception has produced a monotonous, underwhelming creation, making Robindronath Ekhane Kawkhono Khete Aashenni strictly a one-time watch for those yearning for an unusual plot.