Rasbhari review: Meandering plot that finds a message too late

The newest series on Amazon Prime Video opens in Delhi but takes place in Meerut, Uttar Pradesh. A young man, Nand Kishore Tyagi (Ayushmaan Saxena), narrates his story of his 11th standard days in school, when a new English teacher entered his life.

The mysterious Shanoo Bansal (Swara Bhasker) arrives, inviting curiosity from all quarters. The ‘laid-back’ Meerut is taken aback by her presence. Her fellow teachers gape at her, the students, mostly male, are in awe, and the men of the city all try to catch her eye though she is happily married.

Nand walks around in a hormonal haze, dreaming of the day he will lose his virginity. He and his classmate Priyanka (Rashmi Agdekar) have an ‘are-they/aren’t they’ relationship. They go from tying a rakhi to being friends to possible romantic interests.

All of that gets complicated once Mrs Bansal, or Shanoo madam, comes into the picture. Her husband Naveen (Pradhuman Singh Mall) travels for work, so Shanoo is often left alone at home. It takes little for the men of Meerut to accidentally stop over and the rumour mill to go into overdrive that she is sleeping with most of the city.

The wives of Meerut have worried meetings at home, discussing their horrid husbands but mostly badmouthing Shanoo for luring them. Nand manages to get private tuitions with Shanoo madam, where he gets closer to the couple, discovering a secret about their lives, altering his perception of his alluring teacher and how he views relationships. 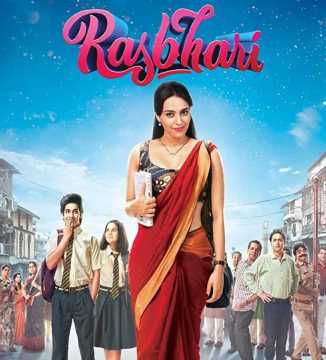 The big reveal about Shanoo, when the title of the web-series finally begins to make sense, is a bit disappointing, to say the least. Whatever you might have been expecting, it certainly wasn’t this. However, after this longish unveiling, around the halfway mark, the series begins to take a bit of an upward tick, as Nand finally grows a spine.

The series, created by Shantanu Srivastava and Tanveer Bookwala, is another small-town story, filled with the small-town prejudices and misconceptions about sexuality and gender. Srivastava, who has also written the web-series, brings up valid discrepancies about how men and women are treated in society but doesn’t give some of the characters the comeuppance they sorely deserve. Furthermore, a character’s mental health diagnosis is introduced but not properly addressed.

Some of the characterization is broad, with men and women largely sticking to stereotype. Director Nikhil Nagesh Bhat doesn’t reign them in. Swara Bhasker’s Shanoo remains enigmatic till the end, and the actress does her best with a character whose mind isn’t fully revealed to us. We get flashbacks of different stages of Shanoo’s life in Bijnor and Hapur in each episode’s opening, but we still don’t get closer to knowing her or her intentions.

Saxena is a typical teenager, obsessed with sex, who finally learns how to treat women. Mall performs well as Shanoo’s well-meaning husband. The young cast of Agdekar, Akshay Suri as Vipul and Akshay Batchu fit the scenario as unsure teenagers who are just trying to navigate life without their elders finding out about their vices.

Rasbhari’s biggest error though is dragging out its story over eight episodes. There is too much exposition sometimes. Perhaps this could have worked as a film, not a web-series.

Cinestaan Curates: Kush is a moving film that examines the erosion of humanity in a time of crisis

Shubhashish Bhutiani's short film is frightfully relevant as it is testimony to the mindless the...

There are moments of interesting detailing that make the film an engaging watch even if it is not to...

The Indian adaptation of the Dutch series Penoza follows Sen as Aarya Sareen, a perfectly poised and...