Veteran Dhritiman Chatterjee’s dignified rendition of Professor Shanku shows none of the traits that his creator had imbued the character with.

Satyajit Ray set most of his detective Feluda stories within India so that his Bengali readers could relate with the locations and visualize them. Feluda’s contexts are also true to life and hence easy to transform into cinematic adaptations as well. However, he unleashed his imagination within the periphery of science fiction with Professor Shanku. The professor's world is bizarre yet fascinating and opens the doors of the reader's imagination as well.

Transforming this popular literary creation into a visual tale is not easy and that was probably why Professor Shanku remained untouched all these years when it came to cinematic adaptations. Recent technological advancement in visual effects and graphics perhaps pushed filmmaker Sandip Ray to attempt the first cinematic adaptation of the story titled Nakur Babu O El Dorado into Professor Shanku O El Dorado (2019).

However, the vision of the great filmmaker's son does not quite convey the true flavours of Professor Shanku as conceptualized by Satyajit Ray. First of all, Professor Shanku is not a suave man who fits the normal image of a noted academic. He is an eccentric genius and his inventions are fictitious too. Satyajit Ray purposely lent this flavour to the character to make his readers aware of the fine line between fiction and science, since his readers were mostly teenagers.

The film, however, misses this particular essence of humour and amusement throughout the plot. It is hard to watch Professor Shanku in such a monotonous and simplistic cinematic representation that doesn’t contain a single element to excite the audience. 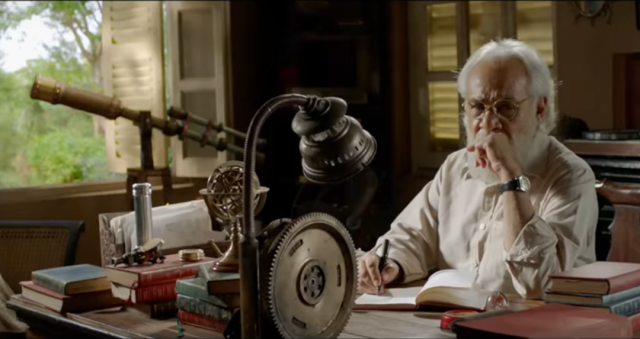 Dhritiman Chatterjee’s dignified rendition of Professor Shanku shows none of the traits that the character had been imbued with by his creator. His narration in the beginning sets the tone for the film. The film misses a spark throughout and so, unfortunately, does Chatterjee's performance. His conversations with fellow scientists with his newly invented hologram technology are portrayed as the most mundane act, with a screenplay that doesn’t for a moment give out the essence that Shanku’s world is beyond the perception of normal human beings.

In the film, Shanku gets invited to a conference in Sao Paolo, Brazil, after an article on his inventions is published in Cosmos magazine. An interesting man called Nakur Babu (Subhasish Mukherjee) pays him a sudden visit. The clairvoyant man informs him of impending dangers in Brazil and Shanku decides to take him along to the conference.

The original story was titled Nokur Babu O El Dorado, precisely because Nakur Babu has the primary role in the story. The director changed the title to try and make it a Shanku film, but has not been able to succeed in the attempt. Throughout the film, Nakur Babu continues to be the most intriguing character, not because of the script but also on account of Subhasish Mukherjee’s dramatic performance. 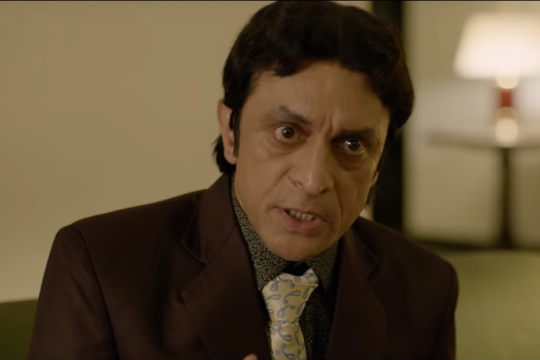 While Shanku’s presence does not lead the audience towards a single moment of anticipation for a twist in the narrative, Nakur Babu does intrigue it about his next moves. On the other hand, the conspiracy of the enemies and the whole episode of the mystery surrounding ‘El Dorado’ are treated in such a linear fashion that it does not allow the audience to feel a moment of suspense. The climax does not come across as surprising at all.

To amaze and entertain the audience through visual effects and graphics, Bengali cinema still has to go a long way. Perhaps filmmakers would do well to remember that if they want to impress the audience with a visual treat, they should bear in mind that the audience today is exposed to the best of international content on digital platforms.

Dhritiman Chatterjee’s appearance is nothing short of boring throughout the film. Thankfully, Subhasish Mukherjee compensates for the experience by transforming himself into an avatar of Nakur Babu that comes across as naïve but has a lot to reveal at the right moments. His expressions are engaging and poignant too.

Soumik Halder does not engage in any kind of experimentation with his camerawork, following in the footsteps of the director who seems to have refrained from taking any kind of risk in representing the story cinematically. Sandip Ray's music simply adds to the monotony of the movie, with an outdated version of his father’s ideas of a background score.

Professor Shanku O El Dorado is an underwhelming adaptation that offers nothing but a glimpse of how actor Subhasish Mukherjee can transform himself into various shades of characters with ease. But for his and Shanku’s cat Newton’s presence on screen, the film verily ruins the experience of a joyride with Shanku.