Friends Balu and Chaani are sitting on a fallen tree trunk, sipping their favourite cold drink, pipsi. Between the kids is a glass jar containing their pet fish. From the legend of king Satyavrat they heard at a religious gathering, Chaani believes the fish holds the soul of her ill mother. They christen their ‘kaala kaala ani gode gode’ (dark and sweet) pet Pipsi. The barren land, devoid of water or vegetation, is Balu and Chaani’s playground. Their zeal for life is in complete contrast with the worries of the village adults.

This panorama is a telling picture of the two worlds in director Rohan Deshpande’s film — the incorruptible innocence of the children and the bleak circumstances of the adults plagued by the farm crisis.

Pipsi the film is full of such persuasive imagery — a dry dam, hungry cattle mooing all night, an apathetic bureaucracy, farmers killing themselves over debts, opportunistic land sharks, the list is endless. The beauty of these is the subtlety with which they are woven into the story. And yet, the film makes complete sense even for someone who may be completely ignorant of India’s farming scene. The city folk’s greed for 'holiday homes' in villages and complete disregard of the fast evaporating natural resources shows a mirror to our own treatment of our cities, not just rural India. 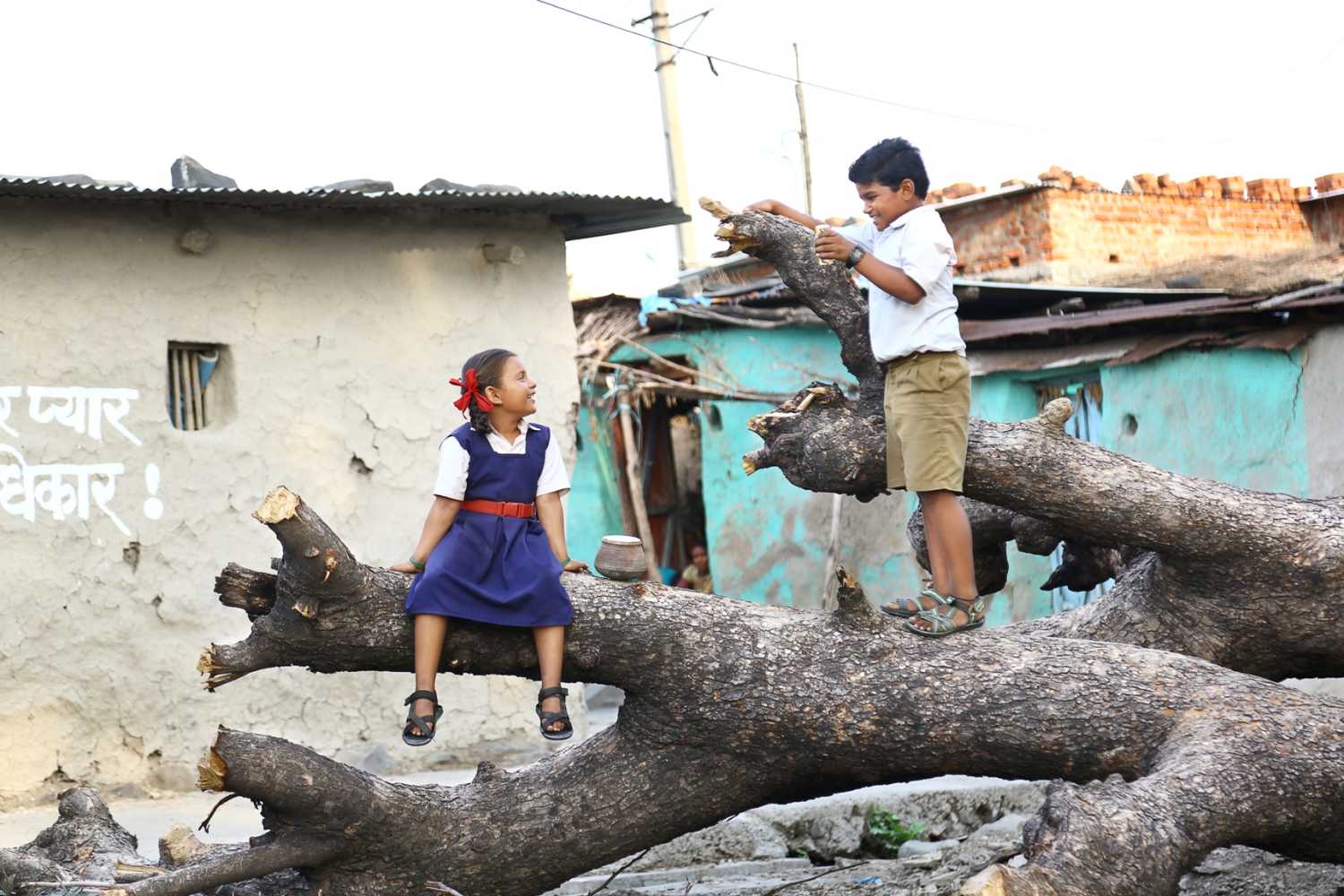 Director of photography Abhiram Mishra does a fabulous job capturing the sights of a crisis-stricken Maharashtrian village called Rakh with a population of 836. Mishra is ably supported by music and background score composer Debarpito. This technical team cogently translates the director’s vision on a large screen.

Deshpande dreams in panoramas and that is a good thing (albeit ominous) for a camera-friendly location.

The film opens with an enthusiastic Chaani (Maithili Patwardhan), wearing bright green sunglasses, sitting by a train window. She and Balu (Sahil Joshi), looking equally dapper in his yellow-rimmed sunglasses, are set for the journey to Pandharpur (a temple town). They sip on their cold drinks, free of care.

This sequence is a perfect example of perspective photography, as the true nature of their journey is revealed as the camera moves away and the sound design drowns out the railway platform din. Chaani and Balu are in their secret hideout — an abandoned train coach — where they come to play, and wave out to a passing train, dreaming of riding in it someday. With this strong opening, director Rohan Deshpande sets the tone for a film with multiple layers.

The film revolves around the adventures of Chaani, Balu and their fish Pipsi, as they are completely oblivious to the farm crisis unfolding in the adult world around them. As Chaani’s mother is given only three months to live, the children protect their fish Pipsi as they believe her mother’s soul is in the fish. Their banter is natural and the most enjoyable part of a film which has the tag line, ‘a bottle full of hope’. They pray at multiple temples for Chaani’s mother and even take Pipsi to school for safe-keeping. The narrative becomes the girl’s fervent efforts to keep her fish, and, thus, her mother alive. 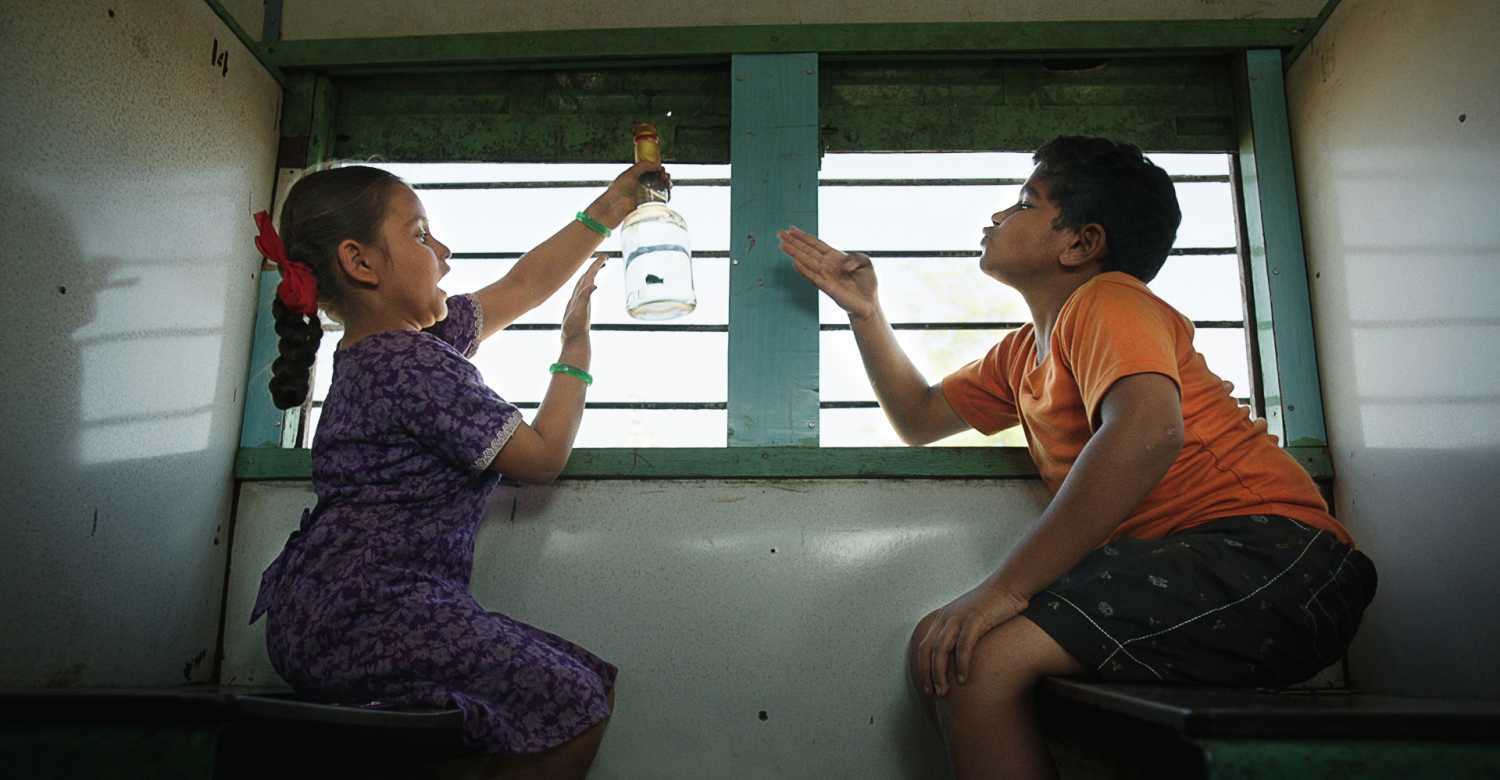 For the sceptic, this concept of hope and belief may sound, well, fishy. But the way it is handled makes for compelling viewing and acceptance. From the first scene to the last, the smile never leaves your face. Every scene seems to have been carved, nurtured and placed with care to make a point subtly yet effectively. There are no missteps that could make the film too unrealistic and the doubting adult in you will question: how is it so perfect?

Story writer Saurabh Bhave and screenplay and dialogue writers Jyoti Chitiya and Abhijeet Saapare come up with a tight script, with no passengers on this fun train ride.

At the end of the day, Pipsi is a film about hope and belief — states of mind seen through the eyes of two adventurous children, whose friendship is a delightful part of the film. The scene in the abandoned coach where Balu urges Chaani to study because he is afraid she will fail and remain in their current class is fun. His reasoning makes it more adorable. He admits that he is worried who would do his homework if Chaani didn’t get promoted with him to a higher class.

While Chaani goes to great lengths to help save her mother’s life, their relationship is explored only in limited sequences. Director Deshpande smartly avoids mentioning what Chaani’s mother is suffering from. It’s the right thing to do for a story seen from a child’s perspective. She knows her mother is dying and that is enough.

Maithili Patwardhan and Sahil Joshi are a treat to watch. Their expressions, body language and dialogue delivery are perfect. Their support to each other's characters enhances their individual performance manifold.

Chaani’s father (played by Atul Mahale) and mother (Abhilasha Patil) pitch in with worthy performances as poor but loving parents. Balu’s father (Ajay Jadhav) and mother (Pooja Nayak) often add to the comic element in the film. None of these characters goes overboard or oversteps its boundaries, thus letting the child artistes shine and excel.

Director Deshpande presents a beautiful story of innocent faith and dogged hope. Adults take pride in critiquing everything that is thrown at them. Children, fortunately, remain untouched by this curse. Watch Pipsi with the wonderment of a child and it will likely be among the best 99 minutes of your life.