Out Of Love (Season 2) review: Melodramatic saga of warring exes

Rasika Dugal and Purab Kohli return as a bitter and combative divorced couple in this uninspired offering by Disney+ Hotstar.

In the first season of Out Of Love, Dr Meera Kapoor (Rasika Dugal) realizes that her happy, idyllic existence has all been a lie. Her ‘loving’ husband Akarsh (Purab Kohli) has been carrying on an affair for two years behind her back, after 13 years of marriage, with most of her family and friends being aware of it.

Adapted from the BBC series Doctor Foster, the Indian version is largely faithful to the British show, with a few tweaks here and there to localize the storyline. When we left the Kapoors at the end of Season 1, the family had parted ways with Meera and her son Abhi staying back in Coonoor, Tamil Nadu, and Akarsh leaving with his 22-year-old girlfriend Alia (Meenakshi Chaudhary), who is now expecting a child. 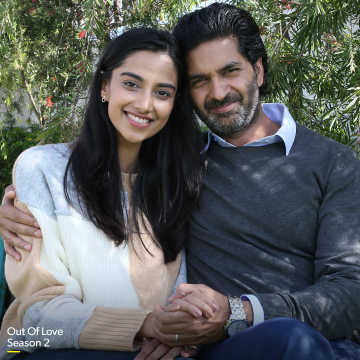 The second season begins with Akarsh returning to the hill station with his new family from Delhi three years later. This time around, he is on a mission to reclaim his old life and sets out to disrupt Meera and Abhi’s lives. His son (Kabir Kachroo), now a teenager on the cusp of adulthood, has to contend with his warring parents besides the problems that adolescence brings.

The first season was co-directed by filmmakers Tigmanshu Dhulia and Aijaz Khan and co-written by Suyash Trivedi and Abhiruchi Chand. It featured Dugal as a woman whose world spirals out of control when she finds out her husband has been unfaithful. Meera becomes impulsive and vindictive as she tries to hurt Akarsh and Alia for their affair by exposing them.

The second season is directed by Oni Sen and co-written by Preeti Mamgain, Eisha Chopra and Rajesh Chadha. While the characters have grown older, none of them acts wisely. Meera and Akarsh are constantly sniping at each other, wanting the other to leave and using their son as leverage. Naturally, his mental state begins to suffer. 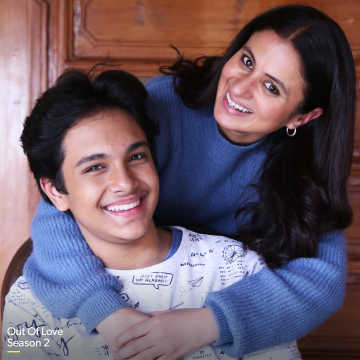 By the time the couple realize the extent to which they have pushed each other, they have alienated and broken quite a few bonds with others.

The characterization suffers here. In the first season, Meera had her practice to ground her, while now she easily slips into self-sabotage mode without much thought. She can’t help but make bad decisions any time her ex-husband is in the vicinity.

Akarsh is more of a villain who seems to be biding his time to exact revenge. Their silly acts of one-upmanship get tiresome, but it does help that this saga of revenge and heartbreak is set in picturesque Coonoor (where everyone speaks Hindi apparently) with beautiful bungalows dotting the landscape.

But the gorgeous cinematography by Harendra Singh aside, the Kapoor versus Kapoor scenario grows old fast as it is stretched over five episodes. There is no revelation leading up to the finale, just more turmoil and tears in the small family as they work out their internal and external problems. No one around them even suggests that the troubled family seek counselling, opting to watch them fall apart. There is also a troubling incident where Abhi harasses his friend Gayatri on whom he has a crush, but it is brushed aside to devote more screen space to his feuding parents. 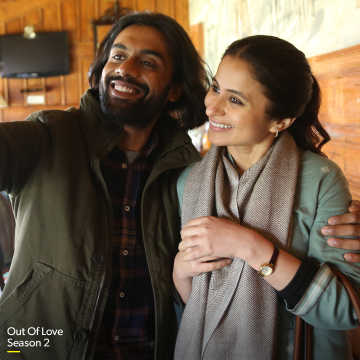 Out Of Love is a fine vehicle for Dugal, who has played strong supporting characters in web-series such as Delhi Crime and Mirzapur. She embraces all of Meera’s flaws as she gets unnerved by her ex-husband’s presence again in her life. Kohli, like Dugal, becomes comfortable again as the smarmy Akarsh, who finally has all his lies exposed yet again. Kachroo, as their 15-year-old son, is also quite impressionable, as he deals with the scars his parents’ fights have left on him.

However, despite the strong acting, the writing and direction feels a bit underwhelming this time around. The circumstances are too convenient and contrived, like Meera showing up to Akarsh and Alia’s wedding anniversary party, uninvited, with a date, who just happens to be her son’s music teacher. The formidable ensemble cast, which includes Harsh Chhaya, Ekavalli Khanna and Himanshi Choudhary, can’t entirely lift up the series.

Despite these flaws, the five-episode web-series is a bingeable watch, just like a train wreck.

Disney+ Hotstar is now streaming all episodes of the second season of Out Of Love.

Skater Girl review: An overly optimistic, life-affirming tale that has its heart in the right place

Manjari Makijany's film showcases the coming-of-age struggles of a teenage girl in an Indian the...

Sunflower review: Goofy comedy disguised as murder mystery is neither funny nor gripping

The eight-episode web-series is banal, lacks depth and has supporting characters that serve no apart...