Director Ravi Jadhav's bold and empowering narrative does not end on the same note.

Ravi Jadhav, who has made a string of successful films, including Natrang (2010), Sound Of Heaven: The Story Of Balgandharva (2011), Balak Palak (2013) and Time Pass (2014) among others, takes an artistic turn and attempts to tell the story of two women who turn to nude modelling for artists to support their families.

Yamuna (Kalyanee Mulay) gets ushered into the world of nude modelling by her aunt Akka (Chhaya Kadam) after she leaves behind her abusive husband and his infidelity, and moves to Mumbai. Yamuna is initially repulsed by the idea of dropping her clothes, but the money is good, and she needs it to support her son Lakshman (Madan Deodhar).

Co-written by Jadhav and Sachin Kundalkar, Yamuna's transition from feeling immense guilt, to coyness and then being comfortable with her body and enjoying the artistic expression is depicted beautifully.

While Naseeruddin Shah (who seems to have been modelled on MF Hussain) has a philosophical explanation for the need to paint nudes, the director makes it clear several times, that the primary purpose is the education of the artists.

Jadhav's film has been through turbulent times for its explicit content. The film was excluded from the International Film Festival of India (IFFI) last year, due to a mandate by the ministry of information and broadcasting, citing vulgarity.

Incidentally, Jadhav depicts a scene (which was perhaps his weakest moment as a director in the entire film) where a bunch of people barge into the college, protesting against female nudity and vulgarity, without even considering the need for freedom of artistic expression. 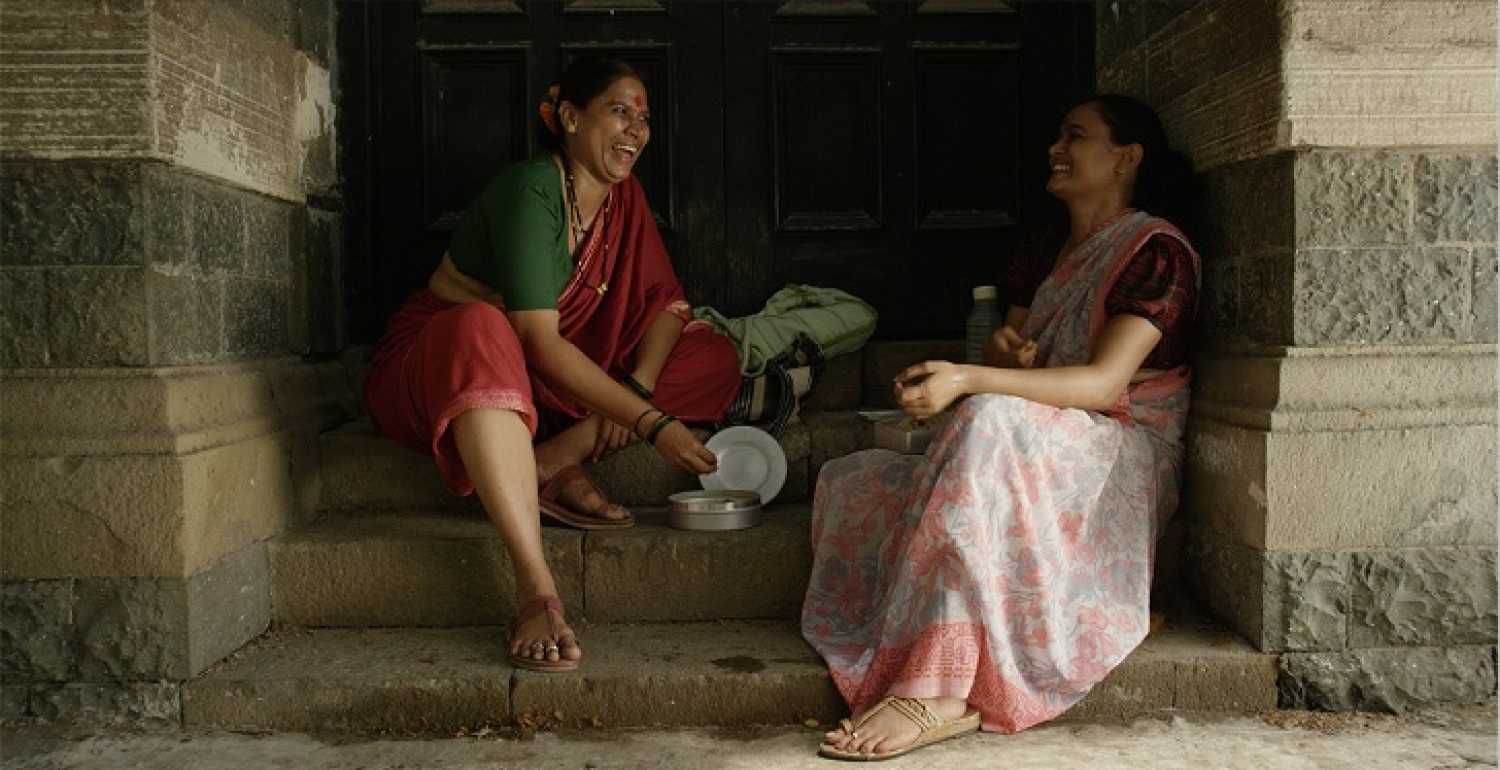 While, the director touches upon artistic expression, the core of this story focuses on women's freedom of choice, when it comes to their body.

To his credit, Jadhav has shot all the nude scenes with artistic brilliance, supported ably by cinematographer Amalendu Chaudhary. The visuals are stunning, every frame thought out carefully and aesthetically.

The camera traverses the body of the two women unabashedly and yet with a lot of care. Jadhav makes sure that long shots of the nude women are blurred and the objects are placed strategically in mid-shots to protect the modesty of his actors, so that the nudity is mainly restricted to the paintings.

While his tasteful approach in depicting the unclad bodies works wonders, in many other places Jadhav's frames and camera angles feel quite self-conscious and deliberate, more than organic.

But even more unfortunate is that towards the last act, the narrative really spirals downward. The tragedy of her son not understanding what his mother does for a living hasn't been handled too well.

The performances are top-notch. Kadam and Mulay are especially good in scenes depicting their lovely interactions with each other. Kadam puts in a strong performance as a fierce woman who does not mince her words. She lights up the screen every time she appears on it. Mulay, playing the more vulnerable part of the two, shines too, as her character gets a bigger arc.

And it is these performances that hold the film together when it begins to fall weak in the latter part. Jadhav is trying to make a point about vulgarity lying in the eyes of the beholder. He is also making a point about a woman being judged by her own for how she chooses to use her body because all her dignity lies in her body. But the treatment of the subject towards the end takes you away from these very points, as Jadhav opts to focus on a quick tragic resolution to Yamuna's life.

The end is like a slap on the audiences' face for expecting a bold and empowering narrative to end on the same note too.

Photo Prem review: Short, bittersweet take on a woman's struggle to get the perfect snap

Neena Kulkarni delivers an excellent performance as a camera-shy housewife in this simple film by...

Cinestaan Curates: Arjun is a simple story that tugs at your heartstrings

The Disciple review: Quiet, masterful study of passion and ability

Chaitanya Tamhane’s follow-up to Court (2015) is an insightful look into the world of music, a...