Nirvana Inn review: A deep dive into the psyche of guilt, fear and death

Vijay Jayapal's film is an atmospheric experience about the struggle of a man to come to terms with the past that haunts him.

The mind, the poet Milton said, is a place of its own and can make a heaven of hell, or a hell of heaven. Though set in the idylls of Manali in Himachal Pradesh, Vijay Jayapal's Nirvana Inn captures the depth and truth of this statement. A serious contemplation of the nature of man's psyche, riddled with guilt and obsessed with death, the film is a fascinating, atmospheric experience of a disturbed soul.

Jogiraj (Adil Hussain) is a disturbed man who has left his hometown to escape to a quiet resort in Manali, named Nirvana Inn. Working as a resort manager, he hopes to spend the rest of his days quietly. The reason he left his hometown is a terrible boat accident, whose memories keep him awake at night. But when Jogi starts seeing mysteriously familiar faces and masked menaces and hearing terrible noises in the night, he begins to wonder if he is going insane or if he is haunted.

Jayapal's work takes off from the question of how a guilt-ridden survivor would live. In that, it tackles the questions of internal psychosis, neurotic fears and suspicion. These, in Jogi's case, manifest themselves in the people around him. The film manages to create an eerie atmosphere that slowly seeps into the viewing experience. There are no jump scares, no dramatic music, no sudden appearances. 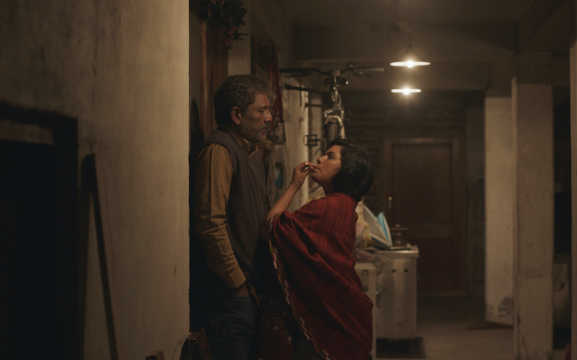 These are replaced by an ensemble of curious guests behaving mysteriously. Or, perhaps, it is Jogi who views them as mysterious. Among these is the fantastic Rajshri Deshpande as Mohini. Her arrival sends Jogi's neuroses into overdrive, and her behaviour keeps the film on an edge. This is paralleled by the slow descent of Leela (Sandhya Mridul), a scriptwriter, into insanity. 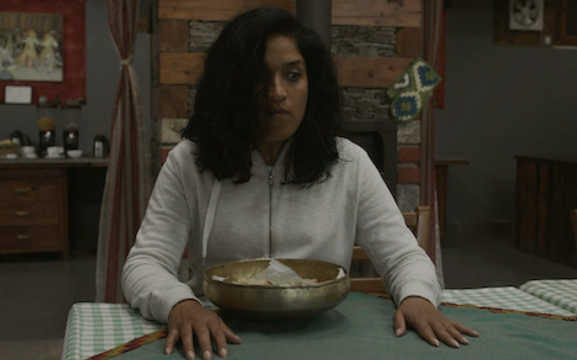 Nirvana Inn's psychological drama is explored on several levels through symbolism and imagery. A key element is the Bhaona dance, which Jogi used to practise. The folk dance from Assam involves actors wearing masks to play demons.

The names Nirvana Inn, Mohini, Leela, Jogi, all play on themes of illusions that drag you deeper into the mess. The dance itself happens at a key moment in the second half, when Jogi dreams of being Krishna in the Ras Leela. Instead, what he keeps finding in front of him is the demon mask. How does he transform himself from the demon into the god he wishes to be? How can he stop the demon from popping up every now and then? That's the question the film seeks to answer.

This sense of mystery is enhanced by Jayanth Mathavan's camerawork. The film captures the world from Jogi's point of view for the most part. It brings to the screen the visual element of horror, particularly when focused on Adil Hussain's pathos-drenched face. The opening scene offers wonderful evidence of Hussain's supreme ability to deliver an understated act and of Jayanth's captivating cinematography.

As a film that attempts to show horror without shocking, Nirvana Inn depends greatly on the sound design of Rajesh Saseendran, which combines silences with the slow tempo music quite efficiently. It is in the silences rather than the noise that you truly feel the chills.

Led by Adil Hussain, the cast of fantastic artistes delivers a good performance. Rajshri Deshpande, as usual, is captivating as the mysterious, scary Mohini. Sandhya Mridul has a smaller part but does her job as the woman who slowly collapses into insanity.

In the end, like real-life saints, Jogi has to sit down and face his own actions to get rid of himself. It is that moment with the mirror that earns him his long-awaited redemption from internal suffering.

Nirvana Inn will be premiered on Cinemapreneur on 11 December.

The constant need to crack jokes and the lame one-liners ruin even some sincere emotional...

The dark comedy, written and directed by Srijit Mukerji, looks at the growing man-animal conflict in...

The 70-minute documentary bagged the Rajat Kamal for the Best Biographical Film at the 65th...