Nimtoh review: Confusing narrative of a boy's desire to attend a wedding

Saurav Rai's debut film holds promise, but a lingering vagueness with the story and characters does not allow us to fully connect with the work.

Set near Darjeeling, West Bengal, Saurav Rai's film begins with a boy intently peering into the camera. Of course, he is not looking at us but at the big house across from the little hut where he resides.

The mischievous but largely silent Tashi (Pravesh Gurung) lives with his elderly grandmother on the property of a well-to-do family. Grandmother and grandson guard the property, where cardamom grows, from animal predators at night, but it is evident early on that the owner (Sunil Rai) distrusts the pair.

His wife is kinder and includes ways to share their largesse with them. But it isn't enough for little Tashi. The owner and him have a tense relationship, with the boy pushing him to the limit at most moments.

Soon, it is time for a wedding as the couple's son is getting married at short notice and 50 invitations have been sent out to the village. The wily Tashi saves one for himself and his grandmother. But he needn't have worried. The mother of the groom warmly welcomes them both, even though Tashi still has to do chores before the party is done.

But an incident after the wedding has wrapped up puts a rift between the owner and the grandmother. The film takes a darker turn as characters hold things and secrets to their vests, and the action comes to a head. It is here that the film is confusing, as the minimal dialogue hints at a larger, unexplained story. 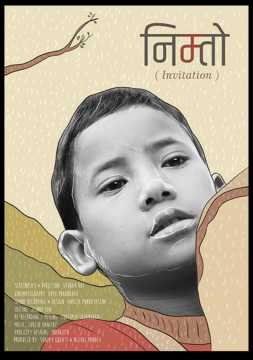 Rai has a great hold on the atmosphere and setting of the film. The isolated yet rustic charm of Darjeeling seeps through. Cinematographer Appu Prabhakar takes us through the topography of the cardamom orchard, the darks of the night and the coziness of the interiors, away from the howling winds. There is one beautiful shot where the owner looks out of his window to where the grandmother carries a flaming torch through the darkening evening, on the lookout for Tashi.

The first-time filmmaker sets the Nepali-language film in a world that he knows, casting locals and family, his father and grandmother included. Young Pravesh Gurung as the impish Tashi brings a smile to your face, but one wonders whether his character realizes that his actions have consequences. The little boy, without friends of his own, living in a world of adults, behaves badly and without thought most of the time.

Rai takes the story forward in a leisurely manner even though it is only 85 minutes long. He withholds certain information and does not allow the audience to fully connect with the characters and the overall storyline. The promising filmmaker has a keen visual eye and his characters are compelling; they just needed to be etched out a bit more coherently.

Nimtoh was screened on 22 October 2019 at the 21st Mumbai Film Festival and again at the Kazhcha-Niv Indie Film Festival in Trivandrum, Kerala, on 8 December 2019 and at the Arthouse Asia Film Festival, Kolkata, on 7 January 2020.