The thriller, said to be based on a true story, raises some intriguing points but fails to do justice to these topics.

“Jurm to dimaag karta hai, insaan par toh sirf ilzaam lagta hai [The mind commits the crime, the body takes the blame].” This theme is explored in Nail Polish (2021), an ostensible mystery written and directed by Bugs Bhargava about a man accused of gruesome crimes.

However, while the gripping narrative presents a riddle wrapped in a mystery, it is unable to deliver the goods when it needs to. Which is a shame because the cast, made up of Manav Kaul, Anand Tiwari, Rajit Kapur and Arjun Rampal, delivers strong performances, with each character trying to convince us of their methods.

In Lucknow, Veer Singh (Kaul) stands accused of killing of migrant children. The former security forces officer is now a beloved sports coach and mentor to young children, and there are several key pieces of evidence that seemingly implicate him. 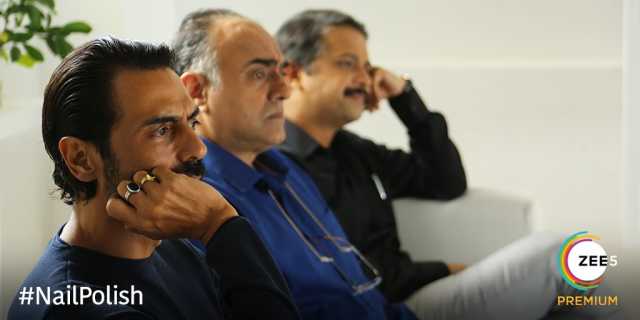 Anand Tiwari plays Amit Kumar, a determined prosecutor who is fighting to bring justice to the parents of two missing children. In the other corner, smarmy legal eagle Sid Jaisingh (Rampal) is trying to uphold the legacy of his illustrious lawyer father. If he wins the case against Veer, Jaisingh stands to gain a Rajya Sabha nomination courtesy of a political party that seeks to use the trial for own benefit.

With a suave pro bono lawyer poking holes in the state's accusations against him , a light appears at the end of the tunnel for Veer. However, a brutal assault when he's behind bars leaves him changed dramatically. Towards the halfway point, the screenplay does a 180, morphing from a courtroom saga to a quieter reflective piece about the lead character and the extent of his guilt.

This shift affects the mood of the film, spilling on to the rest of the characters as well. Kumar seems to lose his focus, while judge Bhushan (Rajit Kapur) gets a half-baked story about a troubled domestic life with an alcoholic wife, played by Madhoo Shah, which gets resolved too easily. Jaisingh also mellows down considerably. 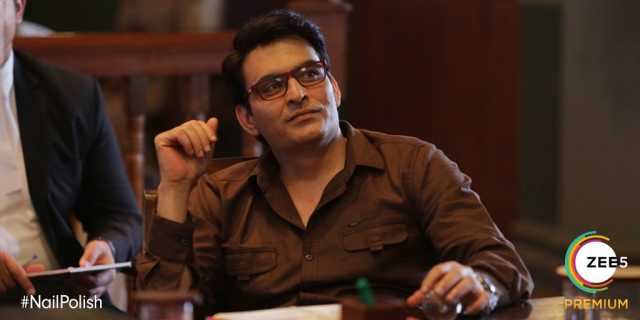 Kaul rises above the uneven script with a commanding performance whereby his character undergoes a startling mental health change. The actor fully commits to the script, asking us to take the aforementioned statement on mind-body dualism on faith.

Unfortunately, instead of leaving us satisfied with its denouement, Nail Polish raises far too many questions, leaving us wondering if it might have worked better as series rather than a film.

Nail Polish is being streamed on Zee5.