Writer-director Prabhakar ‘Meena Bhaskar’ Pant fills the film with misdirection that will have you either surprised or weary by the end.

My Client’s Wife opens with a lone ambulance racing through the deserted streets of Raipur, Chhattisgarh, in the dead of night. Meanwhile, Raghuram Singh (Abhimanyu Singh) is visited by his lawyer Manas Verma (Sharib Hashmi) in jail.

Raghuram's wife Sindoora has accused him of domestic abuse, but he insists she is framing him and accuses her of infidelity. Meanwhile, in a big bungalow, a burkha-clad woman is packing her bags while a man screams for help in a room upstairs. Why is she leaving? And what is she trying to escape?

The film, which has been written and directed by Prabhakar ‘Meena Bhaskar’ Pant, takes us on the 'he said, she said' narrative of a squabbling couple, with a confused lawyer who tries to make sense of it all. The mystery has all the elements of a thriller. 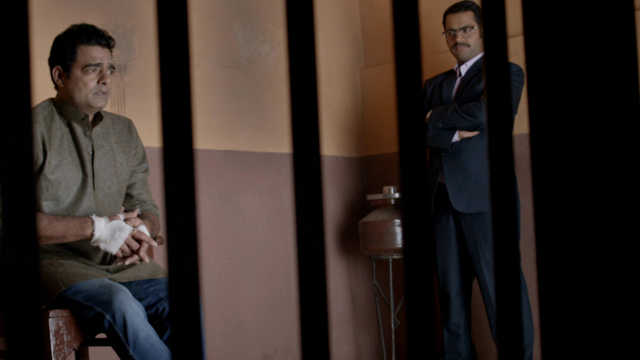 With her husband in jail, Sindoora lives alone and behaves mysteriously, while strange noises emanate from a locked room upstairs. Her servants, who often gaze suspiciously at the house, keep spying on her. Cinematographer Mazhar Kamran uses the spaces in the features to drag out the suspense and make the shadows even more menacing, accentuated by the ominous sound design.

In the past few years, there has been a surge of the unreliable narrator both in cinema and literature. Here, too, the characters have been omitting large swathes of information while deliberately sharing a key piece. Pant fills the film with misdirection that will have you either surprised or weary by the end.

The actions of Raghuram, Sindoora and Manas are baffling. What truth is Manas hoping to uncover? Is Sindoora really innocent as she states or has she framed her husband? And why does a voodoo doll hang outside her bungalow?

The film is filled with questions, which get mostly answered in the last half hour, to unsatisfactory results. You might find yourself scoffing with each ridiculous revelation. The pace and interest of the puzzling first half fizzles as it races to the end. With the action largely set in the Singh bungalow, it gets a bit derivative quickly. 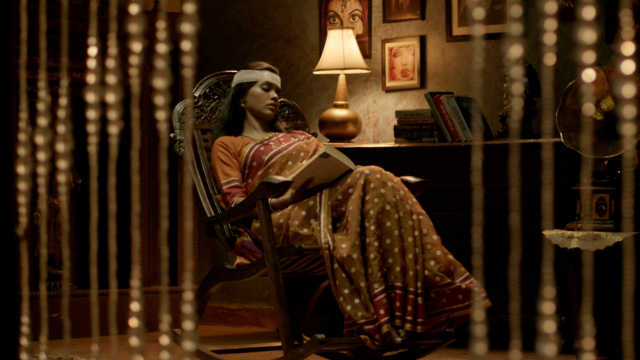 Anjali Patil dutifully commits to her role as a wife who is either a long-suffering victim or a devious perpetrator. The actress gets to play with the many different shades of her character and she delivers an honest performance.

Her co-stars, however, don’t fare as well, but that’s largely owing to the way the characters are written. Sharib Hashmi, as the uptight lawyer, is a solid actor but not used to full advantage. Abhimanyu Singh, meanwhile, disappears halfway into the film.

The problem with My Client’s Wife is that it goes all in for the twist in the tale, neglecting other key aspects of the story. While the eventual revelation is both shocking and perplexing, it does make up for the smoke screen the filmmaker had put up earlier.

My Client’s Wife is now available on ShemarooMe Box Office.

Bhumi Pednekar and Konkona Sensharma star as cousins in conflict as they try to live life on their...

Cinestaan Curates: Catdog creates a dream-like world that will unsettle you

Ashmita Guha Neogi’s short was the only Indian film chosen for the Cinéfondation at the...