Murder In The Hills review: More an outlet for Anjan Dutt's obsession with Darjeeling, liquors and drama

With a messy screenplay and overly dramatic performances, the series makes for an exhausting watch.

Anjan Dutt’s debut web-series Murder In The Hills is an attempt at delivering an engaging murder mystery. But following a messy screenplay across seven episodes that hardly generate any suspense, the climax bores the audience instead of providing a sense of satisfaction with the revelations behind the murder that set off the series.

The design of the climax has been adapted from a popular Hercule Poirot novel by Agatha Christie that was recently adapted into a successful English film. Disclosing the name of the novel or the film is certain to further ruin the experience for those intent on watching this exhausting web-series.

Tony (Dutt), a celebrated actor who resides in Darjeeling, invites his acquaintances to his birthday party, organized by his friend and neighbour Ranjan (Rajat Ganguly) and doctor Neema Pradhan (Sandipta Sen). Tony’s acquaintance, Nepali teacher Sheela (Anindita Bose), invites her journalist boyfriend Amitava (Arjun Chakraborty), hoping that he will have something interesting to cover from the party for his magazine. 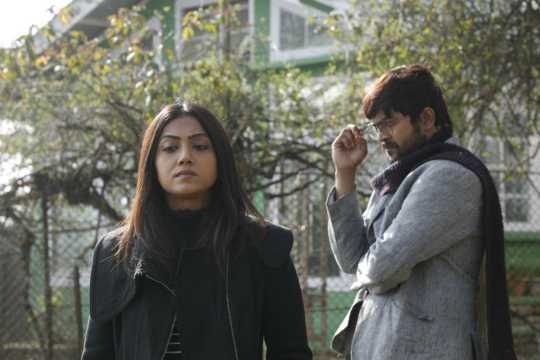 However, the presence of an uninvited guest pushes Tony to lend a dramatic twist to the party that ends with a shocking death. While the rest of the company accounts for the death as natural, Amitava seems convinced that it was a planned murder.

As an investigative journalist, Amitava cannot stop himself from digging deeper into the case that, according to him, has connections with some notorious murders that took place in Darjeeling 30 years ago.

However, his investigation soon begins to irritate Tony's friends. On the way to finding the truth, Amitava learns about some complex equations among the various characters, which comes across as irrelevant and exhausting until a connection is drawn with the murder during the climax.

The rushed screenplay hardly allows viewers to develop any connection with the characters or delve into the developments taking place along the course of Amitava’s queries. Then the climax, with its dragged-out sentimental follow-up of the background of the murder, unloads more on the viewers than they want to see!

Leaving Arjun Chakraborty and Anindita Bose aside, most of the artistes, including Radjeep Gupta as a deputy superintendent of police, Sourav Chakraborty as a filmmaker looking for stories in the murder mystery, and Bob Das (Suprovat Das) as a football coach with anger management issues, have performed their roles with a heightened dramatic style, following that of Dutt himself.

Each of the artistes seems to be presenting different variations on Dutt’s 20 minutes on screen, oscillating between dramatic, angry outbursts and sentimental victim playing! As for Dutt, this must be the veteran's worst performance so far! 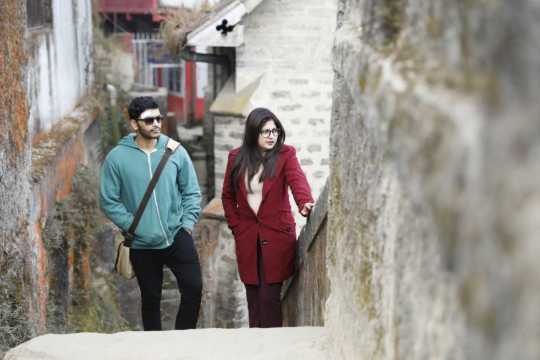 The script gives hardly any scope to establish any of the characters in depth. In the end, a repetitive and simplified connection between the murder and all the characters is drawn to round off the narrative.

Ramyadeep Saha’s camerawork highlights the urbanscape of Darjeeling instead of its famous gorgeous locations. Viewers already familiar with Darjeeling will relate better with the crowded Mall area, the remote slums of Jalapahar, the open-air eatery of Keventer’s and the quaint old chapels, where all the drama unfolds. Md Piyasuddin’s rushed editing makes the messy screenplay even more puzzling at times.

Dutt’s recent works, including the film Saheber Cutlet (2020) and now this series, seem to be products of whims that lack sincere efforts at a creative production. The web-series certainly appears more an outlet for his obsession with Darjeeling, drama and liquors than an attempt at storytelling.

Murder In The Hills is now available on Hoichoi.