Birsa Dasgupta’s Mukhosh, an underwhelming remake of the Malayalam film Anjaam Pathiraa (2020), is a tale on how trauma and anguish can turn someone into a ruthless criminal. However, the transformation and motivations of the antagonist have been depicted in a rather simplified manner that hardly conveys his supposed psychological agony.

The film starts with criminologist Kingshuk Roy (Anirban Bhattacharya) getting picked for a team that is hunting down a serial killer, who targets the police and leaves certain clues behind. Senior inspector Kaberi (Chandreyee Ghosh) is put under acute pressure after her juniors get murdered one by one and she loses confidence after the antagonist dumps one of the bodies inside the police headquarters. 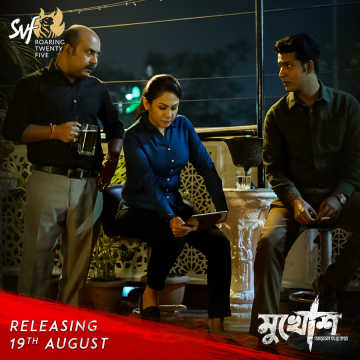 Kingshuk senses a pattern in the murders from the very beginning. His wife Rai (Payel Dev), who is equally interested in understanding the psychology of criminals, aids Kingshuk on his quest.

Apart from providing a rather linear narration of how David S Paul (Tota Roy Chowdhury), the victim of a corrupt system, turns into a vengeful and psychotic criminal, the film doesn’t flesh out his character, who is a borderline genius. Neither does he seem to come across as a troubled individual, struggling to ensure justice in light of a crime perpetrated against his family in his childhood. As an antagonist, David appears as a sorted and coldblooded individual, who hardly exhibits any psychological sickness but rather seem to revel in committing crimes.

Kingshuk, on the other hand, comes across as less intuitive than his wife, later naïvely attempting in vain to get David to repent.

Bhattacharya doesn’t seem convincing as a nervous criminologist in charge of nabbing his first serial killer as he lacks the passion to comprehend the supposed maniac's inner turmoil. 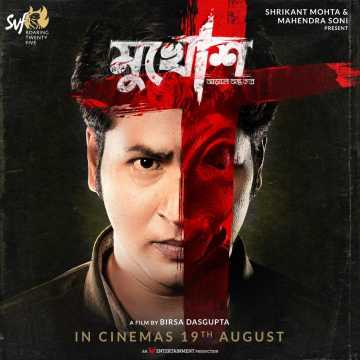 Anirban Chakrabarti delivers an average performance as the dubious police officer Adrish Burman while Ghosh is sincere as a determined yet helpless law enforcer.

Kaushik Sen plays the character of a resolute artiste, not easily ruffled by threats or intimidated by thoughts of impending death.

Tota Roy Chowdhury’s portrayal simply doesn’t fit the character. On the other hand, the actor who plays David’s father in his childhood depicts the pain and helplessness of his situation strongly.

Subhankar Bhar’s sleek camerawork in moments where the characters brood in silence amplifies the sense of psychological confinement. He has also handled the action sequences with finesse. Sumit Chowdhury's editing and Nabarun Bose’s background score almost make up for the shallow screenplay.

Mukhosh's biggest failure is its inability to lend a grey shade to its antagonist whose supposedly intriguing thought process baffles the authorities. The depiction of more tragedic and spine-chilling moments in his back story could have possibly explained his transformation into a deranged lunatic, who spends years trying to exact revenge.

For Each Other review: A simple, life-affirming story about unconventional dreams

Rima Das’s film is a celebration of community living through the story of a young woman and...