Written, directed and edited by Shirish Kunder, the film is a prime example of why not everything backed by Netflix is a step forward for cinema.

If there is a crime that Netflix, as a platform, can be charged with, it is bracketing Shirish Kunder's latest film with David Fincher's Se7en (1995) and Zodiac (2007) as a 'thriller'. It is unforgivable. Quite like Kunder's film that is packed with uniformity in unimpressive acting, a tired script, and an aftereffect that only makes you more conscious of the imprisonment you face for a further two weeks at least.

The film is honest though. In the introductory scene, there is a moment when Sona Mukherjee (Jacqueline Fernandez) tells the tied-up Anushka (Zayn Marie Khan), "Torture toh abhi tumne dekha hi kahan hai [You have not seen torture yet]!." Viewers would do well to take it as a caveat emptor, rather than just another stale dialogue.

The story in short goes like this. Sona Mukherjee is pregnant with the child of Dr Mrityunjoy Mukherjee (Manoj Bajpayee). But before she can celebrate, she is faced with the discovery that her docile husband is a serial killer. A gynaecologist, he is accused of killing six unmarried women who were pregnant, giving them post-mortem abortions. With a petty ex-boyfriend, inspector Imran Shahid (Mohit Raina), providing the evidence, Sona needs to find a way out. On the advice of 'senior' lawyer Rastogi (Darshan Zariwala), she decides to abduct and murder a pregnant woman in the same fashion as the serial killer to take attention away from her husband. Hence, the title.

That might have been an interesting premise, if handled better. In hindsight, that is too big an 'if' for Shirish Kunder. The film lacks any sense of thrill, suspense or even acting (let alone action). Some of the scenes are mindboggling enough to make you question the film's genre. The action sequence (if one might call it that) between Zayn Marie Khan's Anushka and Jacqueline is one such. Or take the clichéd dialogues like: "A male gynaecologist is like a bald hairstylist." Hakim Aalim might have something to say about that. 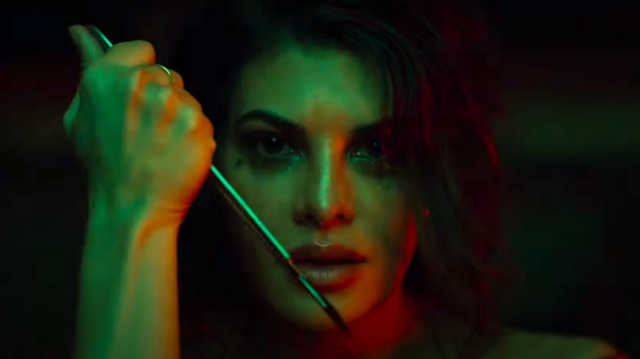 Jacqueline Fernandez has the privilege of playing the lead in this insufferable film, and does her best to play a soulless, expressionless killer. Fernandez is pretty and presentable as a model, but her acting skills have improved about as much as the visible accent in her dialogue delivery. The accent can be forgiven; the absence of any emotional expression cannot.

Thankfully, she has good company in the rest of the cast. Mohit Raina looks as confused as his character, but probably not on purpose. Zayn Marie Khan is another who makes a difficult debut in this already torturous film. The actress overdoes the part with her purple hair and stereotyped black goth outfit to go with the rebellious pregnancy. But the tragedy is her action sequence with Fernandez's Sona, where she displays her taekwondo skills.

Kunder handles those scenes with all the subtlety of a Hong Kong martial arts filmmaker. On second thought, that would be an insult to those filmmakers. At least they had the art portion of the martial arts marked down accurately.

Another scene is the telling of the morbid joke in the climax, a reference to the famed Batman comic, The Killing Joke. Like the martial arts sequence, it is one of those 'homages' that Kunder pays through his film, although how the recipient might feel about it is a different matter altogether. That Kunder made a film titled Joker (2012) is a coincidence that makes for interesting trivia.

Even Darshan Zariwala is cast as the stereotypical hotshot lawyer, who is lying on his deathbed, yet planning for insidious crimes. 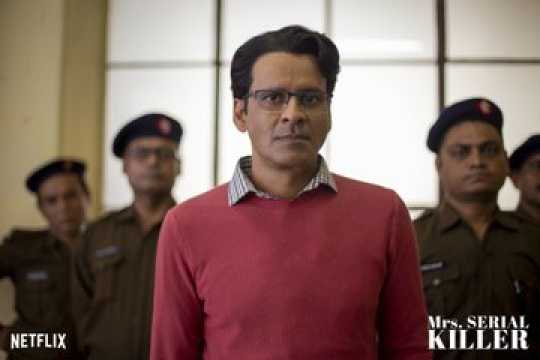 In all this is Manoj Bajpayee. A man who has played such parts brilliantly in, for instance, Kaun? (1999), he cannot escape the inanity of his role here. A National award-winning actor and a Padma Shri, it is a surprise why he chose this film. There is nothing in the script to suggest an emphatic effect. Perhaps it was the narration. The actor makes his best effort to match up to the skills of his co-stars and succeeds occasionally.

In all, for an audience that is trapped within their homes, Mrs Serial Killer is about as exciting as going through dental surgery. It is just as painful and not at all beneficial.