The past few years have seen a real influx of these small-town (read, not Mumbai or Delhi) stories from the heartland of the country. These tales have either worked (see Dream Girl) or not (see Ek Ladki Ko Dekha Toh Aisa Laga); the makers of Motichoor Chaknachoor are hoping that this family rom com will click.

The most fervent wish of Anita ‘Annie’ Awasthi (Athiya Shetty) is to marry a non-resident Indian (NRI), preferably someone from the USA or the UK, just so she can show off to her friends and post pictures on Facebook. The 25-year-old has rejected 10 suitors so far because there is no guarantee of her settling abroad. Annie is fast gaining a reputation of being difficult and, worse, not ‘sanskari’.

With her mother firmly on her case to get married, and with the encouragement of her aunt, she sets her sights on her neighbour, Pushpinder Tyagi (Nawazuddin Siddiqui), at home on holiday from Dubai. With a shared wall, the two neighbours are in and out of each other’s homes. Both families want prosperous marriages for their eligible offspring.

Pushpinder’s formidable mother (Vibha Chibber) is expecting the dowry from his new bride to help ease the way for her unmarried daughter Hema (Bhumika Dube), and pushes her son towards wealthy suitors. But the 36-year-old is desperate to marry anyone and has his head turned by the scheming Annie to join forces in matrimony.

The romantic comedy, set in Bhopal and directed by first-time filmmaker Debamitra Biswal, sets up hilarious roadblocks for its main leads. The couple’s new marriage is tested in many ways possible as they receive double setbacks — Pushpinder learns that his bride doesn’t love him and married him only because he is settled in Dubai, while Annie is devastated to learn that he has lost his Dubai job.

Seemingly at an impasse, how will they reconcile and come to terms with their hasty decisions? Biswal’s film takes us through their hasty courtship and tumultuous marriage, complete with interfering but well-meaning family members. Each has his/her contribution to add to the union of Pushpinder and Annie. 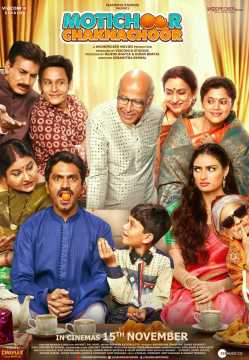 Siddiqui is in fine form as Pushpinder, pushed to the edge and ready to escape from his domineering mother. He moves from meek to assertive in the second half and changes his physicality to play the awkward, insecure suitor, inviting laughs at times.

The actor shares an easy chemistry with Shetty, who makes the most of the role presented to her. In the first half, Annie comes across as bratty and incredibly self-involved, but matures a little by the second half.

Chibber and Navni Parihar playing the mothers of Pushpinder and Annie are excellent as the stereotypical matriarchs, and Abhishek Rawat as Siddiqui’s brother has a laugh-out-loud scene where he struggles through reading aloud a letter in English.

The dialogues by Bhupendra Singh add the local flavour to the situations, and there are extra touches included in the story by Debramitra Hassan that add more realism to the tale. For instance, Pushpinder has Annie’s number saved in his phone as ‘Ani Bagalwali’. 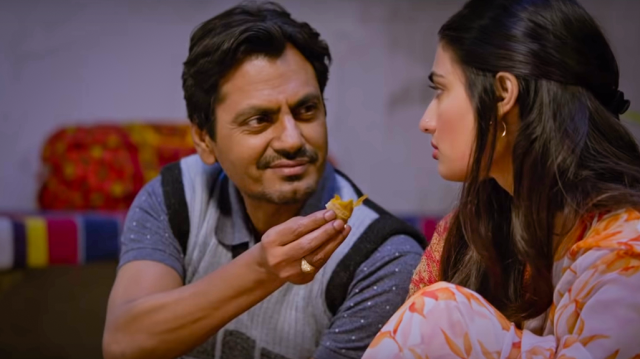 However, the minuses are that the first half places a lot of emphasis on the practice of dowry, normalized here, and plenty of jokes are aimed at an overweight prospective bride for Pushpinder. The second half grows contrite as Pushpinder grows a spine and denounces a dowry from Annie’s father. Later, he finally begins to speak up for himself and his needs.

The film’s production design by Tariq Umar Khan provides the proper lived-in feel of a two-family home, though the product placements slipped in now and again feels a bit jarring. Of the songs, 'Choti Choti Gal' composed by Arjuna Harjai is particularly memorable.

While the pairing of Siddiqui and Shetty might seem dubious initially, Motichoor Chaknachoor makes it work. They squabble, irritate each other but eventually work their ways into each other’s heart. Their wacky antics, complete with overbearing families, might just do the same for you.

Nawazuddin Siddiqui is once again in top form while playing a difficult character....

Lootcase review: Humorous caper that needed to be tighter in its storytelling

The Rajesh Krishnan film, starring Kunal Kemmu as a common man who discovers a bagful of money, is a...