A multi-layered film on love, gender issues and sexuality, Miss Man is both bold and beautiful.

It is often hard to lend poetic expression to an idea that is unsettling, maybe even disturbing. But Tathagata Ghosh nails it in his short film Miss Man with an unconventional yet moving story-telling format and convincing performances by the artistes.

The character of the protagonist Manob (Arghya Adhikary) is defined in the film not only by his bisexuality, but also through his sensitive, introverted nature and his upbringing in a conservative family in a small town. Since childhood, Manob has unconsciously attempted to fit in the binary of gender identities with attires, ornaments and art forms associated with women.

The film, which does not follow a linear narrative, renders a universal touch to Manob's quest for love, respect, recognition and validation, making it the story of thousands of such souls with a similar quest.

The beautiful juxtaposition of the protagonist’s journey as an adult with his childhood poignantly carries the expression of his dreams and fears and the prospect of a future filled with dejection from those whom he trusts the most. When his father (Manoj A Michigan) cruelly punishes him for wearing his late mother’s saree, Manob discovers the root of the anger in horrific visuals of his father similarly torturing a man making love to another in his, that is Manob's, childhood. He remembers how his dreams were crushed when that man, who revelled in dancing and bestowing motherly care on him, was banished from their house. 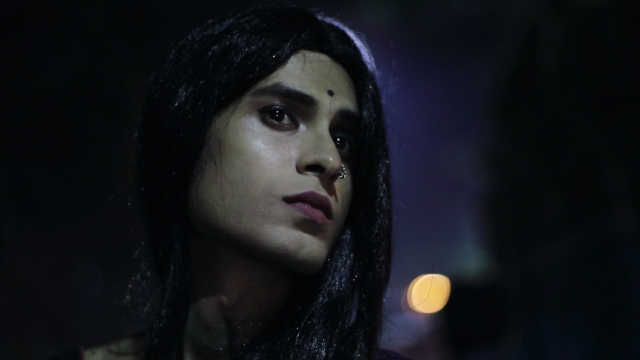 However, Manob's hopes and dreams are not crushed before they attain their fullest expression. He continues to open new doors for himself, with utmost compassion and honesty, only to meet with hypocrisy. His male partner (Bimal Giri) refuses to go against the standards set by his suburban society, saying it won’t accept a man living with another, and owns his bisexual tendencies, only to mock Manob later for expressing a similar passion for girls, calling him a chhakka (eunuch).

When Manob first encounters and helps a woman Jhimli (Payel Parna) during her menstruation, he deeply wishes to go through the monthly cycle himself to relate more with the feminine energy. When Jhimli, who earns her living through prostitution, claims that having the body of a woman is the biggest burden, he expresses his firm belief that one doesn’t need to have a body to become a woman. The feminine spirit is enough. 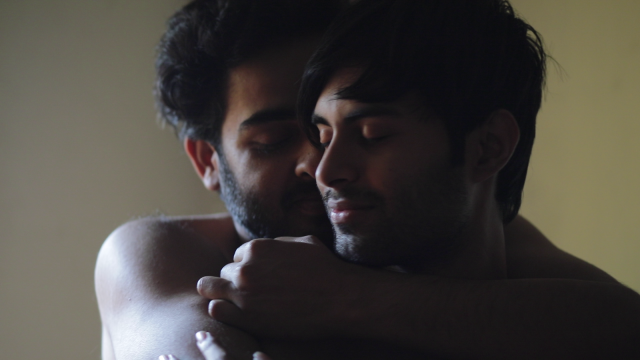 His happiness knows no bounds when Jhimli even allows him to touch her with love and puts her trust in him as he wishes to share her responsibilities. In the moment of bliss after a union, he makes sure to claim his identity with no inhibitions before the woman he is beginning to connect with. In that very moment, Ghosh establishes the most dreaded truth about patriarchy; the woman scoffs at the man’s desire to become a woman as she watches him adoring himself in a sari and says with a jeer that she won’t be able to live with a ‘hijra’.

Ghosh conveys volumes by interspersing the narrative structure with montages of symbolic moving images.The visual composition for conveying the message that patriarchy thrives with support from both men and women has been beautifully conceived, with three separate sequences that bring Manob's male and female partners to the same level of hypocrisy.

At the same time, Ghosh shows the flip side of the scenario by including the character of an independent trans woman, based in Kolkata. Here he has managed to infuse more complexity into the narrative by conveying that in the cities, people born with different gender identities still have more opportunities to take decisions about their lives. In small towns and suburbs, the struggle is more painful as conforming to the demands of society has more value than life itself.

The character of the independent trans woman has crucial importance in the narrative. She not only earns with respect but also has the voice to sing in the open air. The character stands for both privilege and possibilities.

The film focuses on the truth of struggle instead of trying to provide a solution. The climax presents the most jarring contrast when the protagonist claims his identity with possibly the boldest revelation of himself, only to be scoffed at again by the same woman, who refuses to look beyond his male physique.

Manob's father, who only accepted him dressing up in a sari when he made him proud in a dance competition in childhood, feels nauseated and his patriarchal position threatened when Manob follows the same means to earn a livelihood and recognition. 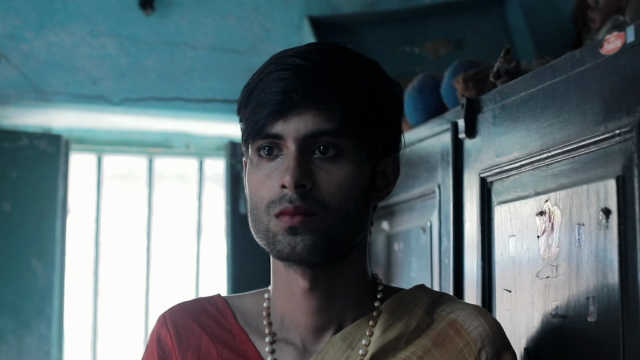 Arghya Adhikary, who is queer in real life, beautifully depicts a sea of supressed emotions under his vulnerable and sensitive exterior, making the emotions of the character strongly felt without going overboard. Bimal Giri, Riddhish Dhar as the young protagonist, Payel Parna and Manoj A Michigan, too, have done justice to their roles by hitting the right chords.

The technical department as a whole deserves credit for the compact conceptualization of each frame of moving images, forming a consolidated idea in the mind of the audience. Cinematographer Tuhin Saha has realized the vision with a particular mood and rhythm, preparing the audience to explore more as the narrative gradually unfolds the multi-layered story.

Editor Amir Mondal, too, deserves credit for compiling the right moments of each of the performances at the most apt sequences. The synchronization of ideas, camerawork, editing and background score, brilliant at a conceptual level, meet at a single point, producing a powerful impact with clarity and making all the hard work seem effortless. Naturally, the director deserves credit for such clear distribution and collection of his ideas.

Aviraj Sen’s music is thoughtful and lends the film a lyrical tone that does not let the audience despair in spite of the disturbing content. It makes the journey smooth, reflecting the mood of each of the array of ideas.

Miss Man has certain moments that will make you want to watch the film again and again. It is not only a mature work of cinema with few dialogues, but it is also worth the aesthetic experience it offers.

Correction, 15 September: An earlier version of this review wrongly credited Mohammed Amir as the film's editor and Tuhin Das as the cinematographer.

Tiki Taka review: An energetic comedy with riots of laughter and a heartwarming tale of friendship

The film, directed by Parambrata Chatterjee,  is a purely entertaining family drama that...

Swastika Mukherjee as Sujata carries this short film on her shoulders. The only other character, her...

Unfortunately, the film fails to explore some of its possibilities and ends up simply being the tale...