The Netflix series, based on Sandhya Menon’s novel When Dimple Met Rishi, follows two teenagers fixed up as potential partners over a summer course.

The latest Indian Netflix original, Mismatched, is a campus romance starring popular YouTuber Prajakta Koli and actor Rohit Saraf. They play teenagers Dimple Ahuja and Rishi Singh Shekhawat who are paired together by their families as prospective matches. While Rishi willingly follows his grandmother’s wishes to be arranged in marriage, the more rebellious Dimple hates everything about it.

Dimple and Rishi attend a summer course at the 103-year-old Aravalli Institute in Jaipur, Rajasthan, where they have to come up with an innovative app, with the grand prize being a lucrative internship. Dimple is fixated on succeeding in life in technology while Rishi, a product of divorced parents, looks ahead to his happily ever after.

Their first meeting ends with Dimple splashing cold coffee all over him, but they move forward as friends after that. Besides the pair, Mismatched is populated with the same commonplace characters — the supportive best friend Namrata (Devyani Shorey), the impulsive roommate Celina (Muskkaan Jaferi), the privileged NRI Harsh (Vihaan Samat) and a group of snobbish rich kids Anmol (Taaruk Raina), Simran (Kritika Bharadwaj) and Krish (Abhinav Sharma). 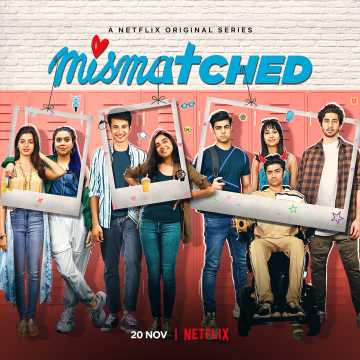 Rannvijay Singha plays their too-cool professor Sid while Vidya Malavade as the widow Zeenat is the lone student in her forties in the group. As the adults, they are sidelined more for the youngsters. Like any teenage soap opera, Mismatched has its love triangles, infatuations and cliques and the web-series approaches them with a fair amount of humour and drama.

Once you move past the cringe-worthy premise in the six-part series, based on Sandhya Menon’s novel When Dimple Met Rishi, the build-up of the love story between the two is clichéd but sweet, largely in part due to the sincere leads. While Menon’s novel was about two Indian-Americans, transplanting the story from San Francisco to Jaipur makes it slightly more believable.

After building up the romance between the leads, the series suddenly hurtles into top gear in the sixth episode, especially the last few minutes, amping up the drama and having many of the teens indulging in some uncharacteristic behaviour. The focus moves away from app development to gaming, to the detriment of the web-series. Mismatched also leaves many issues hanging on a cliff, which is frustrating.

In fact, many plot points and characters in the series are underdeveloped, probably to be examined and resolved in the next season. Lead writer Gazal Dhaliwal, along with Aarsh Vora and Sunayana Kumari, adds great little touches, like Rishi and Namrata’s childhood friendship, but keeps other characters like Anmol generally formulaic. He remains a bully with no redeeming qualities, as yet. 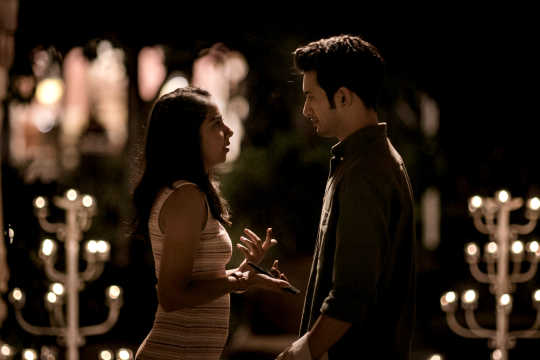 Co-directors Akarsh Khurana and Nipun Dharmadhikari keep the action light and breezy, moving between the students’ personal lives and the course, until the last episode, where it all gets jumbled. The cinematography by Avinash Arun Dhaware and Milind Jog shows off the Pink City, aided by an eclectic soundtrack supervised by Anurag Saikia, which features artistes like Prateek Kuhad, Nikhita Gandhi, Ritviz and Jasleen Royal.

Koli and Saraf ground the series with their portrayals. The YouTuber, in her debut web-series role, takes on Dimple’s drive and ambition and adds the awkwardness of an introvert. Saraf plays Rishi as more of an old soul for an 18-year-old, who is also a really nice guy despite his wealth and privilege. From the friends’ group, Shorey, Jaferi and Samat stand out.

Mismatched could have broken through as a budding millennial teen romance, yet it is plagued by some old-school problems. It remains to be seen whether those are taken care of in the next season, if there is one.