While Ali Fazal, Shraddha Srinath and the entire cast perform admirably, the weak screenplay of the second half partly undoes the good work done in the first half.

The cinematic ecosystem appears out of balance when lovers of noir keep their guns aside and grab the rose. Recently Anurag Kashyap helmed the love triangle Manmarziyaan (2018), and now Tigmanshu Dhulia explores the power of love in Milan Talkies. It's an apt title for a love story based on location.

Set in Allahabad (now Prayagraj), Milan Talkies is a simple love story that faces the usual roadblocks — caste, class divide. Anirudh Sharma (Ali Fazal) is a street smart ‘Jack of all trades’ local who carries out difficult, mostly illegal tasks. The money that he earns is put into making local films.

Annu, as he is fondly called, is hired by Janardhan (Ashutosh Rana) to somehow get his sloppy daughter Maithili (Shraddha Srinath) to clear her exams, so that he can then marry her off to the chosen groom, Charan Das.

Annu devises illegal, but innovative ways to help Maithili pass her exams. In the process, he loses his heart to the girl. This love story begins in the projection room of Milan Talkies, which then becomes their love nest. Expectedly, caste and class divides them, before fate brings them together again after three years.

Milan Talkies is a conventional romantic tale, but Dhulia and writer Kamal Pandey engage you with their refreshing storytelling. Much of this is due to the heartening characters and their performances.

The Annu-Maithili love story pans out organically without the use of any chivalrous tropes. There’s no ‘I love you’ moment. Bold men like Annu simply seek a yes or no. “What answer do I give? You need one, take it yourself,” shoots the girl. And Annu seals it with a kiss. While respecting boundaries, young India has learnt to push the envelope a bit. Fazal and Shraddha exhibit deep passion.

Annu’s life is all about his love for Maithili and for cinema. The passion for the latter has been passed down from his father Dinkar Sharma (Dhulia). Being a small-town filmmaker comes with its own challenges. Annu has to accommodate the local don Captain Pehelwan Singh (Deep Raj Rana) who barges into his shoots. Disappointed by the final edit, Pehelwan is now baying for Annu’s blood.

The titbits that we see from Annu’s films suggest they are meant for the single screen audiences. And why should Annu change his taste? It’s the audience of Milan Talkies that cheers his mushy and over-the-top action dramas.

South actress Shraddha Srinath makes her debut in Hindi cinema. She gave an admirable performance in Tamil film Vikram Vedha (2017). The Kannadiga actress was born in Jammu & Kashmir and lived across various cities of India. She’s equally adept at Hindi and playing her part.  She has a great screen presence and backs it up with a fine act. She goes a bit off the boil in the second half, but show’s promise nonetheless. Shraddha perfectly fits the bill for a small-town girl's role. 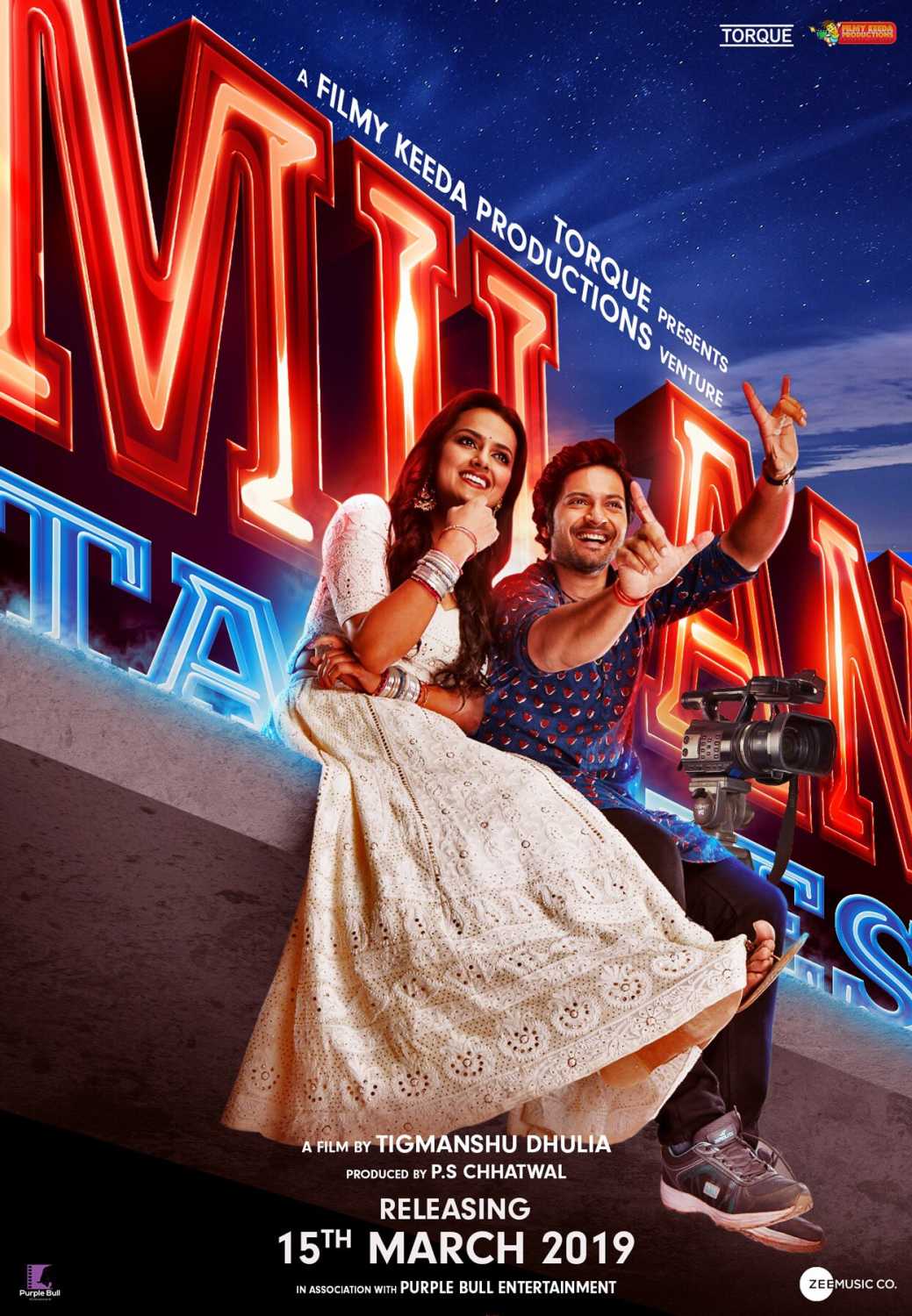 Dhulia’s leads do a fine job, but it’s the supporting cast that’s the heart and soul of Milan Talkies. Dhulia himself leads the way as the overtly passionate movie buff. Dinkar embodies the silly cinephile whose celluloid dreams are long shattered, but he continues to amuse people around him by incorporating film dialogues in casual conversations. Dinkar Sharma draws whistles and the loudest cheers.

Then we have Hariya (Rajiv Gupta), Maithili’s maternal uncle. Hariya is a simple jolly man who we all love to have around in the family. Still a bachelor, Hariya can be played around with easily, but the man always sports a smile. To make Maithili stay longer with him, the wily Annu cajoles Hariya into believing that he is apt to play a heroic cop. Poor Hariya is tied to a tree, as he passionately delivers the punch lines, but soon realises he’s only talking to thin air! It is hilarious to watch Gupta.

Pahelwan Singh (Deep Raj Rana) brings back memories of Aslam Bhai (Johnny Lever) from Love Ke Liye Kuch Bhi Karega (2001). Aslam was a Mumbai goon, while Singh is a self-styled Baahubali from Allahabad. Dangerous they may be, but these men are also gullible. Show them the camera, or promise of working with a star, and they easily turn into excitable kids.

Dhulia and his fellow cast play the part, but the director loses grip in the second half. While we are informed of Annu’s first 12 days in Mumbai, there’s nothing to show how he got his break in Bollywood.

The actors still hold their own, but the banal, shabby screenplay in the second half partly undoes all the good work in a near flawless first half. Milan Talkies is still a better effort from Dhulia, the director. This film helps Dhulia regain respect as a filmmaker.

Milan Talkies has been a long cherished dream for Dhulia. With the film finally releasing today, Dhulia can sit back and be content with his effort.

Uljhan review: A couple wrestles with an ethical dilemma in this thoughtful, compelling drama

First-time filmmaker Ashish Pant has crafted a sensitive feature that examines the weighty issues of...