Suvinder Vicky is quietly effective as a lonely truck driver dealing with several crises at once in writer-director Ivan Ayr’s sophomore film.

Meel Patthar (2021) opens with Suvinder Vicky’s Ghalib clocking into office after a delivery. He is tired and achy, and doesn’t notice that his truck has gone over five lakh kilometres. The experienced trucker has other, more worrisome things on his mind to celebrate this particular milestone.

Ghalib has thrown himself into work, taking up double shifts, after the suicide of his wife Etali. “I don’t even know where I live any more,” he remarks upon returning to his ancestral village. Facing the sarpanch and Etali’s family, he insists he did all he could for her; even uprooting to Delhi for her sake. It is decided that a compensation must be made from Ghalib to his grieving in-laws for his neglect.

While the stoic man has bottled up his feelings about Etali, he is facing a crisis of another kind at work. His friend and colleague Dilbaug has been ousted for his ailing vision during night shifts, and after Ghalib brings up his back pains, he is saddled with a new trainee Pash (Lakshvir Saran) to groom. 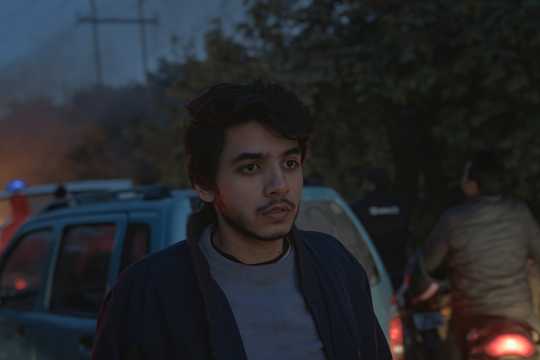 There is also a strike by labourers who help to load the cargo on to the trucks, which brings to light the shaky ground the drivers and, in effect, all workers stand on against their bosses. Though he doesn’t say it initially, Ghalib worries when Pash is assigned to him.

At the back of his mind, he slowly wonders about being replaced, even though the young man is green, and eager to learn from Ghalib. But being a trucker is more than just being behind the wheel, Ghalib notes.

Punjabi actor Suvinder Vicky is impressive as the reticent trucker who has driving in his veins, like his father before him. The newly bereaved husband doesn’t know what to do with his grief and keeps it bottled inside. How does one measure grief, he says to the elderly village sarpanch. Occasionally, when prodded, he does open up before clamming up again.

His back pain makes him walk like a much older man and writer-director Ivan Ayr demonstrates how each incident seems to burden him further. His driving milestone becomes the beginning of the end for him, as he hurtles towards redundancy. 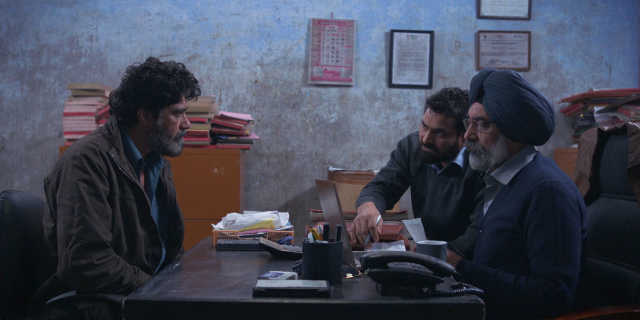 Like in his first feature Soni (2019), Ayr continues setting most of the action during the silent hours of the night. The filmmaker uses long takes following the protagonist on his journey on the road. In Soni, he catalogued the inner lives of impulsive police inspector Soni (Geetika Vidya Ohlyan) and her calmer, more experienced senior Kalpana (Saloni Batra). Here, the genders are flipped, but once again it is maturity taking on youth and eagerness.

Soni review: The cinematic police story gets a new dimension

By the end of Meel Patthar, Ghalib and Pash (both named for influential poets) have switched seats in more ways than one.

Ayr is interested in the lives of ordinary people and Meel Patthar is more of a character study of the working class and their constant struggle to survive. With cinematographer Angello Faccini, Ayr sets up Meel Patthar's foggy mornings and cold nights in northern India, showing Ghalib’s stark, lonely lifestyle.

But while Ghalib and Pash’s circumstances are heartbreaking and familiar, they feel a bit detached. The instant emotion that was present in Ayr’s Soni, allowing us to connect with both leads, is missing here. However, the drama, though constrained, is a worthy follow-up in Ayr’s filmography.