This action film, from the mind of writer-director Vasan Bala, will take you on a fun-filled fantastical journey in which the good triumphs over evil.

You've never seen an Indian film like this before. Vasan Bala's Mard Ko Dard Nahin Hota begins with our earnest young hero telling us via voiceover, "Behind every mind-blowing story are some pretty bad decisions."

This is the story of Surya Sampat (Abhimanyu Dassani) who enters the world in a filmi way; his mother (Shweta Basu Prasad) begins having contractions in a movie theatre where Chiranjeevi's Aaj Ka Goonda Raaj (1992) is playing. Tragedy strikes the small family when his mother is killed when a gang of chain-snatchers attacks as they are returning home from the hospital.

Raised by his grandfather, who he fondly calls Ajoba (Mahesh Manjrekar) and father Jatin (Jimit Trivedi), Surya grows up with a condition called congenital insensitivity to pain. His father wants to coddle him and protect him at all times, while his grandfather tries to teach him how to deal with his body — to cope with injuries and hydrate himself constantly.

His Ajoba has also raised him on a steady diet of films on VHS — from Geraftaar (1985) to the martial arts films of Bruce Lee. But it is one particular film, Game of Death, that sustains his attention. In it, a one-legged Karate Man (Gulshan Devaiah), whom he later comes to know as Master Mani, fights off 100 men in a kumite tournament.

As a little boy, the socially awkward Surya has one friend, Supri, who turns into a tigress if anyone harms him. She has a troubled home life with an alcoholic father; Surya thinks it is his mission to save her from him. However, when his intentions are misunderstood, Surya and his family have to relocate and the two friends lose contact for 12 years.

They connect by chance when his father Jatin decides to remarry and Surya finally gets the chance to leave the confines of his home. While Surya is the man who can feel no pain, he is also the boy who never grew up. Inspired by the movies he grew up with, he believes he can take on chain-snatchers like those who accosted and killed his mother all those years ago.

Supri re-enters his life and the two former friends have an uneasy reunion. She has long moved on from the girl she once was, while Surya has remained the same. However, the two have to team up to save Master Mani from the constant machinations of his twin brother Jimmy (also Devaiah). In their last violent encounter, Jimmy ends up stealing the locket their late father had bequeathed to Mani.

Mard Ko Dard Nahin Hota has a fair bit of explaining to do with certain characters' backstories and motivations, and it does feel long at a point, but once Surya, Supri and Mani team up to take on Jimmy, the film kicks into second gear. Then you're pretty much gasping at the action onscreen, with wonder and concern, chuckling at certain moments on the side.

Vasan lightens the high stakes atmosphere with a bit of humour now and again and it works well. The writer-director knows his main characters inside out and he lets their personalities take over the film.

Abhimanyu Dassani, in his debut film, is utterly likeable as the eager vigilante ready to take on criminals. Both Radhika Madan as the petite but fierce Supri and Mahesh Manjrekar as the supportive grandfather will charm you. But it is Gulshan Devaiah who impresses in the dual role of Mani and Jimmy. 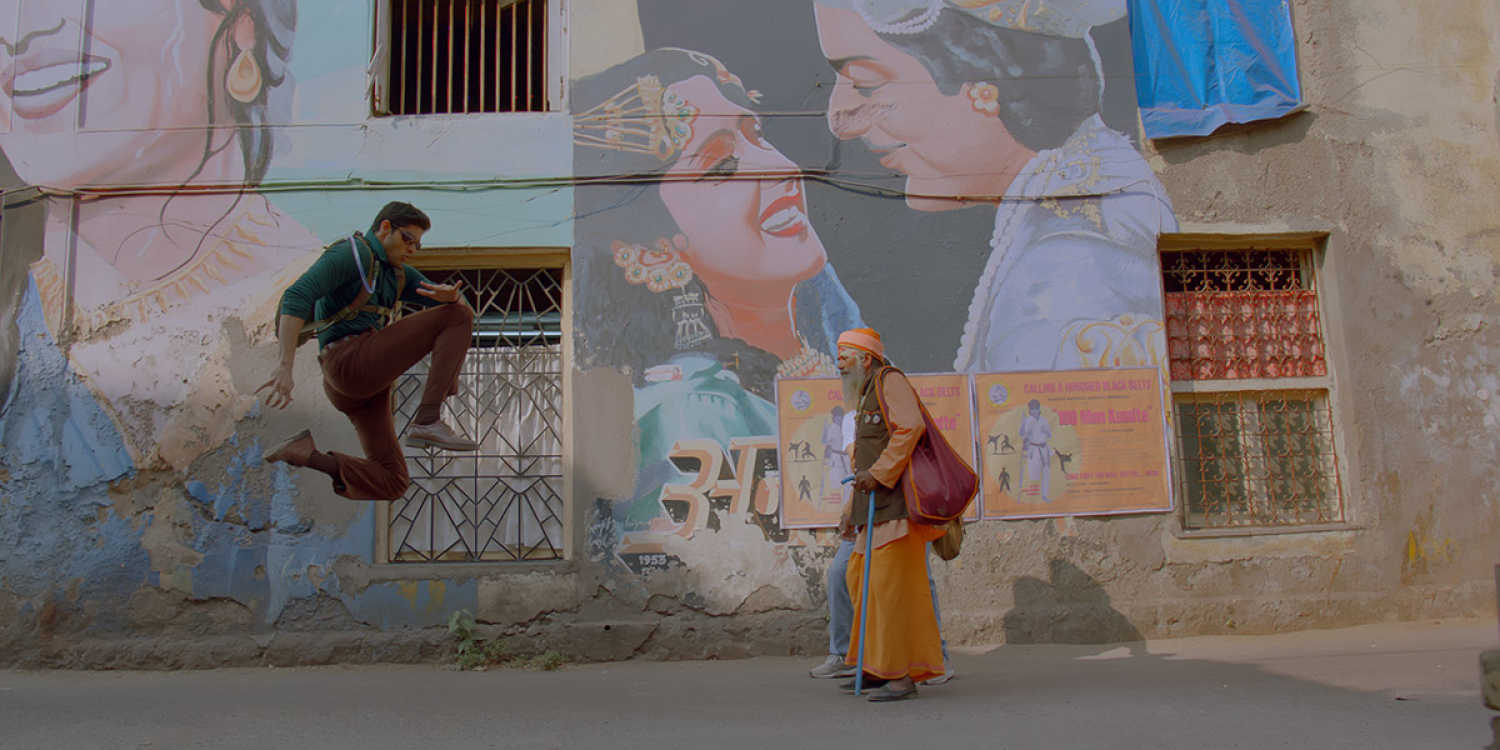 As the former martial artist fallen from glory, Mani is almost pitiable, but man, can he pack a punch! And then as the oily, ruthless security firm owner Jimmy, he will have you laughing with every other line that he utters, even as he is dispensing his villainy through his goons from his firm.

The sub-plot of Supri's fiancé Atul seemed contrived, but her own fears about her directionless life were honest.

The highlights of the film for me were the fight sequences which felt fluid and well-choreographed, in some instances, delightfully so, and the background music by Karan Kulkarni. In fact, the film's musical choices are spot on. From the choices of old Indian films songs at certain moments (Kishore Kumar's 'Nakhrewali' plays out during a memorable fight scene) to its own original songs, the music of Mard Ko Dard Nahin Hota is refreshing.

The movie is peppered with lots of interesting minor characters who inhabit the screen for a small time, but leave an impression. Mani's caretaker Pablo, who calls Surya 'Sasta Shahenshah', and the old man who works at Jimmy's security firm were unforgettable.

The cinematography by Jay I Patel in the action sequences, gives each character, including the bad guys, the spotlight they deserve.

At 134 minutes, the movie packs in a lot to process, but it also rewards its audience with hidden film references here and then. The film is a ode to movies of the past and at its core, there's something very sweet and innocent about it.

As I was leaving the theatre, I overheard another attendee recap the film to a friend over the phone, "Bahut sahi hai", he exclaimed. I heartily concur.

Mard Ko Dard Nahin Hota was screened as the opening film at the 20th Mumbai Film Festival on 26 October 2018.