Despite two directors, the film meanders on its way to the second half which has most of the highlights.

Even before the film was released, Kangana Ranaut, like her character the queen of Jhansi, sent out a warning to the Rajput Karni Sena that she will not apologize. In hindsight, there might not be a better calibration of personality and role than Ranaut playing rani Laxmibai.

The actress's life matches that of a rebel fighting to make her own path against the more powerful. Yet, Manikarnika: The Queen Of Jhansi lets you down because of its loose screenplay, plethora of characters, and lack of drama. The film's action and patriotism might tug at a heartstring or a nerve, but that is about it.

The first time we meet Manikarnika (Ranaut) is in Varanasi, where she is named after the famous ghat. Of course, we are introduced to it by the standard narrator for period films in India, Amitabh Bachchan.

'She will be remembered in history,' the astrologer predicts. History finds its way to her as she is selected as the bride for Gangadharrao (Jisshu Sengupta), ruler of Jhansi. Free of spirit, highly educated in warfare and texts, she arrives in a Jhansi subdued by the British regiment to reinvigorate a sense of independence. 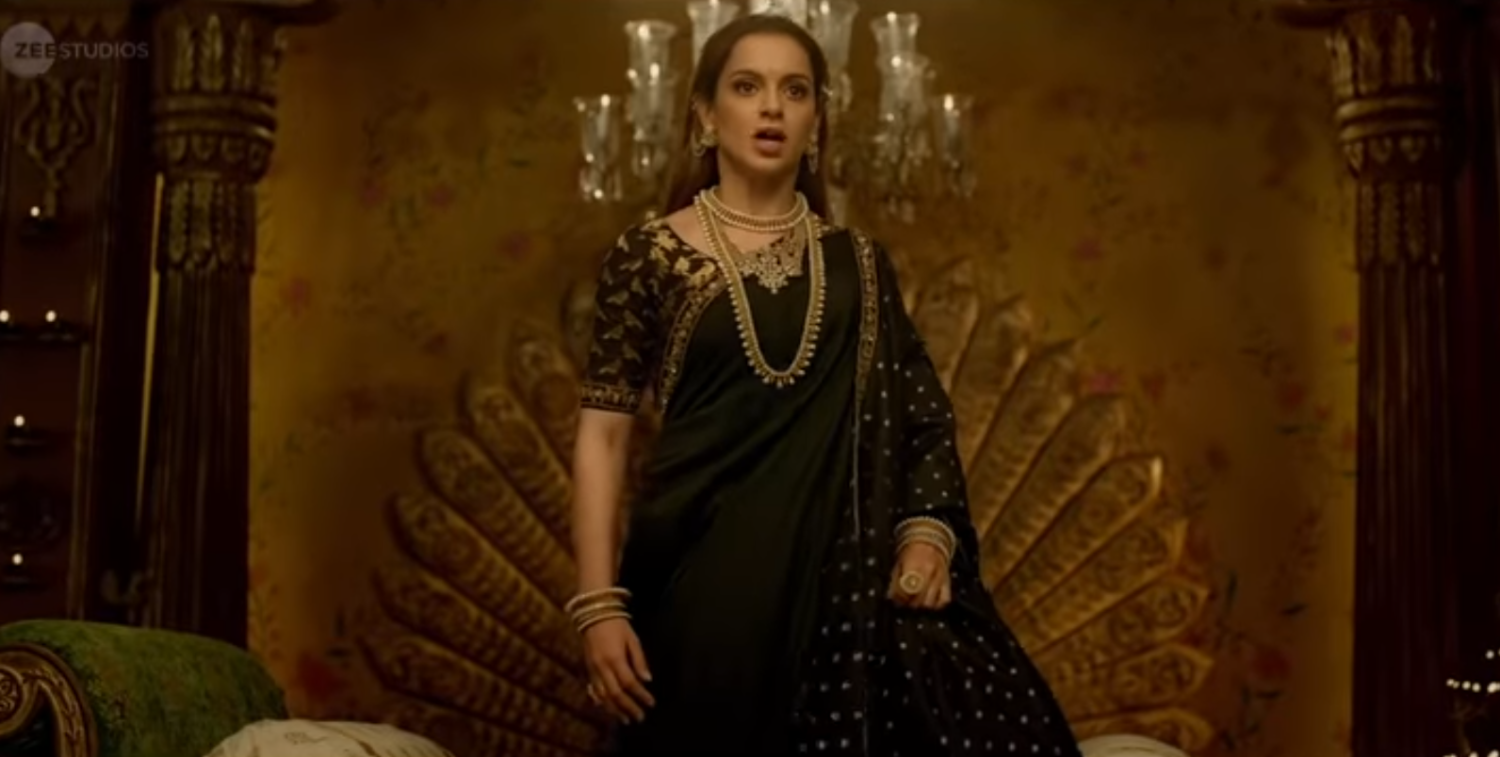 This does not go down well with the English, or with Sadashivrao (Mohd Zeeshan Ayyub), next in line to the throne, who starts plotting her fall. Thus begins the slow attack on Jhansi. Ayyub does a decent job of playing the selfish man who is key to the fall of Jhansi, but has little meat to chew on.

The screenplay, by Vijayendra Prasad, who also wrote the Baahubali franchise, meanders through the first half. While the narrative is very similar to the 1953 film Jhansi Ki Rani by Sohrab Modi, it differs in its treatment of the key plot. Where Modi placed an emphasis on the injustice of the East India Company's methods to annex Jhansi (which leads to the revolt), Ranaut's film paints the British boorishness and uncouth behaviour as the cause of offence. The English steal cattle for food (ahem!), are disrespectful of rulers, and hurt people at will.

The film does not paint all revolutionaries in white and Britishers in black. It does touch upon the rebelling sepoys' cruelty towards British women and children during the First War of Independence, with Laxmibai playing protector.

The first half also focuses on the character of Laxmibai as the first feminist attempting to break a conservative household. The sight of her stepping out on the streets like a very Maharashtrian Merida, or dancing with the villagers, is good for creative licence. But the treatment of her pregnancy, and the loss of her son, and husband, fail to hit home and lack a dramatic punch.

Jisshu Sengupta is almost forgettable as the ruler of Jhansi subjected to the whims of the East India Company. Other characters like Tatya Tope (Atul Kulkarni) and Jhalkari (Ankita Lokhande) are sidelined to create a strange effect. Danny Denzongpa's Ghaus Khan is reduced to an announcer in the first half, suddenly becoming a key personnel during the war.

It is hard to argue historicity for any Hindi period film these days, particularly when they open with disclaimers stating that 'parts have been dramatized for creative licence'. Yet, Ranaut and Krish's (lest we forget) film seems to follow the familiar narrative of the queen. Her escape from the pitched battle, the reunion with Tatya Tope and Nanasaheb at Kalpi, and the final battle at Gwalior seem in order.

The production design is impressive, as the sights of the castle and the battlefields catch your eye. 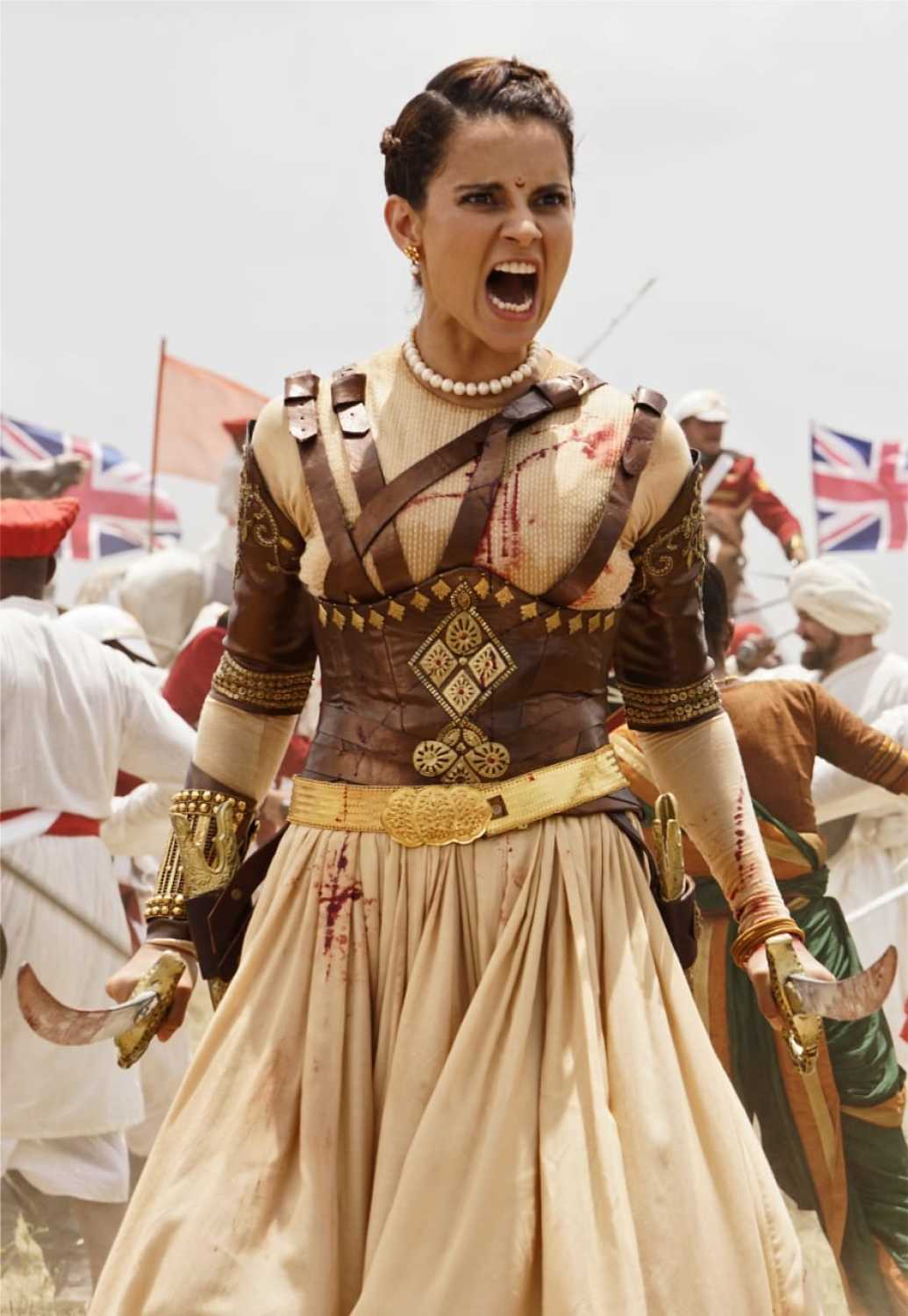 Ranaut takes some time to get into character. Her portrayal of a new queen trying to find her way in politics during the first half are unconvincing. The romantic scenes with Sengupta, in particular, are awkward. Her accent and pitch seem a little odd, but they get better in the second half. The actress is also melodramatic in her portrayal of sorrow (her infant son's death) or wrath.

But Ranaut salvages the second half with her ability to throw punchlines with conviction. The action sequences also come through in the second half. She manages to make an impact in the final battle sequence, with a doff of the hat to Braveheart (1995).

Of the other characters, Ankita Lokhande puts in a decent performance. Atul Kulkarni and Danny Denzongpa have some role to play in the second half but are overshadowed by Ranaut's rani Laxmibai.

It is Richard Keep, who plays Major General Hugh Rose (Laxmibai's nemesis), who grabs your attention. The actor does not have much to do other than look cruel and dangerous, and does that to great effect. To paraphrase the famous Rose words, of all the Englishmen, he was the surest of his role.

There are also some major mismatches in continuity that grab your attention. The sight of British officers speaking with a heavy American accent throws you off. There is also the climactic battle where the British officers' uniforms undergo a transformation from the English red to a French blue.

The film paints a glorious picture of patriotism, of the queen's dream of a free India, and battling British rule. It does so using overt portrayals of nationalistic jingoism, which is a little overdramatic.

While it is a story that needs to be told, Manikarnika:The Queen Of Jhansi could have been told better.