Mafia review: Namit Das stands out in this inconsistent but entertaining thriller series

The Zee5 web-series, directed by Birsa Dasgupta, assembles a group of friends for a reunion in the middle of a jungle, with some deadly consequences.

An upcoming wedding, a dangerous secret from the past, and a corpse, all collide ominously as six friends, some with their partners, reunite after six years at a bungalow in the middle of the Madhupur jungle.

Some elements of the Zee5 web-series Mafia feel like the setting of the Agatha Christie novel And Then There Were None. The characters assemble years after a doomed holiday where friendships get fractured. And yet, the college friends all come back to find what they had lost. However, they don’t expect that their secrets and sins from the past will come tumbling out again, in a way that could tear them apart again. 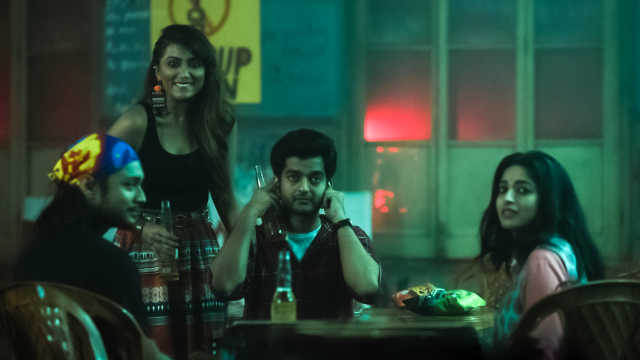 The reunion is fraught with tension even as the friends descend back into familiar roles despite the passage of time. Rishi is the spoilt, rich, privileged one, Sam his over-eager pet, Neha the mediator, and Ananya aka Annie is the fragile, unstable one who never managed to fit in with the group. Tanya and Ritwik are exes with a bad break-up behind them. They settle in to play a game of Mafia, for old times' sake, and are interrupted by a mysterious stranger, Nitin Kumar (Namit Das), seeking shelter in the night from a broken down car.

This is the part where the skeletons from the past slowly begin to get dredged out. It’s obvious Nitin has ulterior motives, but what is he is hoping to uncover? And what do these friends have to hide? Creators Aritra Sen and Rohan Ghose, along with Aniruddha Dasgupta, have created an entertaining story filled with thrilling twists and turns. However, the execution turns a bit inconsistent and the events over one long night tend to meld together over eight episodes.

The guests are stranded in the middle of a jungle with little access to communication and the outside world, but they regularly walk in and out of a dense forest at night back to the bungalow with relative ease. The characters’ perspectives, from past to present, also get a bit confusing, as both eras have the same desaturated, dull tone.

The mystery about the vulnerable tribal girl Bidua (Ankita Chakraborty) is at the heart of the show, but she is the least developed character of them all, and tragically remains a victim till the end. The six friends are predictable stereotypes with a quartet of college vices, indulging in smoking, drinking, drugs and sex whenever they can. 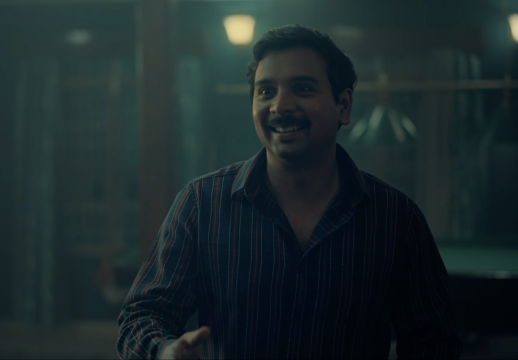 The expletive-laden dialogues find them constantly at loggerheads, hinting to a Lord of the Flies atmosphere that has descended amongst them. Das’s Nitin is the most interesting character, with a developed back story, and the actor delivers. While the other artistes struggle a bit with their characters in both eras, Das is consistent.

Mafia’s story contains a lot of foreshadowing, and if you have been paying attention from the beginning, you will be able to guess who is behind the deadly mayhem, even though their motives are seriously troubled. The series shows that issues of class and caste persist in modern India and we have a long way to go before we solve them.

Director Birsa Dasgupta, along with his team, raises interest in the secrets of these flawed, toxic characters but struggles to keep the characterizations logical after a point.

Mafia, eventually, is about a murder, and atonement for it. Each of the main characters is culpable in some small way, and the mystery is tackled in an entertaining way, almost like a gripping page-turner.

The details may not all be there, but the editing by Sumit Chowdhury maintains the pace of the thriller, ensuring that there is no lag. This game will hold your attention till the end.

The thought-provoking film foregrounds the realm of art, artistic expression, desire and freedom, a...