Love Sonia review: Does mankind have the stomach to digest this bitter truth?

Director Tabrez Noorani’s hard-hitting story on human trafficking should be shaking the conscience of mankind.

Lust has existed since the birth of mankind. For over 2,00,00 years, women and children have fallen prey to the insatiable lust of evil men.  Human trafficking is perhaps more lethal in the so-called civilized world than any other crime. As per a Thompson Reuters Survey in June 2018, India was ranked the fourth most dangerous country for women in terms of human trafficking.

Tabrez Noorani, line producer of Academy Award-winning British film Slumdog Millionaire (2008), was moved by the story of a young Indian girl who was forced into the sex trade. The mind-numbing story led Noorani to helm his first feature film, Love Sonia.

Siblings Preeti (Riya Sisodia) and Sonia (Mrunal Thakur) share a close bond. They are fascinated by the little cyber cafe in their village in rural Maharashtra. The girls are thrilled to bits after their classmate Amar (Abhishek Bharate) helps them to create their respective e-mail ids. Their lives change forever when their impoverished father Shiva (Adil Hussain) trades Preeti to the evil landlord Dada Thakur (Anupam Kher), who sends her to a hell hole in Mumbai. Though unaware of her plight, Sonia is determined to find Preeti at any cost. The sister's quest, however, lands her in the vicious web of human trafficking. 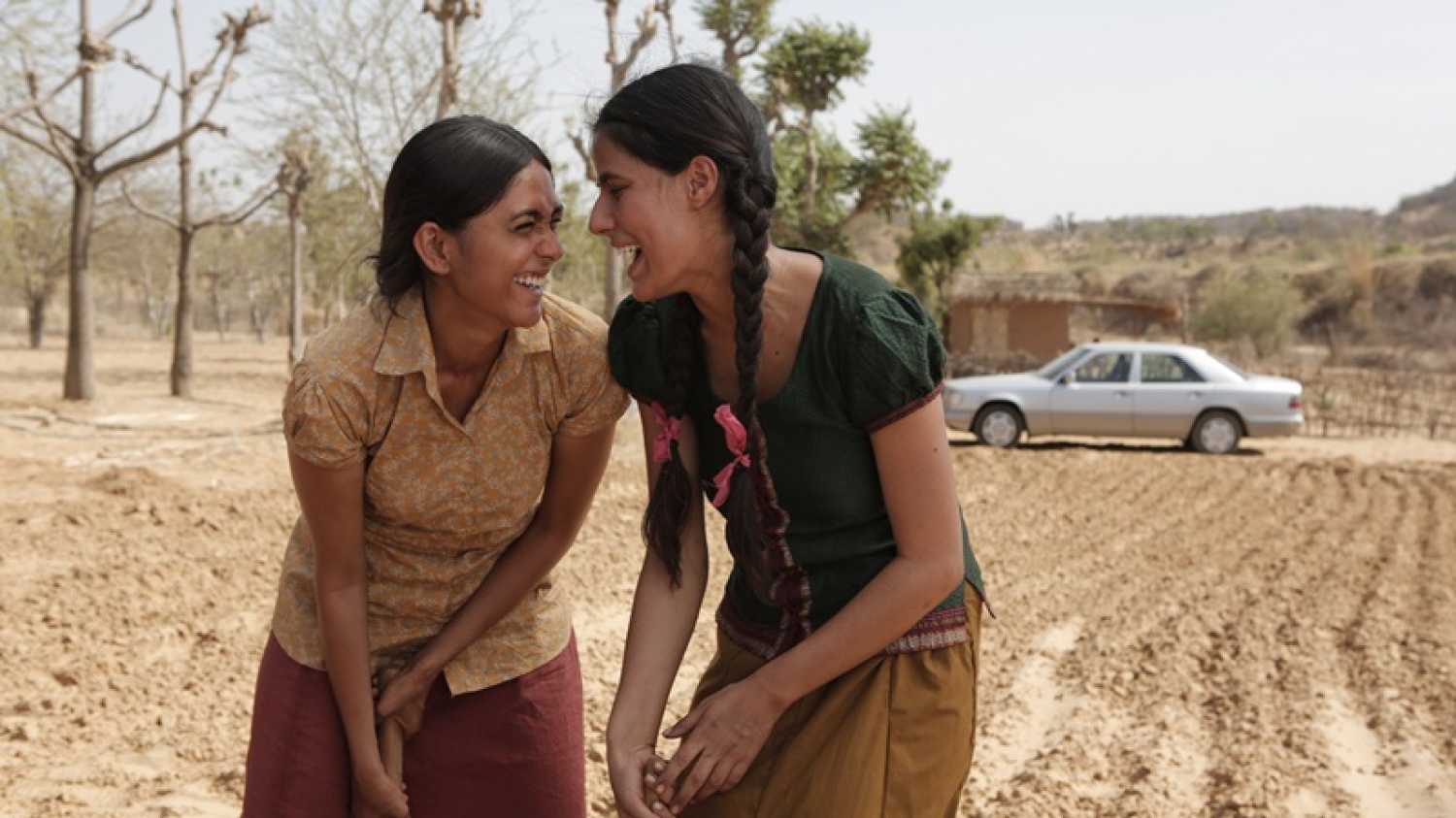 Noorani might face familiar criticism of making a film for the West that simply derives pleasure from exposing India’s dark underbelly. Even then, what has the emerging superpower or any nation done to stop this evil? Yes, watching such films leaves you with a sense of helplessness, but turning a blind eye to their plight, is a sign that the society has perhaps lost its conscience.

Noorani’s grim story is fleshed out as a hard-hitting, gripping script by Ted Caplan and Alkesh Vaja. The Lunchbox (2013) director Ritesh Batra has written the dialogues in Hindi. What drives Noorani’s Love Sonia is the robust screenplay and the fine performances by the cast. Mrunal Thakur, who makes her Hindi film debut, is a true revelation.

What strikes first about Thakur is how she has slipped into her character smoothly. Thakur, who is 26, looks the part as the minor Sonia. Credit to the hair and make-up designer Virginia Holmes for helping Thakur attain the physicality of Sonia. However, it’s Thakur alone who brings out the soul of Sonia. For a young talent, she scores heavily with her grieving intensity to deliver a mature performance.

Noorani and casting director Jogi are blessed a with a stellar cast comprising of actors like Manoj Bajpayee, Richa Chadha and Rajkummar Rao.

However, Love Sonia would not have been the same without Mrunal Thakur and Riya Sisodiya. What they have in common is their hypnotic eyes, gorgeous smile, and child-like innocence on their face. The colour of their skin becomes vital to the plot too. Such innocent faces will naturally move even the cold-hearted. Sisodiya has less footage, but she matches Thakur in her intensity.

The girls are revelations, but the one artiste who is head and shoulders above the rest is actor par excellence Manoj Bajpayee. The experienced actor plays the evil pimp Faisal, who blows hot and cold while dealing with the women in his brothel. 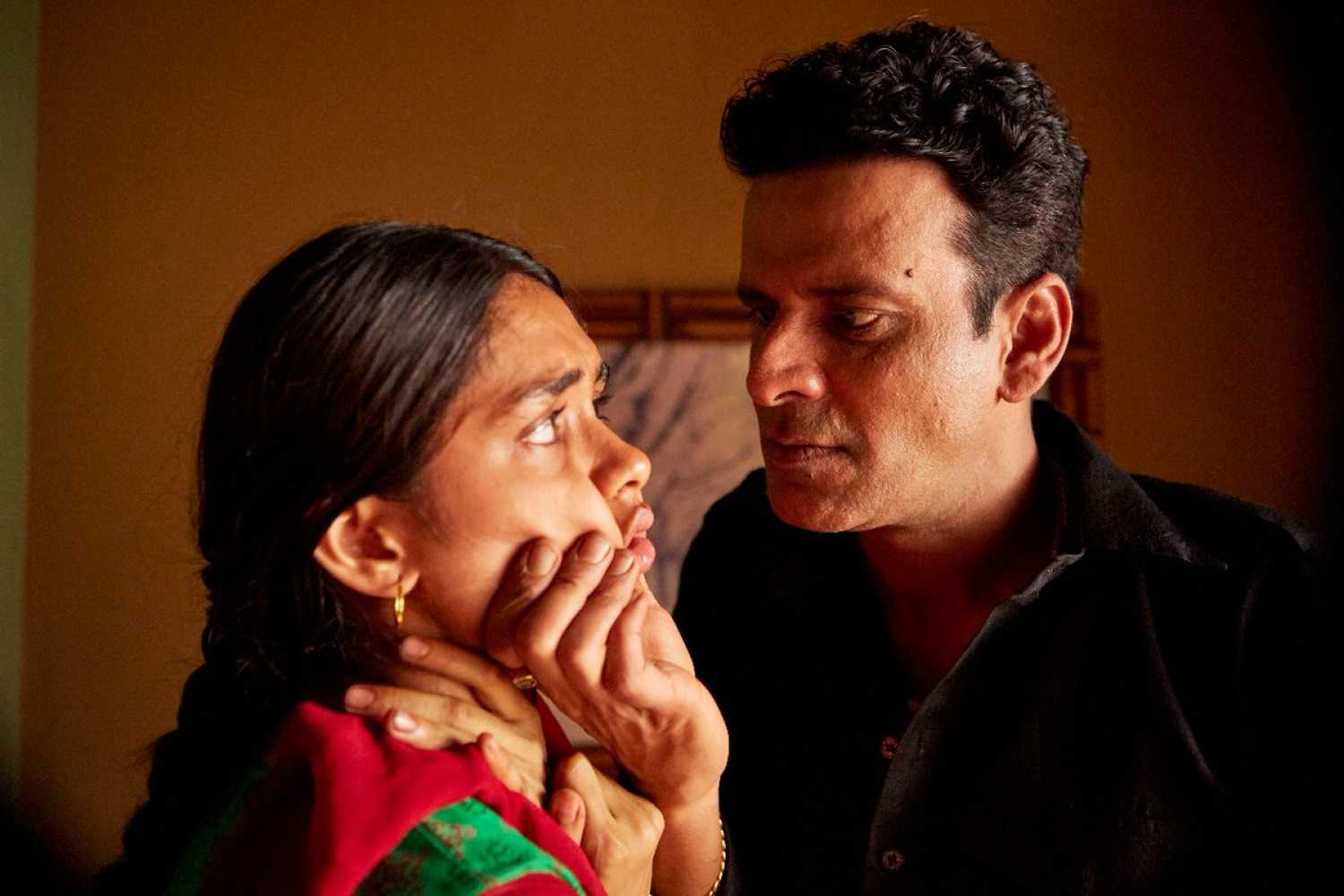 In the first meet, Bajpayee lulls Sonia, and the audience, into believing that he’s not a brutal man. Perhaps, like the girls, Babu (as Faisal is called in Grant Road), too, is tied by fate. However, it doesn’t take long for the snake to flash his fangs.

Without really laying a hand on the sex workers, Babu instills fear in them. Babu intimidates you, he makes you feel sick, but therein lies the success of Bajpayee’s act. Despite the devilry, Babu has a slight humourous side to him too. It only flows when the man hurls the cuss words. A good instance is the scene was he’s speaking in broken English but struggling to get the message across to his Chinese counterpart, who is on the other end of the phone call. When the message is not clearly delivered, Babu hurls choicest cuss words in Hindi. Though it’s an evil act, Bajpayee can walk out of Love Sonia with another marquee performance.

Richa Chadha, Rajkummar Rao and Sai Tamhankar, perform along expected lines, but the one actor that pleasantly surprises you is Freida Pinto. The Slumdog Millionaire (2008) actress plays the two-faced, conniving sex worker Rashmi. Apart from her spicy, vicious tone, Rashmi grabs your attention with her costumes. The voyeuristic men who’ve wandered through the shady lanes of Grant Road will be privy to the sight of sex workers wearing cholis and tight shorts. 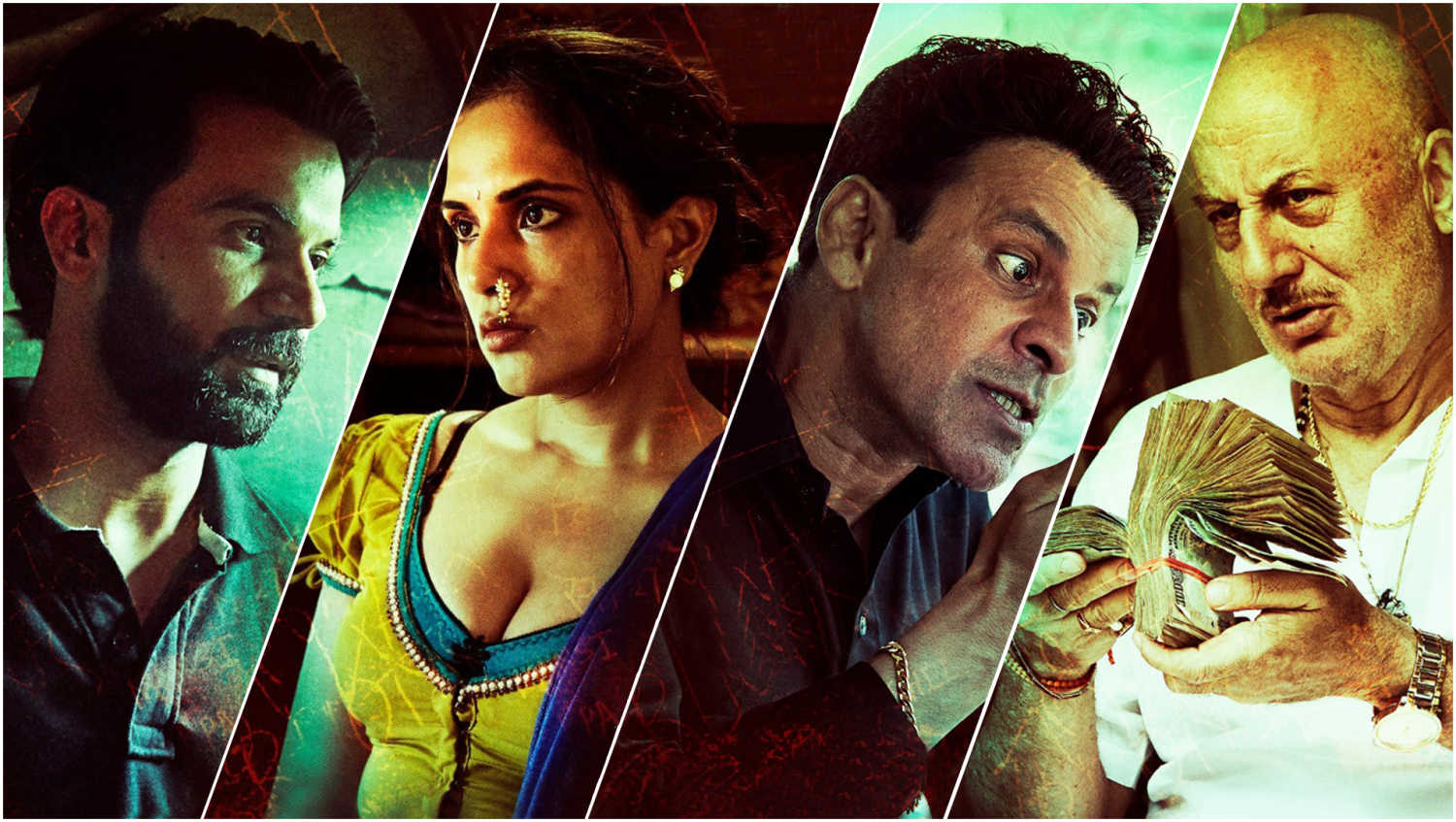 Director Noorani has his research in place, and gets his costume designer Shaahid Amir to drape his characters exactly like the sex workers that you find in Mumbai’s red light district.

It’s unlikely that the team shot at real locations, but production designer Ravi Srivastava adds authenticity with the structure of the location, the sets created by him and his team. Babu’s brothel is more reminiscent of the dirty, downmarket, dangerous Kamathipura.

The cinematography is vital for such dark films that ride on atmospherics. Lukas Bielan, who captured great visuals in films like The Life Of Pi (2012) and Oblivion (2013), captures the beauty of Sonia, and Preeti, but more importantly the underbelly of Mumbai perfectly.

Bielan’s visuals evoke a sense of fear. He brings this fear out in one grizzly shot when Sonia first lands in the hell. As Sonia gingerly walks through the corridors of hell, Bielan captures the blink-and-miss grisly image of nude women having sex, the act beaming through a translucent curtain. When the film moves to Los Angeles, Bielan captures a breathtaking eagle eye view of multiples bridges overlapping each other.

Mark Duplass plays the voyeuristic uber-rich American who has roped in services of Sonia. Until a few days ago, this poor Indian minor was literally living along with rats, and now she finds herself staying in a sprawling luxury rooftop LA apartment, obligated to make love on a big cosy bed. Sonia is not swayed by the luxury around as her eyes seek only Preeti. 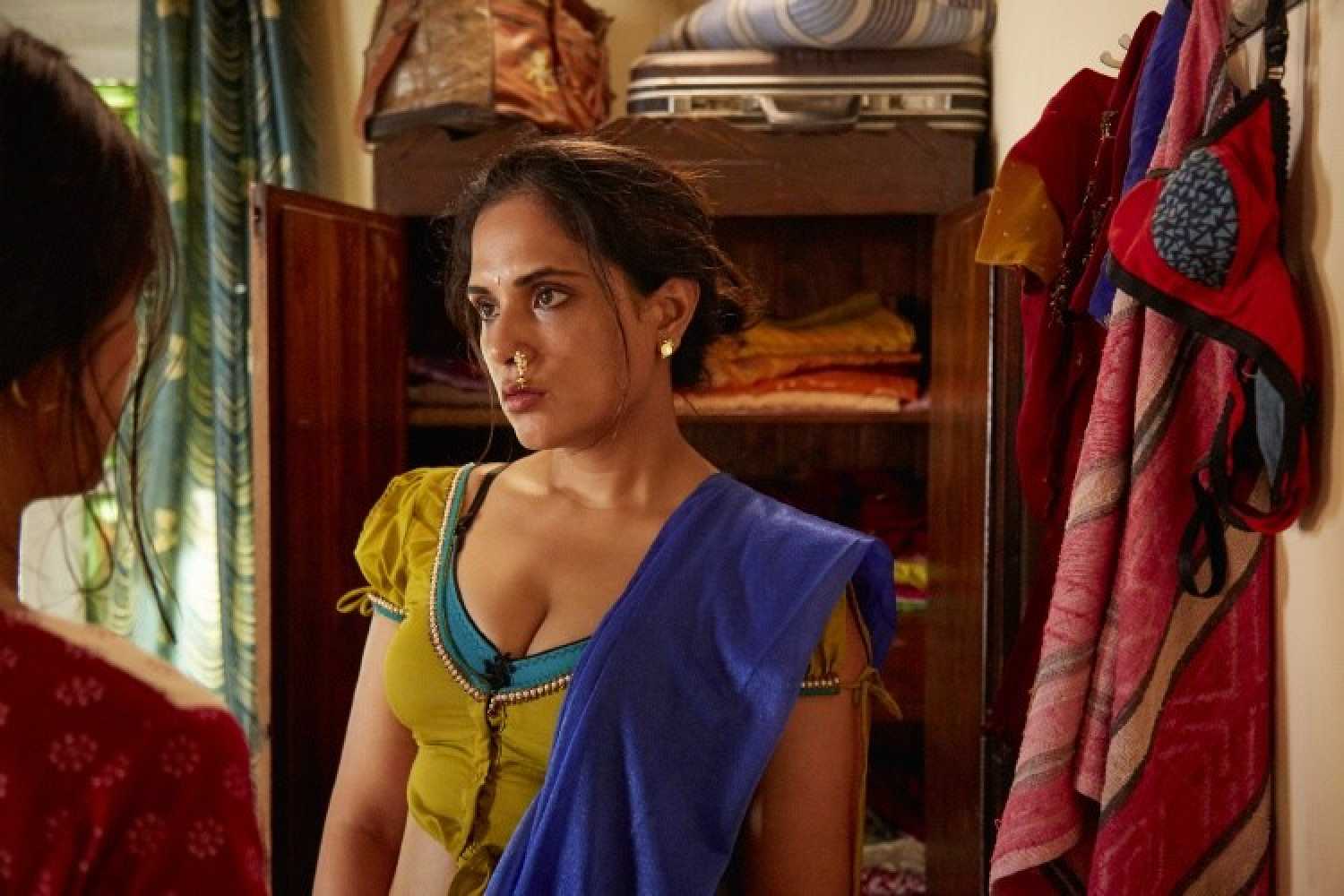 Hollywood icon Demi Moore has a special role. Her Indian fans will be thrilled to see her as part of an Indian film.

Adil Hussain has the colour of the poor Shiva, but he doesn’t quite fit into his soul. Perhaps, Hussain’s deep, classy voice goes against him here.

Human trafficking is illegal, but perhaps not all the women across the world are forced into it. Poverty ties their hands too. Noorani’s film gives an impression that perhaps all women in these brothels were coerced into the sex trade.

The most defining hard-hitting image of Love Sonia doesn’t come from any act of oppression, but it’s the one involving child actor Sunny Pawar, who shot to fame with Lion (2016). Sonia senses an opportunity to flee, seeking help from the cop who visited the brothel a few minutes ago. As she runs on the street, she asks the child about the cop’s whereabouts. The boy quickly senses who Sonia is and he mutters two obscene words. This is the sad reality of mankind.

While the title of Love Sonia seems out of place, it's quite apt and it’s best that viewers learn this themselves.

There are many Sonias in the world. They don’t seek your love, they don’t seek your apology, all they want is to live fearlessly. They seek your help. All along, man has had the guts to please, dominate, and torment a woman, but very few have had the stomach to bite the bitter truth. The so-called civil society, especially those people living comfortable lives in the skyscrapers of Mumbai, Los Angles and the world, muster some courage and look beneath and you’ll hear the cry of a Sonia.