Wanphrang K Diengdoh’s film is an experiment in genre and form, blending history and modernity reflected in Shillong.

At a time when slick thrillers featuring savvy, hawk-eyed investigators are dime a dozen in an often labyrinthine plot, Wanphrang K Diengdoh’s meditative film Lorni - The Flaneur (2022) comes as a breath of fresh air.

Taking a cue from philosopher and critical theorist Walter Benjamin’s flâneur, the film takes us through Shillong, Meghalaya, opening up the interstices of the town through its central character.

Lorni - The Flaneur has been screened at several international film festivals across the world and was the only Indian nominee in the First Feature Category Competition at the Tallinn Black Nights Film Fest in Estonia in 2019. 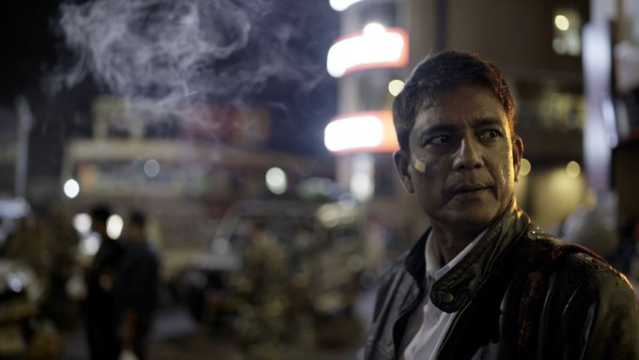 Shem (Adil Hussain) is a barely employed detective who is shaken from his sedate, drifting lifestyle when a series of burglaries start taking place in Shillong. He is asked to investigate one such burglary, when an object of cultural value is stolen from a home.Tracing the tracks of possible suspects, Shem embarks on a mental and emotional journey that weaves in his troubled past and present, along with that of the town.

Lorni is a delightful experiment in form that thwarts our expectations at almost every turn. Narrated by Shem in part, the film deploys the confessional mode, along with the techniques of an observational documentary, integrating the detective figure and femme fatale from noir films with shamans, myth and folklore.

Shillong is a character in this film and the narrative captures the contesting sentiments of a town caught between tradition and modernity. As Shem engages in flânerie, scouring the streets, mapping the terrain, weaving his way in and out of alleyways; Diengdoh opens up the town, its inhabitants, their fears, deep prejudices, and beliefs.

In many ways, Lorni is a politically engaged film that contemplates the slow erosion of culture, race tensions, and traditional ways of being. Although big cities offer anonymity, the film questions what is really left behind when one leaves home.

The contemplative pace takes a minute to find its stride but it eventually sucks you in. We are drawn into the world of the hangers-on at the shop, the murmurings at a card game, and seemingly casual chatter, all of which serves as Shem’s playing field.

With musician-filmmaker Diengdoh at the helm, the soundtrack is clearly a highlight of the film, as the sounds of the city embody the clash between the old and the new.

Adil Hussain’s captivating performance has an almost hypnotic intensity that brings his character alive. Irresistibly suave and perched on the margins, Hussain conveys the pain that lies just beneath the surface. Embodying the detached reticence of the flâneur, he is at once part of the society he observes, yet remains outside of it.

The performances of the supporting cast members, sadly, falls short in comparison, with the lack of chemistry between Esther (Dawiat Syiem) and Shem sticking out like a sore thumb. Another moment that fails to hit the mark is the single take shot in the date scene, where the camera spins around the characters.

The stiff conversation is further impaired by the vertigo-inducing camera movement. However, elsewhere the cinematography adeptly complements the ruminating tone of the film, capturing the picturesque town and its nuances.

The shamanic figure in the film tells Shem that what is most important is ‘our stories, our words, our sounds’. Lorni - The Flaneur is an engaging experiment that wonders about cultural heritage in a modern world.

Lorni - The Flaneur is now streaming on SonyLIV.

The Sorrow Of Love review: A study of grief and finding the will to move on

Sohag Sen’s short film traces the pain of losing a loved one.  ...