The final season of the series, created by Dhruv Sehgal, may leave you wanting more for long-time couple Dhruv and Kavya.

After five years and four seasons, it’s time to say goodbye to the lovable millennial couple Dhruv Vats (Dhruv Sehgal) and Kavya Kulkarni (Mithila Palkar). Viewers have followed them as they evolved from a happy-go-lucky couple to a mature, responsible team.

At the end of the third season, Dhruv and Kavya had made momentous decisions about work and life that led them in opposite directions. Kavya moved back home to Nagpur to be closer to her parents, while Dhruv decided to take a job opportunity in Finland to work under his friend and former classmate Sanket (Shiv Tandon).

Season four begins 14 months later as the pair finally reunite in Alleppey, Kerala. The happy couple is elated to be together and but it’s not long before the real world creeps along the edge of their blissful vacation as they move to Munnar and later Kochi to ring in Kavya’s 30th birthday.

Once back in Mumbai, it’s back to the grind as they both prepare to get back into their old routine. But as they soon realize, you can’t really turn back the clock. They come up against roadblocks, which all are part of growing up and moving on in life.

Their caring parents, the Kulkarnis, Ila (Navni Parihar) and Satish (Rishi Deshpande), and the Vats, Nadi (Loveleen Mishra) and Atul (Pawan Chopra), all drop by for a visit at the same time, raising questions once again about marriage and the future. But they are contented to see their children ‘settled’ in Mumbai, simply because they have a balcony.

Eventually, Dhruv and Kavya lean into the inevitable. The couple has been through a lot these past few years and they face some hardships in this final season. Their resolution is bittersweet as several of their hopes and dreams are still not imagined as the series says farewell.

The biggest reason for this is the tonal shift midway through the season as the story moves from Kerala back to Mumbai. The first four episodes have been directed by Ruchir Arun and have that light, humorous touch that the show was known for when it was first premiered. It doesn’t hurt that the story this time is set in gorgeous locales in Kerala, which automatically has a soothing effect, thanks to cinematographers Aniruddha Patankar and Raju Biswas. 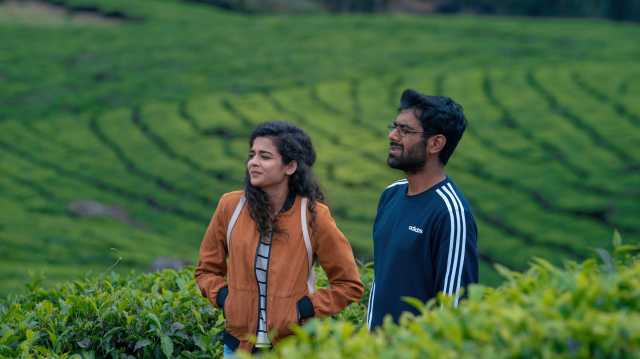 The final four episodes, directed by Pranjal Dua, have an undercurrent of seriousness. Moving back to home and office, it feels a bit empty. Moreover, it feels as though the couple has been thrown into a different arc too abruptly.

The show had always offered an urban, privileged view of the modern world set in the city, experienced through the eyes of this live-in couple, but this time the issues they deal with seem to come out of the blue, unlike previous seasons, where the build-up was evident.

Additionally, this season, the writers, Abhinandan Sridhar, Garima Pura Patiyaalvi, Nupur Pai and Gaurav Patki, throw some challenges that are hard to overcome at the duo, which feels out of character at times, especially for Kavya, who has been so work-driven all these years. Oddly, Sehgal, who wrote for all the three previous seasons, did not return to write this season and it shows.

The eight-episode fourth season, ranging from 19 to 31 minutes, has nice little throwbacks to previous seasons from roaming the deserted streets of Mumbai during the wee hours to imagining a completely different outcome to a confession to your partner.

Originally produced by Dice Media on YouTube in 2016, Little Things is one of the original pioneers of Indian web-series. The OTT space has exploded since then, but this ‘little’ show continues to appeal to the masses because of its genuineness. 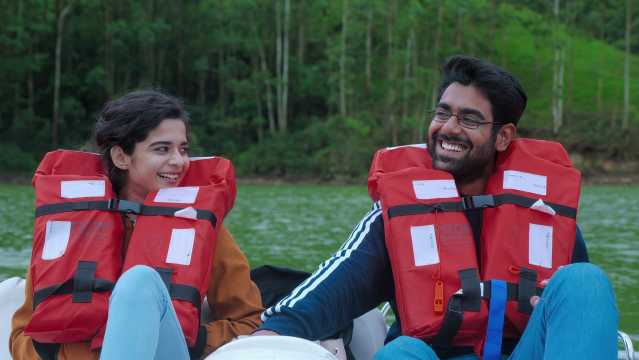 And it’s largely due to Sehgal and Palkar who have such a natural, relatable energy as the lead couple that it’s hard not to root for them. With each season, they are more comfortable in the skins of their characters. Moreover, what hasn't changed is the feel-good equation between the two that makes audiences feel at ease with them, as if they could be your friends too.

The lively, often on-point music choices by Neel Adhikari continue, both with the original score and the songs chosen for the show. The final song that plays out as the series closes out will linger long after the credits roll; it’s such a nostalgic, apt choice.

Little Things ends with a ‘to be continued’ feel that makes us believe we are not done with Dhruv and Kavya just yet. I, for one, would be glad to visit this charming duo again.