Sayantan Ghosal's crime series, which explores the nexus between the police and the ganglords, sees too many characters who merely appear and leave, thus distracting from the main storyline.

The primary storyline of Zee5's original crime series, Lalbazaar, written by Rangan Chakraborty and directed by Sayantan Ghosal, is the nexus between the police and the powerful ganglords. However, it has been interwoven with episodes of crimes of different nature in order to explore the shades of criminal psychology.

Lalbazaar hardly makes any statement regarding the socio-political aspect of the crimes. As the series incorporates several brief accounts of murders and sexual abuse, it doesn’t invest any time in exploring the criminal psyche. Rather, the focus remains on the police officers and their positions in the hierarchy of power in the department.

Though several crimes take place one after the other, the narrative on the relationship between the police and power mongers is what grabs attention.

The crimes are also solved by the police in a quite simplistic manner. In an earlier interview, Ghosal had said that they did their best to retain authenticity in depicting the investigation into the crimes. But when these accounts are cinematically adopted, they are hardly allowed the duration to generate thrill in the audience or at least instigate a sense of anticipation for a twist.

In this context, the ending of the series seems to be the most engaging as it is written with the intent to generate expectation for another season. 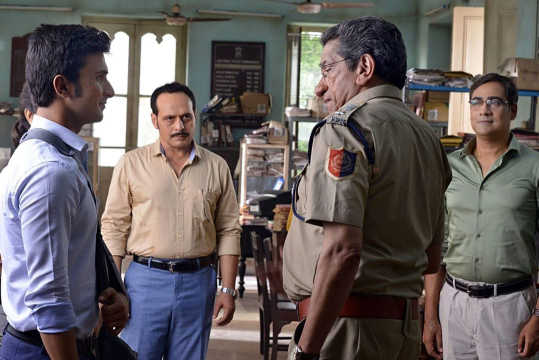 The series opens with a not-so-aesthetic sequence of prostitute Rubina Khatun (Sayantani Guhathakurta) getting raped and murdered. While her death is made to look like a suicide, it remains shrouded in mystery for Sabir Ahmed, the officer in-charge of the Watgunj police station, played by Gaurav Chatterjee.

Sabir is honest, transparent, and to some extent, an amateur. When the body disappears from the morgue, he is convinced that the death was not by suicide. But whenever he gets his hands on the case, co-officer Gaurav Datt (Subrat Dutt) tricks him into doubting his own intuition and actions in the case.

Despite the desperate attempts at sweeping the case under cover, police officer Suranjan Sen (Kaushik Sen) keeps a track of the crime scene in Watgunj with the help of Farzana, played by Ronjini Chakraborty, also a prostitute and his secret informer. The connection between the two appears confusing, until the reason behind Suranjan’s secrecy about the association is revealed later.

Meanwhile, the homicide department comprising of Meera (Sauraseni Maitra), Riju (Rob Dey), Gauranga (Anirban Chakrabarti) and Anisoor is faced with some of the most horrific cases of murder and human trafficking. The writer cleverly makes Meera singlehandedly rescue a group of teenage girls forced to live as sex slaves in a shelter home.

Suranjan’s informers help discover a psychopath, who murders and disembowels dead bodies. The entire group is shattered to discover a group of minors, who murdered an entire family and then celebrated their act of vengeance. Inspector Ahmed helps the department catch a murderer who targets and kills homosexual men.

The episode of the psychopathic murderer is quite morbid and comes across as incomplete as the series does not really trace the reason behind his perversion. On the other hand, the episode of a singer killing her husband by smothering him with her underwear could have been easily omitted. It only seems to have been incorporated for cheap entertainment's sake.

Although Suranjan is successful in handling most of these cases, he is always treated as a failure due to his past record. He is continuously kept under serious observation and not trusted with responsibilities. Though Suranjan hardly cares for any rivalry and often sinks into self-pity, Inspector Gaurav makes it a point to prove he is a villain by plotting against him.

The underlying enmity between these two alters the course of investigation in many criminal cases, especially, the one of Rubina Khatun. The case also involves the dreaded gangster Gazi (Dibyendu Bhattacharya) and works as the connecting thread in the entire series.

Another parallel narrative which runs till the end without much revelation, involves Suranjan’s live-in partner and journalist Maya Ghoshal (Hrishita Bhatt). She is apparently being blackmailed by threats to her daughter and coerced into secretly extracting information from Suranjan.

However, it seems that Ghosal’s narrative is yet to be fully explored. The show's next season is likely to focus on a bigger connection between gangster Gazi and the corrupt police officers. 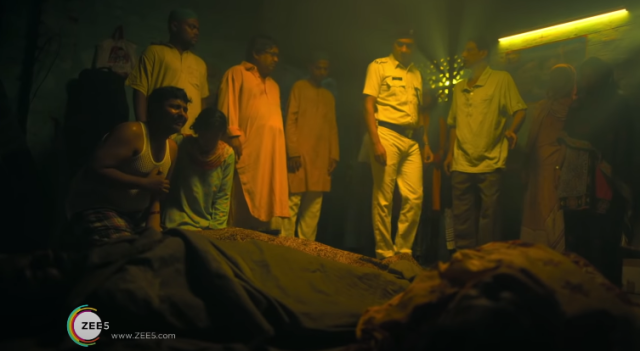 The director had stated that the most challenging aspect of making Lalbazar was to retain consistency of the plots throughout the ten episodes. In many sequences, Chakraborty seems to have unnecessarily incorporated too many additional narratives, solely for the sake of covering time instead of closely exploring the script with a relatively lesser number of crime episodes.

In these subplots, characters merely appear and leave without serving any purpose to the primary storyline. Also, the audience is left distracted without taking away much after the series ends.

Among the huge ensemble cast, Sabyasachi Chakraborty as the alert and composed senior, DC Sharma, puts in another powerful perfomance. Kaushik Sen, Sauraseni Maitra and Gaurav Chakraborty deliver natural performances despite the lack of characteristic transformation in their respective journeys. On the other hand, Bhatt delivers an overly dramatic performance which takes away the intensity of her crisis.

But Ronjini Chakraborty's act as a bold female character with supressed anger and Vicky Nandy’s performance as the opportunistic and corrupt police officer Mansoor stand out. 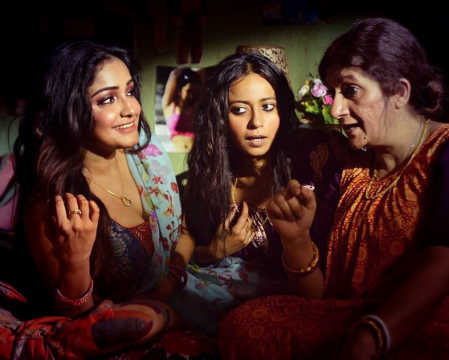 Anirban Chakraborti’s character has been presented as a buffoon obsessed with weird sexual fantasies. Bengali web-series have often been criticised for their overtly sexual content and violence. Lalbazar mostly refrains from the trend but then goes ahead and incorporates Inspector Gauranga’s character.

Ramyadip Saha’s camerawork could have been a little more aesthetic in some of the sequences, especially the opening scene, which could easily throw off audiences with its graphic portrayal of violence. Debajyoti Mishra’s background score doesn’t quite stand out for its ingenuity, rather he seems to have used some commonly used tracks in moments of dramatic intensity.

Lalbazaar exposes the corruption in the police department with a personalised narrative of rivalry. It has the potential of being a more socially and politically relevant commentary if the writers stop focusing on too many issues at the same time. The series can be a tedious watch in the beginning for audiences, who are now exposed to crime series from all over the world. But it takes a few episodes for the content to become engaging.