The short film by Jai Shankar A is part of the Kannada anthology Katha Sangama.

A lonely widow, Lacchavva (Paravva), experiences a day unlike any other when she sets out to go and buy sweets for her son's friend. The relocated village woman goes through many different emotions as she struggles to find her bearings in this wonderfully sweet short film by filmmaker Jai Shankar A.

Recently widowed, Lacchavva moves in with her son Beera (Raghavendra) and his friends in the city. Initially, she stays isolated at home, watching daily soaps and cooking for the young men. Then one day, she comes to know that it is Harish’s birthday.

Lacchavva has come to consider Harish (Beeresh) as her son as well, and wants to do something nice for him. There is a lot of friction between her and Beera, but Harish is more patient with her and treats her better than Beera does.

She steps out of the house to buy dharwad peda, a special sweet, and strays far, far away from home and gets lost. The young filmmaker nicely establishes this strange new world of Bangalore for Lacchavva, where the sights and behaviours of those around are alien to her. 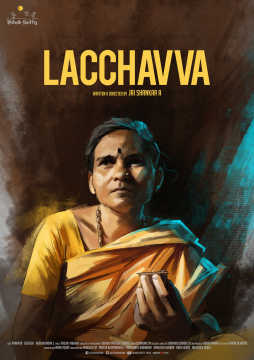 From an amusing mother’s day out to the frightening emotions of not knowing your surroundings or your home, first-time actress Paravva is the real key to the short film. Her innocent reactions take us through her harrowing day of getting lost.

Luckily, for us and Lacchavva, the world is made up of helpful strangers; they guide her to a bus (though it takes her in the wrong direction), to revisit an old Kannada movie Naagarahaavu (1972), or even to grab a quick, cheap meal. This network of strangers also helps her find her way back eventually, leading to the short’s most heartwarming moment at the end.

The 27-minute film effectively heightens Lacchavva’s growing anxiety as she gets further away from where she resides. The camerawork by Saurav Prateek Sanyal catches her in stressful moments, near and far, as Jai Shankar A’s story and screenplay keeps placing Lacchavva out of her element. The filmmaker and his team show immense promise.

The small cast has turned in appealing, natural performances with Paravva getting the most screen time. The short film rides entirely on her, and she delivers, in every way.

Films, especially shorts, are a small window into someone’s else world, and as audiences we vicariously observe how they live and behave. Here, we step into Lacchavva’s and see her adventure on the road. Not only will it move you, it may push you to help out a stranger in a similar situation in the future. We hope.

Lacchavva, part of the anthology Katha Sangama, was screened in the National Competition section at the 16th Mumbai International Film Festival on 2 February 2020. The anthology is now streaming on Amazon Prime Video.

The Kannada short film is centred on two millennials whose lives intersect amid the nationwide...

The film, which follows three days in the life of an autorickshaw driver and a French immigrant in a...

The film follows the story of Nandini, played by Ragini Prajwal, a law graduate who files a police...