The short film has a bizarre and unexpected climax, which actually sends out a clear message that hints at the complexity of human psychology.

Sudhanshu Saria’s short film Knock Knock Knock addresses a serious issue, including all its complexities, with an exciting and humorous tale. The short film can boast of two natural and contrasting performances by Santilal Mukherjee and Phuden Sherpa and a compact narrative that surprises as well as entertains the audience.

Keta (Sherpa), a tattoo artiste, spots Dada (Mukherjee), or an elderly person whom he prefers to call Dada; on the terrace of Keventer’s, Darjeeling, busy solving a crossword. He suddenly appears in front of Dada as a stranger who is obsessed with patterns and shows his interest in learning Dada’s obsessions.

Dada, who has a serious countenance, is irritated with the intruder and does not welcome him at all. On the other hand, Keta senses that he has finally found someone who has similar interests and, hence, is desperate to make friends with him.

The narrative gradually reveals that these two characters are loners and ensure security for themselves by marking their own territories or creating their own myths. As the film progresses, no matter how reclusive Dada wants to remain, Keta finds his way to him. 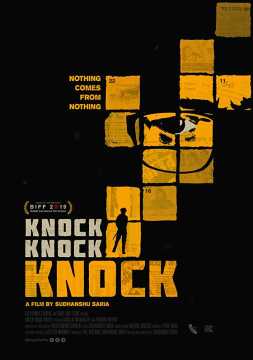 Saria’s script and dialogues ensure that the audience has a good time each time Keta appears on screen, with his sheer innocence, passion and bright ideas. On the surface, it seems the ageing Dada has sensed youth in his monotonous life with the presence of Keta. However, his nightmares involving Keta suggest that his psychology is more complex.

The short film has a bizarre and unexpected climax, which actually sends out a clear message. It hints at the complexity of human psychology. On the one hand, Keta, despite being a loner, stands for a young mind that is open enough to take risks and loves to have a sense of the uncertain. Dada, perhaps, was like Keta once. But years of solitude and the obsession of marking his territory have turned his mind into a closet that fears change and is apprehensive of the uncertainties of youth.

Dada stands opposite to the passion Keta exhibits with his conversations. While expressing eagerness to learn the tactics adopted by Keta, Dada also begins to have the strangest fears when Keta simply offers a suggestion to solve his crossword.

The narrative is replete with unpredictable moments. Apart from the sequences of Dada’s nightmares and the climax, which allows the audience to hold its breath in anticipation, the rest of the short film offers a joyride, with moments of good laughter as well.

Saria deserves credit for sketching the two contrasting characters with great depth and detail. The characters turn the narrative into a success, with their attributes completing the circle.

Santilal Mukherjee captures the stubborn trait of Dada perfectly and makes it apparent in his every moment on screen. By contrast, Sherpa infuses the idea of 'a breath of fresh air' in his act throughout. It is quite commendable the way both actors appear at the two end points of a journey.

Knock Knock Knock is delightful because it is able to present a meaningful and entertaining narrative within such a short span of time.

Knock Knock Knock was screened at the Arthouse Asia Film Festival in Kolkata on 10 January 2020.