The film by Rohit Dwivedi lays out the lonely life of Khejdi, a sheltered young Rajasthani woman, who begins to question her identity.

In the dark of night, a newborn baby loses her mother and her physician father contemplates infanticide. Little Khejdi, named after khejri (Prosopis cineraria), the state tree of Rajasthan, has no idea of the solitary life planned for her.

Her father, a skilled ayurvedic doctor, tells the village about his unfortunate, unlucky daughter, and hides her behind the mud walls of his humble home.

Khejdi (Ashish Sharma) has been born a transgender, and her father, fearing the worst kind of ostracism and condemnation from society, keeps her locked away like Rapunzel.

But there is no prince who is coming to rescue Khejdi. She grows up sheltered and innocent about the ways of the world. But she knows there is something missing in her life, apart of the lack of socialization and human contact. 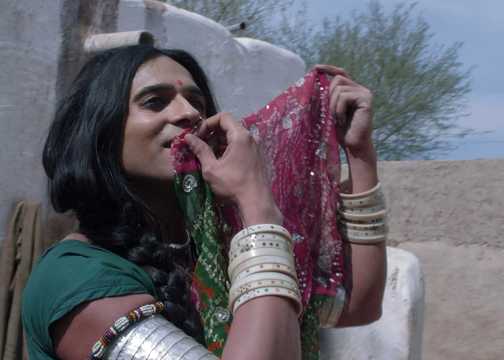 Now a young woman, Khejdi begins to question her father and what he has told her to find her place in the world. But in her quest to find her identity, she learns how cruel and uncaring society and the small-minded people in it can be.

From there on, it’s the point of no-return. As a bit of joy comes into her life in the second life, Khejdi’s happiness is palpable, and tragically short-lived.

Ashish Sharma, in a quiet and insightful performance, is absolutely compelling as the title character. He brings forth her anguish and desire to live, to be a part of the world that others inhabit, with maturity and empathy.

The film, based on a short story, Sanjha, by Kiran Singh, had its world premiere at at the 9th Kashish Mumbai International Queer Film Festival last year. 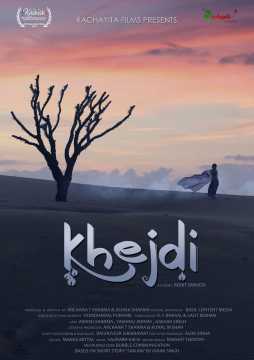 Dwivedi’s directorial debut is powerful and it’s a story that needs to be told. There are many such Khejdis across the country who suffer due to prejudice and shame. This film tries to bring forth the inner struggle for identity with sensitivity and understanding.

The film takes some time to establish the story, but once it does, there is no looking back. The final act is emotionally draining and well enacted, both technically and by the cast of the film.

No matter what walk of life, Khejdi is an eye-opening to experience. Don’t miss it.

Khejdi will be screened at the 14th Habitat Film Festival at New Delhi's India Habitat Centre on Saturday 25 May at 8:30 pm.