Director Pandiraj stresses on the fact that it is okay to be a farmer and to have farming as a career option.

Director Pandiraj, who is known for his heart-touching family entertainers, has come up with yet another heartwarming tale in Kadaikutty Singam (2018).

The story begins with Perunazhi Ranasingam (Sathyaraj), a wealthy farmer who owns large tracts of land, desiring a son from his wife Vaanavan Maadevi (Viji Chandrashekar). However, the duo continue to be blessed only with girls.

After having fathered four girl children, Ranasingam thinks he will be blessed with a boy if he marries again and begins to look out for another alliance. Worried that their relationship might get affected if he marries a girl from another family, Vaanavan forcefully gets her younger sister Panjavan Maadevi (Bhanupriya) to marry her husband.

To Ranasingam’s disappointment, the child that he fathers with Panjavan Maadevi, too, happens to be a girl. But Ranasingam is defiant and not willing to give up. Just when he begins to consider the possibility of marrying a third time, his first wife Vaanavan Maadevi delivers a child and this time, it is a son (Karthi)!

Ranasingam names him Perunazhi Gunasingam (Karthi) and also lovingly, calls him Kadaikutty Singam. The story revolves around Peruzhi Gunasingam, as he grows in the loving care of his five sisters. The boy reciprocates the love his sisters shower on him and grows up as the fulcrum on which the family rests. He plays a pivotal role in each of their married lives and ensures that any gifts given to any of the five sisters or their husbands is equal in value and size. This means that every time, he presents a gift to a sister or her husband, he ensures that gifts of either the same value or more are presented to the other sisters and their husbands.

The responsibility of taking care of the huge farmlands falls on the boy, who shoulders it all with a smile. He takes good care of all the members of the family and eventually as time passes, the sisters have kids of their own. Of these, two have daughters, Poompozhil Selamma (Priya Bhavani Shankar) and Aandal Priyadarshini (Arthina Banu).

Right from a young age, both girls take a liking for their uncle, Perunazhi Gunasingam, who carries the burden of providing for the huge family.

He knows that if he marries Aandal, then Selamma will be hurt and so will her father and mother. If he marries Selamma, Aandal, who has by now lost her father, would be left in the lurch. Moreover, Aandal is the daughter of his stepmother, who believes that her life had been ruined to save that of her sister’s.

He comes up with a brainwave to avoid the problem and to keep the family together. He decides to marry a girl from outside his family and chooses Kannukiniyaal (Sayyeshaa Saigal) and announces his decision to the family members. And there begins the problem.

The film’s story is as real as it can get. The desire to have a son to take care of the family is prevalent even to this day in many rural parts of Tamil Nadu. Pandiraj beautifully showcases how having two wives can disrupt peace and harmony at a later stage, even if not immediately. He also showcases the difficult role that a son in a rural family performs, especially when he has five sisters, two mothers and an elderly father to take care of.

More importantly, Pandiraj stresses on the fact that it is okay to be a farmer and to have farming as a career option. Some of the dialogues in the film underline the fact that people have been giving up farming at an alarming rate and that if this situation continues, we may soon have a situation where we may not have enough food being produced. 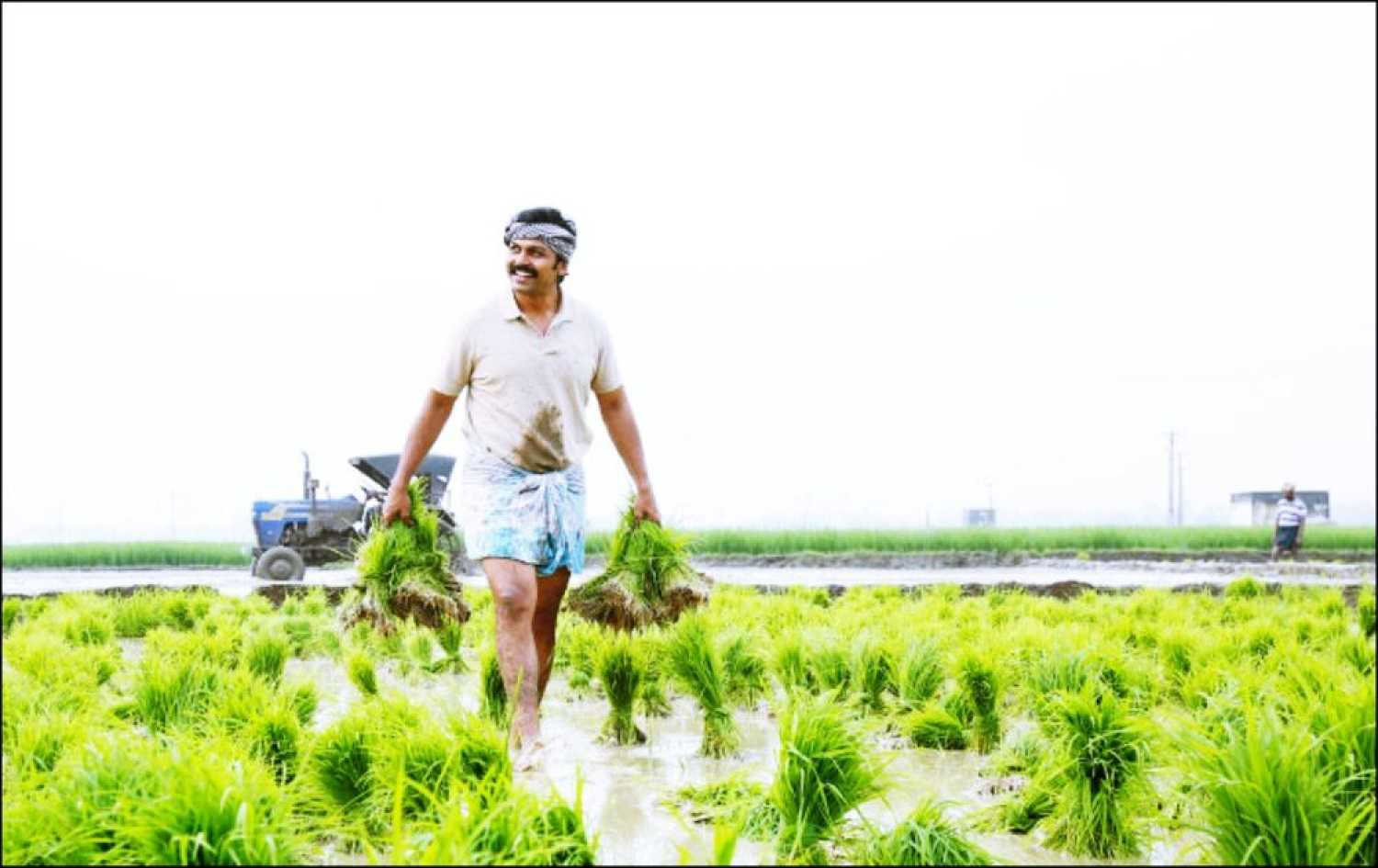 Pandiraj tells an emotional tale that is bound to move you. The film is all the more endearing thanks to some wonderful performances by Karthi, Priya Bhavani Shankar, Arthana Banu, Sayyeshaa Saigal, Sathyaraj, Bhanupriya, Soori, Illavarasu and Soundararajan.

Velraj’s camera gleefully captures the beauty of the countryside and presents a feast to the eyes of the viewers, often making one long to return to such farmlands.

Imman’s background score is apt for the film, which is bound to appeal to audiences from the rural parts of the state.

On the whole, Kadaikutty Singam is an emotional roller-coaster ride!

V Vignarajan’s richly atmospheric film marks the arrival of a filmmaker who needs to be taken...

Cinestaan Curates: B Selvi & Daughters is a heartening tale of self-affirmation and solidarity

Directed by Drishya, it was one of four short films created for the Her&Now film campaign to in...

Far from a devotional film, the Nayanthara-starrer is an out-and-out comedy that skirts controversy....