Directed by Rohan Ghose and Aritra Sen, the second season of the show only serves to glorify the lead character as a mother who will do anything to protect her son.

The second season of the bilingual series Kaali, streaming on Zee5, seems engaging but only in parts. Mostly, it just seems to be yet another layer of narrative, which can hardly be termed as a twist in the plot. Needless to say, the director’s sole intention is to glorify the journey of Kaali played by Paoli Dam, a mother, who can go to any length to protect her son. However, the second season hints at a departure towards the end, with the intention of recognising Kaali as a woman with her own ambitions.

Most of the characters surrounding Kaali lack depth and hence, they hardly hold your attention in her absence. Kaali’s undaunted attitude is remarkable as she has nothing to lose except for her son, Sunny. She is aware that Sunny hates her for continuously putting his life in danger and then saving him at the same time. He is simply tired of a life that he hardly gets to live.

Directors Rohan Ghose and Aritra Sen deserve credit for creating a protagonist, who is a fearless woman. When her survival demands that she enter the den of dreaded drug dealers, she embraces the challenge fiercely, while wishing for a peaceful life with her son.

Kaali’s involvement with the drug lords of Kolkata exposes the nexus between the drug mafia and the police. Police officer Aniket Banerjee (Rahul Banerjee) is a victim of circumstances as his girlfriend Kaali repeatedly ends up in the midst of illegal activities, and he gets into a compromising situation to save his uniform.

Leaving aside the connection with Kaali and the hypocrisy of the police, the narrative involving the gang war between the two drug lords Jing Liang (Abhishek Banerjee) and Swapan Koley (Chandan Roy Sanyal) has nothing much to offer to the audience.

The series of incidents that take Kaali’s journey further do not progress smoothly. But the audience hardly feels the adrenaline rush to figure out if Koley gets the consignment. Before the audience starts anticipating whether Kaali will be captured by Jing, strands of narratives divert their attention. 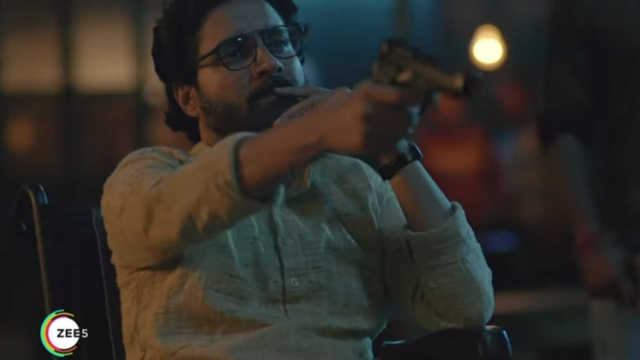 There is a sharp contrast between the two drug lords. Jing is a typical over-the-top narcissistic powermonger, while Koley is a survivor, for who loyalty is a big deal. While Jing represents the close alliance between crime and the police, Koley emerges as humane and compassionate. He guns down one of his members for declaring that he would be willing to kill a child if needed, and helps Kaali realise what she truly wants in life. Koley, with his calm composure, takes the narrative ahead with a new alliance.

Dam consistently holds on to the strength of her character, always making sure to create an ambience of tension around her. She is the only thrilling element in the series as well as its driving force.

Banerjee comes across as a naïve police officer and his expressions of frustration seem repetitive, while Shilajit Mazumder has a dubious countenance and it is difficult to gauge his stand in the entire scenario. Banerjee’s dramatic act and Roy Sanyal’s natural performance defines the contrast between the two characters. Vidya Malvade as police officer Gupta has done a decent job. The actor who plays Sunny is dramatic as per requirement and seems promising.

Srijit Basu’s indoor camerawork appears amateurish. In fact, he has done a better job in the action-packed chase sequences. One feels that editor Sumit Chowdhury could have amped up the pace of the film. However, Nabarun Bose’s background score seems to hold the series together.

It is evident from the ending that Kaali will come up with many more seasons. Writer Sen deserves credit for coming up with a female-oriented drama without unnecessary violence. Perhaps, he can invest more into creating characters which audiences can relate to in the coming seasons.