The web-series captures the perseverance and sheer will power of Major Deepender Singh Sengar and the people who love him.

Amit Sadh must be getting used to the feel of army fatigues. The actor's embodiment of Major Deependra Singh Sengar in Zee5's web-series Jeet Ki Zid (2021) is effective and, at times, moving. Directed by Vishal Mangalorkar, the series is a deep dive into the psychological and mental strength that often drives soldiers, more than the physical part of it.

The series tells the story of Sengar, with the man himself explaining incidents at the end. The seven-episode web-series blends real-life episodes with dramatic incidents to create a moving tale. Inspired by his elder brother and spurred by his death in a terrorist attack, Deep joins the Indian Military Academy and goes on to become a part of the army's elite operations unit. Here he butts heads with another stubborn military man, Ranjeet Chowdhury (Sushant Singh).

The series begins with Sengar's injury in a militant attack and the struggle to recover. Throughout, the soldier goes through a mental transformation more than a physical one. This is the defining element of the series. The return of Ranjeet Chowdhury and the role played by Jaya, Sengar's wife, transform a man whose spirit was almost broken by his handicap. 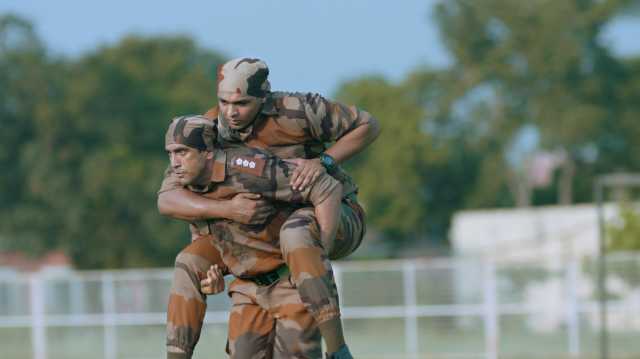 Sadh is particularly effective as the wounded but fighting major. The actor has built up the physicality to play a rugged army officer, but it is the moments of mental trauma and the struggle with himself that highlight his acting ability. As the tough major, Sadh does sometimes overplay the part. As the man struggling to come to terms with his reality, he manages to bring it home. 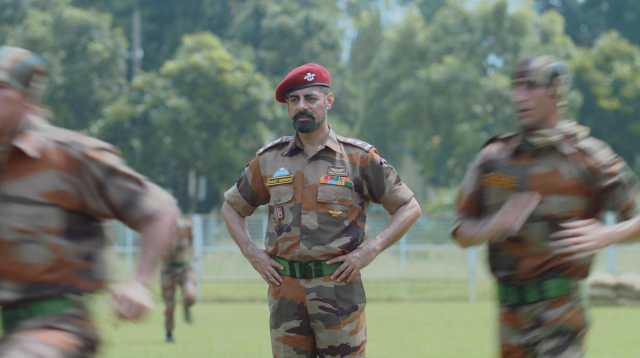 He is complemented by Sushant Singh who leaves no stone unturned to get his former cadet back from the depths of depression. Sushant Singh is coarse, sometimes hyper, but a captivating presence on screen. If Sadh plays the powder keg ready to explode, Sushant is the match that lights the fuse. Constantly abrasive, and aware which buttons to push, the actor is compelling as Chowdhury. 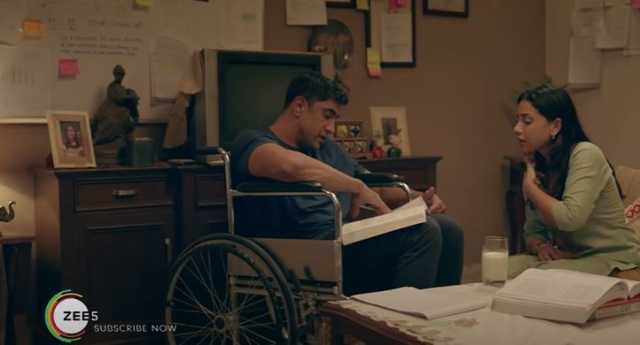 The true hero, however, is Amrita Puri as Jaya Sengar. The love of the major's life, and later his wife, she plays a key role as the woman who struggles with him through the dark periods. The chemistry between Amrita Puri and Sadh is quite good, and complements their performances. The actress also brings emotional heft to an otherwise masculine story.

Vishal Mangalorkar's direction is able and manages to capture the details that go into army life. The makers have focused a great deal on training techniques, regimen and attack coordination, which lend the series credibility.

The same cannot be said for the moments of the lead character's relationships. The friendship between Sadh and Aly Gony's characters, the overwrought emotionality of the past, feel a little too dialogue-heavy. While Amrita Puri and Sadh's performances hold up, the dialogues and screenplay that build on their relationship are a little weak. This might be due to the story (Akash Chawla and Arunava Roy) that focuses on too many elements and struggles to keep hold of all the threads. The non-linear nature of the narrative that slips from 1996 to 1987 and back also feels a little complicated as a stylistic device.

The addition of snippets by the real Major Deep Sengar and Jaya towards the end of each episode is a new touch. But while they are emotional and sometimes a little enlightening, they take away from the suspension of disbelief required by the series. In hindsight, maybe a complete episode towards the end focusing on their experience would have worked better.

Jeet Ki Zid might not have the tension and the drama of a typical army series, but it delivers on the struggle, the background and the technical details. The series manages to capture the nature, spirit and struggles of a man pursuing his passion at all costs, and the price paid by the people who love him.

Kosa review: A brutal reality of India that disappears in a media black hole

22 hours ago — Shoma A Chatterji

Cinestaan Curates: Cuddly is an endearing ode to the unwavering love of mothers

Directed by Karan Shetty, the five-minute short film captures the nuances of a mother-daughter...

The documentary by Farida Pacha is an important look into medical care for terminally ill patients...