Anshuman Jha and Zareen Khan do a decent job portraying queer individuals looking for love and acceptance but are let down by a weak script and poor direction.

Harish Vyas’s Hum Bhi Akele Tum Bhi Akele (2021) starts off promisingly. The two protagonists, Veer (Anshuman Jha) and Mansi (Zareen Khan), who have turned their back on the prospect of marriage, decide around the same time to break free and be true to themselves in life.

For Veer, this means ensuring that his closeted partner Akshay (Gurfateh Pirzada) finally comes clean to his wife. Mansi, meanwhile, wants to reunite with her girlfriend Nikki (Janvi Rawat).

Veer and Mansi meet by chance at a Delhi nightclub and strike up a friendship. Soon, Mansi ends up showing up at Veer’s house in the middle of the night and, after Akshay rejects Veer for wanting to make their relationship official, the two friends set out on a road trip to McLeodganj to meet Nikki.

As Mansi and Veer get to know each other better, the opposites realise that in some way they complement one another. This portion of the film gives off major Jab We Met (2007) vibes as Mansi channels Geet’s carefree spirit, while Veer steps into the rigid Aditya’s shoes. 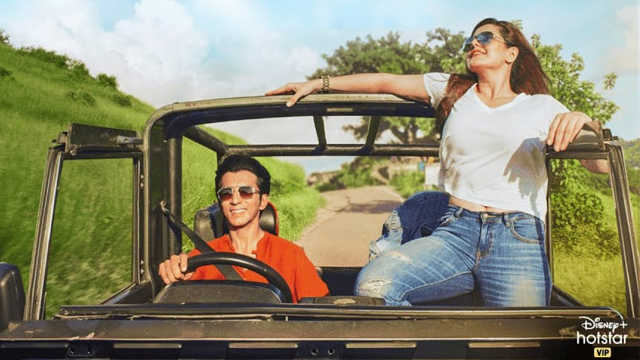 The cinematography by Faroukh Mistry and Rakesh Rawat, which showcases the beauty of the northern states is definitely appealing, seeing as we have been working from home for over a year. Rabbi Shergill’s chartbuster 'Bulla Ki Jaana' fittingly also becomes an anthem of sorts, the lyrics hitting home for Veer and Mansi.

While in McLeodganj, Mansi receives some heartbreaking news and the duo come together to pick up the pieces of their lives. The second half of the film takes some abrupt detours, upending the characters lives completely. Jha and Khan bring sincerity to their roles as queer individuals wanting to live life on their own terms, just like their heterosexual counterparts. However, the clumsy direction and screenplay by Vyas and Susan Fernandes do them no favours.

The story rambles on a bit in the first half, and the obvious dialogue keeps emphasizing the odd couple dynamic the two share. Some scenes are also unnecessarily long, showing a lack of focus. The allowed this reviewer's mind to wander a fair bit, wondering how the unemployed Veer and Mansi were managing with their finances. Their respective love interests, and in effect their love stories, are also underdeveloped. 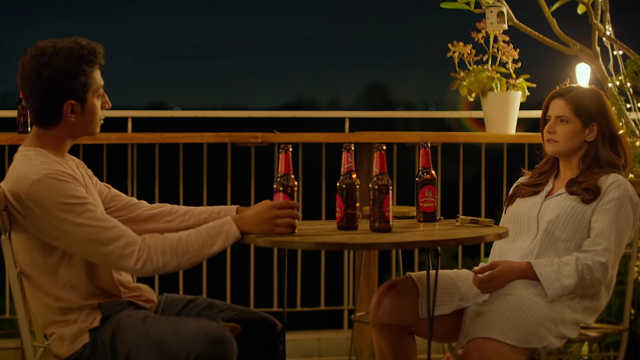 Once in a while, Veer and Mansi have unfiltered moments of honesty, especially when they address their families. The feature also has a running thread of children with strained relations with their fathers.

Jha and especially Khan (in her strongest role yet) shine in these authentic moments where they own their truth by turning in sensitive performances. But Vyas and Fernandes undo all the work Veer and Mansi put in by hurtling them towards a sentimental ending, which feels rather rushed.

Vyas’s story is well-intentioned, especially in wanting to portray these well-rounded LGBT individuals who find solace and acceptance in each other. But by the time one reaches the finale, the ending feels like a complete letdown.