PS Mithran’s Hero is the Gentleman tribute we needed and it’s a film that pretty much gets everything right.

PS Mithran’s Hero (2019) is the Gentleman (1993) tribute we needed and it’s a film that pretty much gets everything right. Imagine Arjun’s character from Shankar’s Gentleman is still around and he happens to find a mentee in Sivakarthikeyan’s character in Hero.

This is the premise on which Hero is built, and both the films take on the education system but Hero goes a step further to talk about the importance of nurturing the dreams of our kids and not force them into becoming educated labour. Hero also talks about innovation and creativity but what it lacks as a superhero film is more punch. It needed to be stronger in terms of selling the superhero idea. 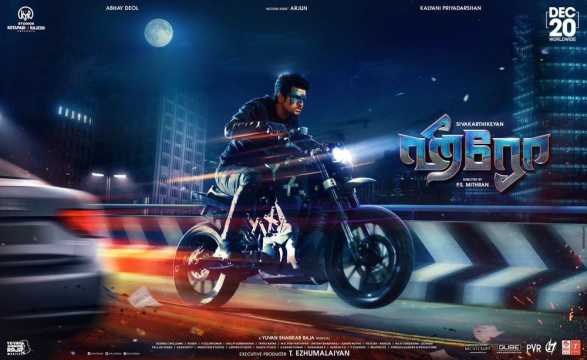 Sivakarthikeyan plays Shakti, and as a kid he grows up idolizing Shaktimaan and becoming a superhero someday, but he’s forced to shift his focus on education after an incident. Shakti comes first in his district in class XII, but he ends up working as a forger of certificates. Arjun plays Moorthy (an extension of his character from Gentleman), who runs an alternate institute for kids with gifted talent, but he was a Robin Hood once.

In the past, Moorthy has robbed, and used that money to build Sathyamoorthy Charitable Trust which he uses to provide free education. Moorthy is no longer fit, he walks with a broken leg and he’s no longer in a position to take on the system. He needs someone younger to fight for his cause, and he finds a mentee in Shakti, who turns superhero to take on the corrupted education system.

As a transition from Gentleman, Mithran’s Hero is a laudable attempt and it deserves some love. However, it doesn’t quite work wholesomely as a superhero film as it gets stuck trying to find a middle ground between being a vigilante film and a superhero flick. Even as a superhero film, Hero doesn’t really make Sivakarthikeyan heroic, and in fact, makes him powerless without the high-tech gadgets he uses designed by some children in the movie.

I, for one, expected a lot more action given this is a superhero film and the lack of it made it a middling watch for me. I’d pick Bhavesh Joshi Superhero (2018) over Hero simply because the former had better action and did complete justice to the superhero subplot. Hero works better as a vigilante film and it belongs to the world created by Shankar with films like Gentleman, Mudhalvan (1999) and Anniyan (2005). 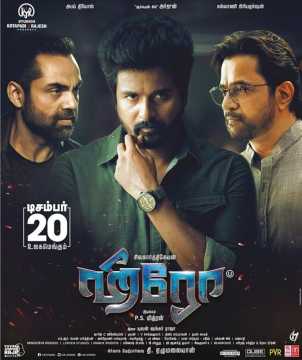 Mithran is a filmmaker with better commercial sensibilities and he writes the emotional scenes better than action. Unfortunately, Hero has far too many emotional flashbacks and it gets slightly annoying to empathize with each of the backstories, thereby it impacts the overall mood of the film. Nevertheless, Hero makes up with an interesting mentor-mentee subplot featuring Arjun and Sivakarthikeyan, who shine together on screen. There are scenes where we see Arjun score better and it’s refreshing to see Siva having no problem with it. Another star in his shoes would’ve felt insecure about the film giving more importance to Arjun’s character.

Wish Sivakarthikeyan’s role was more serious from the beginning. A good 15 minutes is wasted making him play to the gallery and indulging in cheesy romantic scenes with Kalyani Priyadarshan. There’s no denying that comedy is his strength but it’s time he explores his other strengths too by going against the grain. Also, he struggles to carry the aura of a superhero which needed him to be massy, considering the film is made keeping in mind mainstream audiences.

Arjun is terrific in Hero, and he really makes a strong impact in a role that demands him to underplay. Abhay Deol as the antagonist is good but his role isn’t well etched out and it gets predictable after a point.