The screenplay is dull and stagnates right after the initial half-hour.

Old souls — that’s what one of the protagonists in Hampi calls the boulders in the eponymous town located in northern Karnataka. He even urges fellow travellers to spend quality time with them. Cameraman Amalendu Chaoudhari takes this advice seriously — getting intimate with the terrain which is unique and full of character. He captures the sights and sounds of Hampi, a religious town which was the centre of flourishing commerce during the heyday of the Vijaynagara empire in the 14th century.

A UNESCO World Heritage site, the town of Hampi is currently in ruins but still a hit with backpackers for its peculiar history and geography.

Mumbai girl Isha (Sonalee Kulkarni) is greeted by Hampi local R Ranjit (Priyadarshan Jadhav). His  brightly coloured and garishly decorated ‘global dil’ autorickshaw sticks out like a sore thumb against the earthy colours of temples and structures in Hampi town. Isha has her guard up at all times, and we think it’s just one of the precautions single women take while travelling. Turns out her best friend ditched her and she ended up taking the trip alone. 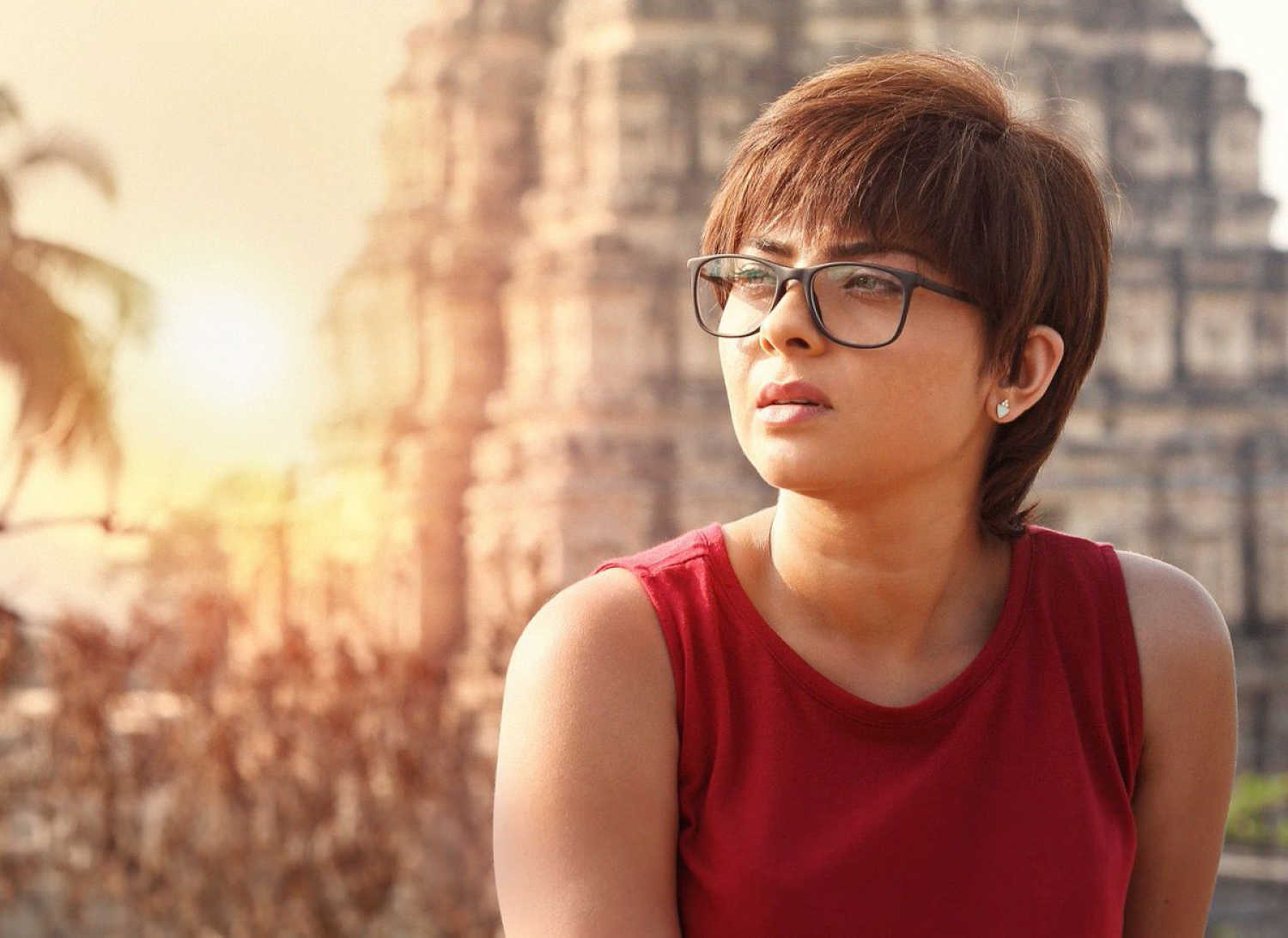 She reveals this to Kabir (Lalit Prabhakar), a fellow traveller who stays in the same guesthouse. When Kabir clicks Isha, she is confused but barely protests. Kabir is likeable, after all, and the complete opposite with his outlook towards life. They start spending time walking, cycling around, and exploring the culture and history of Hampi.

Story, screenplay and dialogue writer Aditi Moghe makes a genuine attempt to weave deep conversations between the characters and play them out against backdrops of gorgeous sunsets, architectural wonders, and pleasant classical beats. This simplistic approach slows the pace of the film, leaving the audience staring at gorgeous panoramas and forgetting the wafer-thin storyline.

Isha’s character graph undergoes a sea change from the time she bumps into Kabir; however, she fails to gather sympathy. Her negativity borders on whining, and you are left wondering whether a free, positive soul like Kabir would ever fall for her. Her character’s bitterness leaves the audience feeling hopeless.

The biggest plot twist is the arrival of Isha’s friend Girija (Prajakta Mali) before the interval and that doesn’t lighten up Isha either. This twist is a false hope the viewer has to cling to.

The screenplay is dull and stagnates right after the initial half-hour. The visuals aspire to compensate for the lack of interesting content; however, even a place as beautifully as Hampi cannot salvage the uninteresting characters visiting the site. Director Prakash Kunte’s film seems indulgent, one that easily lets up on the need for good storytelling.

Lalit Prabhakar is a natural. His effortless charm makes every scene with him worth it. However, Kabir immediately takes you back to his debut Tuzha Tu Mazha Mi, in which, too, he played a travel enthusiast. Hampi is his third film this year, and we really hope he picks more challenging roles now.

Sonalee Kulkarni’s Isha is the character you love to hate. She is fiercely pessimistic and her self-loathing makes you cringe. But the lack of depth to her character limits Kulkarni. She has little opportunity to shine, given the story that is crippled further by the excellent camerawork and background music. Narendra Bhide and Aditya Bedekar generously use flutes, percussion instruments and local Kannadiga music to add a layer of piety to the visuals.

Hampi the film lacks soul, which is unlike Hampi the destination. You won’t miss much if you skip this one. Do yourself a favour and visit the place instead.