Gumnaami review: The film is proof of confused intentions and lack of creative pursuit

Had director Srijit Mukherji succeeded in motivating the audience to delve more into the legacy of Netaji through his narrative, the film would have had an impact.

Had Gumaami been a documentary, rather than an informative feature, it would have been justified. Mukherji has not really attempted to fictionalise the theories around Bose’s death. The dramatic part belongs to a character, Chandrachur Dhar, who challenges the already established theories about the mystery.

His portions are over-dramatic for no good reason and it makes you ponder about the lack of creative pursuit of the director behind making the film. It seems that Mukherji gathered all the information regarding Netaji and his death and once depicted, the director is confused about the rest of the narrative.

Perhaps, Mukherji thought casting a superstar, who carries the image of a hero, would be perfect as Netaji. However, Prosenjit Chatterjee doesn’t carry the fiery attributes of the revolutionary that Netaji was. His dialogue delivery does not send chills down your spine. In his efforts to be serious, Chatterjee delivers all his dialogues in a low pitch, and sometimes, it appears as if he were having difficulty moving his jaw due to the less than fascinating prosthetic make-up. 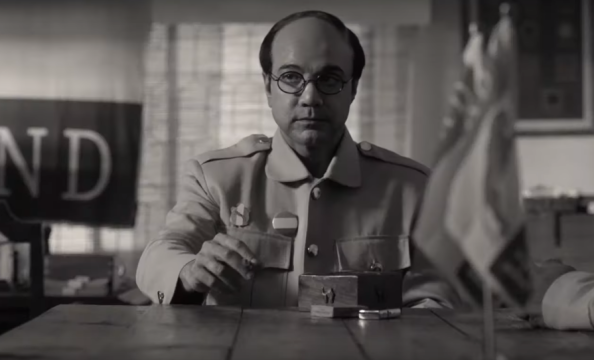 Mukherji bases the film on the most widely circulated narrative of Bose’s death, in which Bose gives up his presidency of Indian Congress for his mission with Indian National Army (INA). Eventually, his plane crashes while he was travelling from Japanese-occupied Taiwan to Tokyo, resulting in his death.

While the entire nation starts to believe the news arriving on 18 August 1945 and Jawahar Lal Nehru proceeds to make an appeal to the Allied forces to not declare Bose as a war criminal, even as information of Netaji being seen alive by various people in different locations begins to pop up.

While Mukherji gradually builds up the alternative discourses on Bose’s death, he also juxtaposes the plot with the narrative of Chandrachur Dhar (Anirban Bhattacharya), a journalist, appointed by his senior (Mukherji himself), to work on a comprehensive report of the hearings on Bose’s death.

A nonchalant Dhar hardly anticipates the self-consuming effect of the task; however, the more he learns about Netaji, the more determined he is to shatter the established theories on Bose’s death. Theories that he believes are an attempt to delude the people of the nation.

Dhar’s character could have been made interesting without making him unnecessarily vain. His journey is melodramatic, rather than passionate. The climax too doesn’t take it anywhere better. 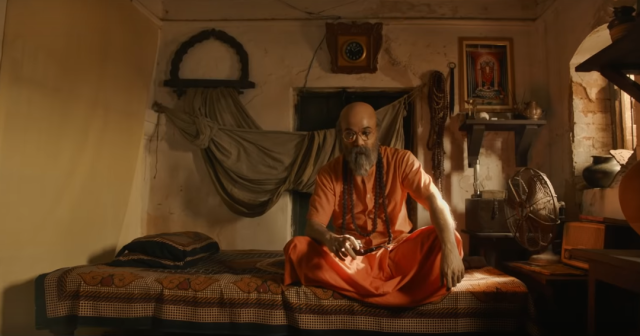 On the other hand, Mukherji depicts the narrative of Bose spending the rest of his life as Gumnaami Baba in an obscure place of Lucknow without frills and as realistically as possible.

Mukherji can only be given credit for creating a smooth plot progression out of so many subtexts, but the rest of information, including Dhar’s arguments in support of his theory regarding Bose’s last days as Gumnaami Baba, is only capable of crowding the minds of the audience, without giving them any relief.

It is easier to accept Chatterjee as Gumnaami than Netaji. His calm, patient and wise demeanour suits the mysterious monk, who prefers to not disclose his identity for the sake of the nation's security but is also, deeply hurt and disillusioned about the façade of India’s independence.

Needless to say, Bhattacharya’s act is high-pitched and doesn’t invoke any kind of empathy for his character during the climax. Tanusree Chakraborty is decent as Dhar's wife, who is initially fed up with his obsession about Netaji but later, cannot help support him. Akshay Kapoor and Surendra Rajan, who portray Pandit Jawahar Lal Nehru and Mahatma Gandhi respectively, do convincing jobs.

Soumik Halder’s cinematography captures the charm of old Lucknow, which is more endearing than the rest of the portions of the film. Pronoy Dasgupta deserves credit for saving the verbose film from turning into a tedious one at several points.

The special effects of the chapters in Taiwan as well as during the climax are quite amateurish. Indraadip Dasgupta’s composition of 'Subhas Ji', 'Kadam Kadam Badhaeja' and as well as his background score are among the few stronger points of the film. These help the audience to relate and connect with the patriotic zeal of Netaji.

Had Mukherji succeeded in motivating the audience to delve more into the legacy of Netaji through his narrative, the film would have had an impact. The way Dhar is portrayed as the only capable soul of solving the riddles around Bose’s death hardly carries the potential to inspire the audience.