With a new soundscape, a relatable underdog story, and hypnotic cinematography, Gully Boy brings the streets of Dharavi alive.

Go back to the first time you heard Led Zeppelin's 'Stairway To Heaven'. Or Mohammed Rafi's bullish 'Yahoo!' Or, for the uninitiated, the guitar solo in 'Rock On!!' By the end of Zoya Akhtar's Gully Boy, even the most pessimistic audience was mumbling, hopefully, 'Apna time aayega [Our day will come].'

Zoya Akhtar dives into an impeccably crafted story embellished with the subterranean musical genre that grew out of desperation. Murad (Ranveer Singh) is a child of the never-ending maze that is Dharavi. When his father marries for the second time, the cramped shanty becomes unbearably difficult to live in. He escapes into his poetry, or into the conversations with Safeena (Alia Bhatt), his hot-headed girlfriend.

During a college slam fest, he comes across MC Sher (Siddhant Chaturvedi) who takes Murad under his wing and introduces him to the underground world of Mumbai's rap culture.

But every step is coupled with an obstacle. For his father, becoming an employed graduate is the greatest he can achieve. Yet, the contrast is slapped in our faces when the rich family Murad drives for tells their daughter, "Everybody is a graduate now. Do you want to be like him?"

Murad persists. With Sky (Kalki Koechlin), the talent finds the platform and finally reaches out to a larger audience.

In a way, Gully Boy is a predictable underdog story. We know Murad vindicates his rapping potential. We know his family eventually realizes his talent. The clichés exist in the deep love story, the mentor-mentee relationship, the one criminal friend and, of course, the hurdles that stop him at every step. In the end, the film is about hope. And hope, as they say, is the most beautiful thing. 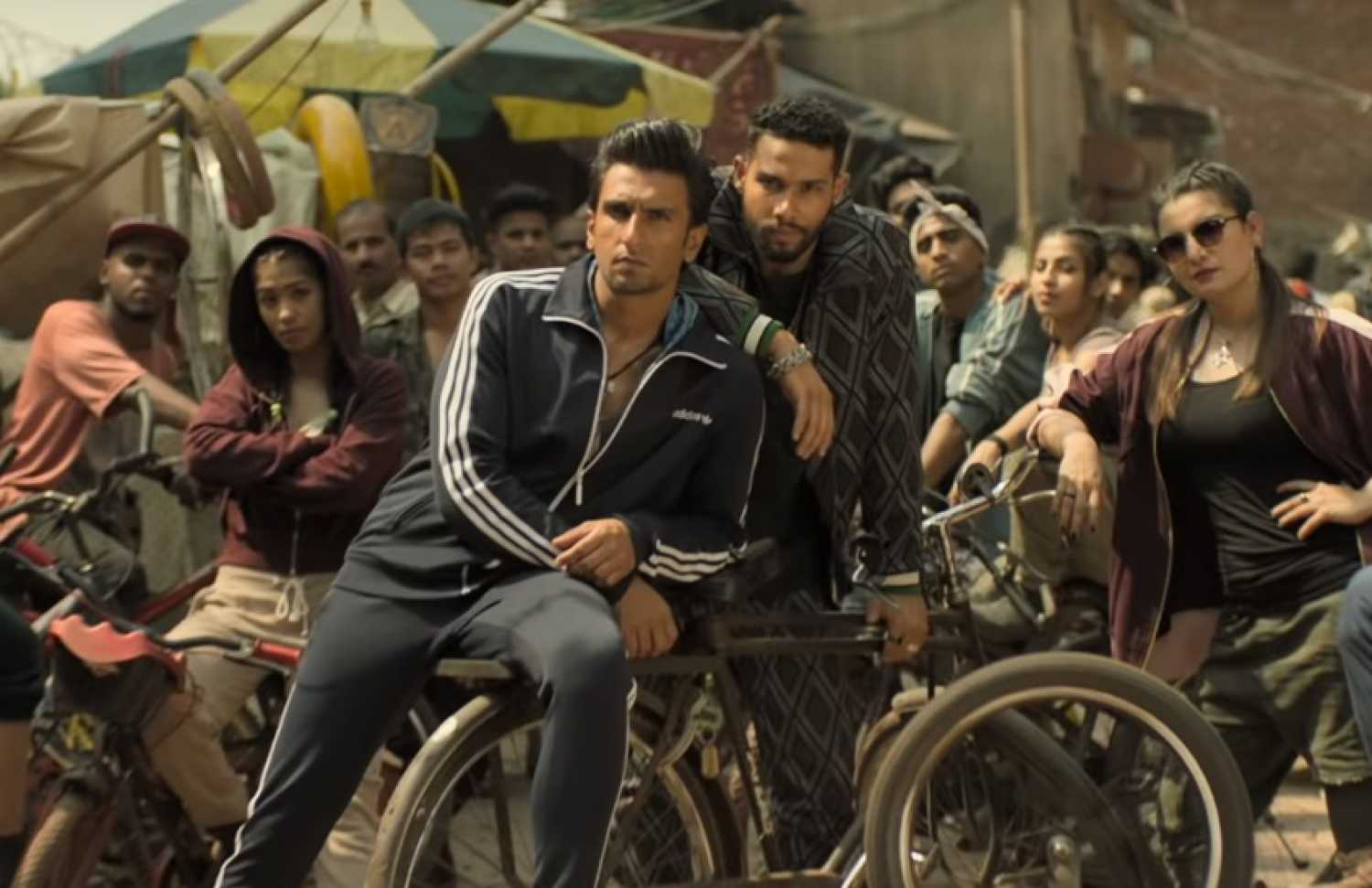 Zoya Akhtar's screenplay is a little lengthy, but it is riveting and intense. And it is brought to life by an ensemble cast of terrific performers. Vijay Raaz delivers yet again as a man whose reality of poverty is his truth. Another effective performer is Vijay Varma, who plays the irascible drug-peddler friend, a Murad gone wrong.

Then, of course, there is Siddhant Chaturvedi, a brilliant presence throughout the film. A mirror to Ranveer Singh's Murad, his attitude and realistic portrayal of a rapper idolized by many but struggling with his own bitter truth stay with you beyond the film. His charm and natural presence are impressive.

The ensemble delivers a pitch-perfect performance to elevate the film. Amruta Subhash as Murad's mother Afreen, or Jyoti Subhash as the conservative grandmother, and Sheeba Chaddha as Safeena's mother are impressive. Even Kalki Koechlin, despite the limited role on offer, leaves a mark.

As the headstrong, ambitious Safeena, Alia Bhatt is a treat. The actress has the ability to steal the scene with a mere wink, and she does that here with elan. Playing the insecure girl whose only hope in the world is Murad, she is volcanic when she suspects him of straying. Bhatt is explosive and might have stolen the thunder from Ranveer Singh if not for the latter's own brilliance.

For once, a film does not cinematically beautify a breakup. It is painful, loud and sudden. Thankfully, it is not followed by a sad song. It seems appropriate that the film is being released on Valentine's Day.

Bringing the entire ensemble together is Ranveer Singh in a controlled performance that is entrancing. The best moments of the film are perhaps the actor's depiction of his character's controlled rage, held in his eyes. He speaks quietly, with a soft demeanour, with a fear, almost, of exposing himself. The film is filled with these moments that slowly build up the tension and let it explode in the rap.

And boy, does he explode! The actor's ability to let rhythm and tempo dictate the verses is impressive. You almost feel he could try a career in rap himself. Ranveer Singh fills the screen with every scene, and captures your attention with sublime confidence.

The rap itself is a constant river of thought throughout the movie. Zoya Akhtar and Reema Kagti (screenwriters) have allowed the music to be a naturally integrated part of the narrative. It feels like a sudden burst of anger through poetry that emerges through the city of Zoya's film.

An impressive element in the film is the camerawork by Jay Oza. The camera is constantly in the face of the film's protagonists. The invasive camera makes Mumbai feel like a soul-sucking crowded metropolis. The only time it moves away is in Murad's moments of solitude and on the stage, reminding us of his loneliness. The opening tracking shot of Murad and his gang busting a car, a stylized moment that slowly segues into the crowds, is a wonderful way to draw the audience into the story.

Space, after all, is a crucial part of the story. These rappers have emerged from the gaps and crevices left by mainstream music and the arts that left them no space to tell their stories. Note how, when Murad walks into a spacious bathrooom, the first thing he does is measure how enormous it is.

Whether it is the buses, trains, or homes, their lives are constantly crowded by an invasive camera. It also adds to the experience when space itself explodes on to the screen with the defiant music.

Zoya Akhtar has so far been associated with films like Zindagi Na Milegi Dobara (2011) and Dil Dhadakne Do (2015) which have been accused by some of being rose-tinted views of a privileged life in India. In Gully Boy, she dives head first in the opposite direction and emerges with a resonating tale of hope. This is a film that screams 'Azaadi' from the usual genres of music with a new voice that is impossible to ignore.

Shukranu is a victim of lazy writing, as if the writers were in an unseemly hurry to lock the Major...

Shikara review: Promotes hope over helplessness on the plight of Kashmiri Pandits

The Vidhu Vinod Chopra film is a moving portrayal of one of the darkest chapters of recent Indian to...