Gul Makai review: This cinematic take on Malala Yousafzai's life is not engaging

HE Amjad Khan's film spends too much time on the background of the Taliban conflict in Pakistan's Swat region, forgetting to focus on its real subject, Malala Yousafzai.

Three gunshots and the life of a promising young student is derailed. That's how you think a story would go, but the activism that teenager Malala Yousafzai was engaging in before the attempt on her life by the Taliban in 2012 did not end; it expanded and grew around the world, leading to her becoming the youngest Nobel Peace Prize laureate in 2014.

HE Amjad Khan's film opens with the infamous attack on Malala's life and then painstakingly details the growth of the Taliban in the Swat region and in Pakistan. For the first hour, the focus is entirely on the Taliban, their brutality and the inability of the Pakistan army to curb them. We are introduced to the Yousafzai family in Mingora, from Malala (Reem Shaikh) to her father Ziauddin (Atul Kulkarni), a school principal, and her homemaker mother Toor Pekai (Divya Dutta). The loving family encourages its three children, especially the daughter, to study.

As the Taliban impose Sharia law and restrict the freedom of women in the region, we see how the one thing that Malala loves the most is eventually stripped away from her. Unfortunately, for a film titled Gul Makai (her pseudonym when she blogged about life under Taliban rule for BBC Urdu), Malala's life and how she felt in that period kick in too late in the second half. 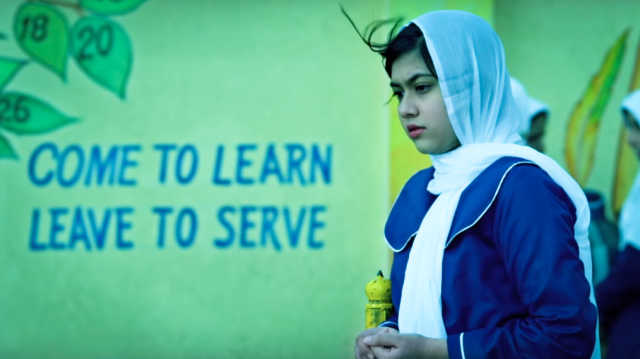 Khan, instead, shows the Taliban leaders killing innocents and engaging in warfare to establish their rule in the Swat valley. All the violence just grows tiresome after a point. These sequences are also badly edited and executed, and the chronology of events will leave you confused instead of enlightened.

Actors like Arif Zakaria, Om Puri, Pankaj Tripathi and Sharib Hashmi are wasted in small roles. Even Mukesh Rishi and Abhimanyu Singh, who play key characters in the Taliban leadership, come across as stereotypical Muslim terrorists that one sees in films.

I wish Khan had trained his film's lens more on Malala. The film's final 15 minutes show glimpses of her personality, but by then it's too little, too late. Reem Shaikh fits the bill physically, but we never engage with her emotionally. The real Malala is far more spirited. Kulkarni, a seasoned actor, fares better as Zaiuddin, a progressive man who fought for girls' education despite the numerous threats to his life.

If you are really interested in knowing more about Malala and her life story, do check out the documentary He Named Me Malala (2015) which shows the young activist becoming more determined in her fight for human rights and children's education after the attack on her.

Aapke Aa Jane Se review: This short film based on the ‘Dancing Uncle’ wins your heart

Manu Rishi Chadha brings his own version of the man whose videos went viral with his carefree...