Guilty review: Long road to the truth in this 'he said, she said' saga

Kiara Advani steps up to the plate in the murky tale directed by Ruchi Narain that tries to look at both accounts in a rape case.

A wild night of music, drugs and alcohol ends in an accusation of rape. The accused: a popular rich boy, Vijay Pratap Singh aka VJ (Gurfateh Pirzada), who also happens to be the lead singer of a band, Dooby Doo. The victim: a poor scholarship student, Tanu Kumar (Akansha Ranjan Kapoor), who seemed to be ‘asking for it’. So, is VJ guilty, or is Tanu taking advantage of the MeToo movement?

Ruchi Narain’s Guilty (2020), the first production of Dharma Productions’ digital wing Dharmatic, seeks to explore the case and delve deep into the murky details to emerge with the truth. But to get to the end, one must wade through a plethora of characters who are either lying or stating the facts, and a world set in a college where everyone has something to hide.

While the film begins with the investigation of what happened that night, Guilty gives us two characters to identify with as it moves forward — VJ’s talented girlfriend Nanki Dutta (Kiara Advani) and star lawyer Danish Ali Baig (Taher Shabbir) trying to uncover the facts to protect their client.

As they sift through what is fact and fiction, the events of the night are pieced together one by one leading us to the truth. The film is set in the fictional St Martin’s college. VJ and Nanki are the star couple on campus. He is the idolized lead singer, and she is the songwriter headed for a Rhodes scholarship. However, on Valentine’s Day 2018, VJ says he cheated on her with Tanu, the theatre society student from Dhanbad, Jharkhand, who already has a beef with Nanki.

We don’t know how, but their relationship survives this, until Tanu returns after a year to tell her story of what happened to her. Her accusation, arriving on the heels of the MeToo movement in India, is seen as exploitative. She is an attention-seeker, say VJ and his friends, including Nanki. In fact, Nanki slaps Tanu in public and believes she is just out for revenge. 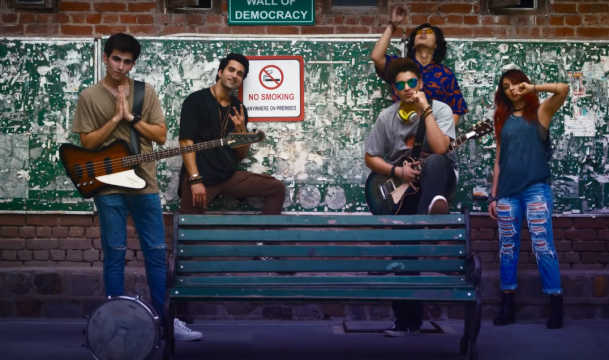 This accusation wreaks havoc in the lives of the band members, as the college breaks into two groups, those who support VJ and those who support Tanu. The adults around them just want to handle the situation. VJ’s wealthy parents, his politician father (Manu Rishi Chadha) and mother Sushma (Niki Walia), use the influence of their lawyers to get their son off the hook.

A former St Martin’s student himself, Danish finds himself leaning towards the side of the truth the more he looks at the case. And Nanki, wading through her own hazy memories of the night, along with her personal traumas, has her own reckoning to contend with.

Guilty, co-written by Ruchi Narain and Kanika Dhillon, has to pack in a wealth of information and back story in the first half. The constant time-shifts, before the alleged rape and after, get confusing. The choppy editing by Bodhaditya Banerjee doesn’t help.

The first half goes into establishing the super-cool Dooby Doo who play music, wear trendy clothes and frequently get tattoos. There are references to pop culture aplenty and Guilty deals with the heightened emotions of the youth as they process the rape charge against VJ.

The second half gets to the heart of the matter: what happened that night? Who is lying? There is a final confrontation on, where else, the music stage, where ugly truths are unearthed. Nanki, too, has a public catharsis and reveals a dark secret of her own. And just when we were beginning to scratch the surface, Guilty ends up concluding its story. 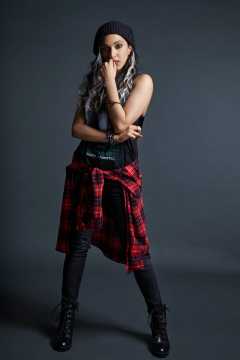 Narain’s screenplay, with dialogues largely in English by Atika Chohan, brings up some key issues about how sexual harassment is dealt with in India. If a young woman, be it Nanki or Tanu, wears revealing clothes, is she is fair game to be hit upon? The script also points out how men and women who behave in the exact same way are treated. The male behaviour is accepted while the female must be asked to ‘behave’.

A key scene of sexual assault in the film is also depicted from the female perspective, and, thankfully, is not exploitative as most Indian films have been in the past. Nanki, initially an unreliable narrator, like Dhillon’s lead in Judgementall Hai Kya (2019), eventually becomes the connector for the whole story.

Advani, like her character’s ever-changing hair colour, isn’t consistent, but that’s also due to the way Nanki is written. Her final outburst, while poignant, doesn’t connect fully. Kapoor, in her first film, makes a good debut, while Taher Shabbir is decent as the lawyer wanting to help.

The music by Ankur Tewari, which is supposed to be a large part of the film, doesn’t leave an impact. Dooby Doo’s appearance would have you believe them to be a heavy metal band, but they perform Nanki’s Urdu poetry, written for the film by Kausar Munir.

Guilty ends with a note saying how many of those accused in the MeToo movement are back in the spaces they used to dominate before. The film is one step into the conversation the movement inspired, but it doesn’t have the force to make a stamp.