Good Newwz review: This pregnancy misadventure is a missed opportunity

Raj Mehta’s directorial debut, led by an A-list cast of Akshay Kumar, Kareena Kapoor Khan, Diljit Dosanjh and Kiara Advani, is slickly made and high on laughs but low on emotion.

The year 2019 ends with the multi-starrer comedy Good Newwz, directed by first-time filmmaker Raj Mehta. The feel-good story of two couples desperate for a baby who suddenly find their futures intertwined by a goof-up by the fertility clinic they attend is expensively packaged and packs on the laughs as it tackles the serious subject of infertility.

Varun and Deepti Batra (Akshay Kumar and Kareena Kapoor Khan) are on top of their game professionally, and after seven years of marriage the questions from family and relatives pour in about their progeny. It has not been for lack of trying though.

Deepu keeps track of her fertility cycle and constantly pressurizes Varun to try for a baby. Varun’s sister suggests a top Mumbai doctor to help the couple conceive. The expensive, swanky Silverlining hospital led by Drs Joshi (Adil Hussain and Tisca Chopra) is just the place to help them with their baby troubles. 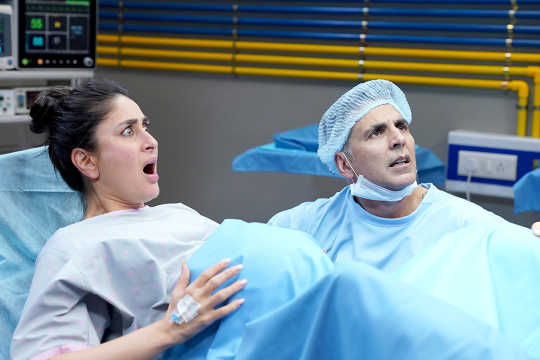 Dr Anand Joshi explains the wonder of in-vitro fertilization (IVF) to them and they are sold. While they do their best to optimize their pregnancy (eat and sleep well, take little stress), they are called in by the doctors for an unexpected emergency.

It turns out to be a goof-up of monumental proportions. Confusing the names of Varun Batra and Honey Batra, played by Diljit Dosanjh, a hospital tech switches their sperm samples. The women are impregnated by strangers.

There is anger, followed by introspection. There is talk of abortion, but the women continue with their pregnancies. The Mumbai Batras are horrified with the Chandigarh Batras. The younger, more flamboyant couple wear their names, Honey and Monika (Kiara Advani), on their velvet jackets.

Honey and Monika become obsessed with Deepu and the baby’s welfare, moving cities and settling in the flat above Varun and Deepu, who in turn see it as annoyance and try to figure out ways to rid themselves of the nosy, troublesome couple.

Eventually, as the months pass, a connection is formed when one of the women has a complication. The impending births bring the estranged couples together in ways they did not expect. And eventually all’s well that ends well. 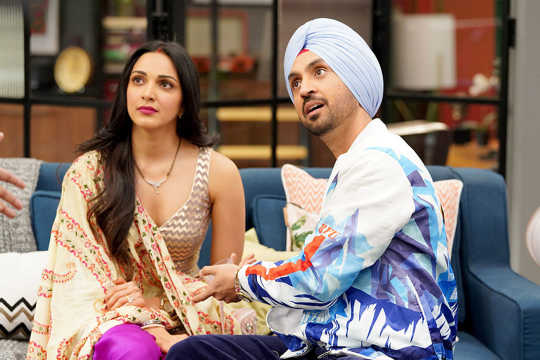 The product placement begins within a minute of the film and continues with the fashion-forward characters of both Batra couples, who easily lounge around the house in high couture. More details are given to the characters of Akshay Kumar and Kareena Kapoor Khan, while we never really get to know Honey and Monika as well.

Despite this, Dosanjh and Advani make the most of their shorter roles. Advani’s Monika is innocent and sweet, and I would have liked to have known more about her struggles with her previous pregnancies, while Dosanjh’s Honey, casually dressed in sequinned T-shirt, continues to spy on the other Batras 24x7. What is his source of income?

Akshay Kumar’s Varun, on the other hand, is not as keen to be a parent. He initially sees it as a pesky task, and only comes to parenthood in the second half. Kareena Kapoor Khan delivers a nice, mature performance as a working woman who also wants to fulfil her maternal needs at this juncture of her life.

Of the supporting cast, it was great to see the usually dramatic Adil Hussain in a light role. His comedic touches to his part as the proper Dr Joshi were quite funny. The film does create many laugh-out-loud moments at several characters’ expense, and the dialogues by Jyoti Kapoor, Rishabh Sharma and Raj Sharma are decent. 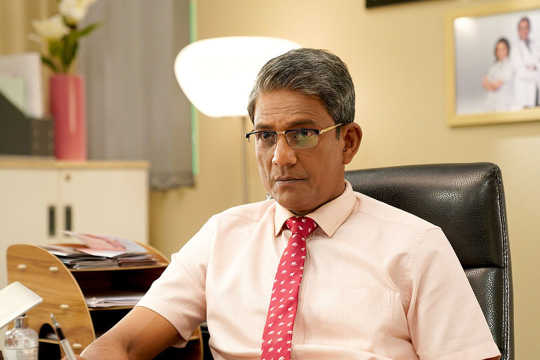 However, the easy ending of the film seems to arrive abruptly. Will the cosy cocoon of early happiness with the babies continue? How are the couples going to navigate the future, knowing the biology of their genes? The screenplay by Jyoti Kapoor and Rishabh Sharma never addresses that fully.

The film also adds a social message of anti-abortion, when Tisca Chopra’s Dr Joshi dissuades Deepu from going through an abortion. For all its emphasis on a woman’s right to choose, it sure pressurizes one into acting a certain way.

But, eventually, remember that this is a mass entertainer and glosses over pesky issues like genealogy and future medical issues, and instead focuses on how Honey keeps pronouncing sperm as ‘spam’.

This espionage web-series reveals, once again, the director's fascination with subjects on...

Filmmaker V Shantaram’s black-and-white musical on the brave doctor's life is an inspiring...