Gold review: A satisfactory attempt at revisiting a glorious past

India's 1948 Olympics gold in field hockey was described as one of the most politically significant episodes in the history of the Games by the British Broadcasting Corporation.

Freshly independent and partitioned, India went on to defeat their erstwhile rulers Great Britain on their home turf at Wembley on 12 August 1948. As they harp in the film Gold by Reema Kagti, India got revenge for 200 years of colonialism.

Kagti, who has previously written Zindagi Na Milegi Dobara (2011), Bombay Talkies (2013) and Dil Dhadakne Do (2015) and written and directed Talaash (2012), presents a dramatized account of the 1948 Olympics field hockey team and its struggle to inscribe its name in history.

Despite an attempt to package Gold as a film about a disgraced official who leads the team to glory, it comes across as much more of a team effort performance-wise. It seems unfair that the calibre of an event like this wasn’t enough to pull the crowds and a Hindi cinema hero (Akshay Kumar in this case) was needed to create a buzz. This reviewer couldn’t help but draw parallels with the stepmotherly treatment given today to what remains India’s national sport.

We are certain Kagti wasn’t trying to make a political statement, as she already had a mammoth task at hand: to translate on screen the thrill of a sports event that unfolded 70 years ago in a foreign land.

The circumstances in which independent India’s first Olympics gold was won were unusual, to say the least. Partition and related literature is littered with words like ‘horror’, ‘terror’, ‘burn’, ‘broken’, ‘destruction’, ‘separation’. More than the outsiders from the British isles, India fought an inner enemy — itself.

Apart from lack of funds, an egoistic manager, and an alcoholic joint manager, Team India fought regional and social differences to put up a united front against the British. Partition meant an exodus of players, whom they would come face-to-face with in London. The boys rose above everything to emerge victorious — in a social and political show of strength.

Kagti carefully picks episodes like players fleeing to Lahore during the riots, the hesitation shown by both Indian and Pakistani players to mingle when they meet in London, and many others to write a screenplay that often meanders into joint manager Tapan Das’s personal life. Das's stereotypical, dominating Bengali wife Monabina (Mouni Roy) and unconvincing drinking problem take away from footage that the characters of Raghubir and Himmat could have enjoyed. The focus on just the team and its preparation could have made for a tighter, more satisfying screenplay.

The players’ casting is king in Gold. From a restrained Kunal Kapoor as Samrat to an aggressive Sunny Kaushal as Himmat Singh Sherawat and a calculated Vineet Kumar Singh as Imtiaz Ali Shah, the boys pitch in with realistic performances. Akshay Kumar is his goofy self as Tapan Das, but willingly shares the limelight with the toast of the town. 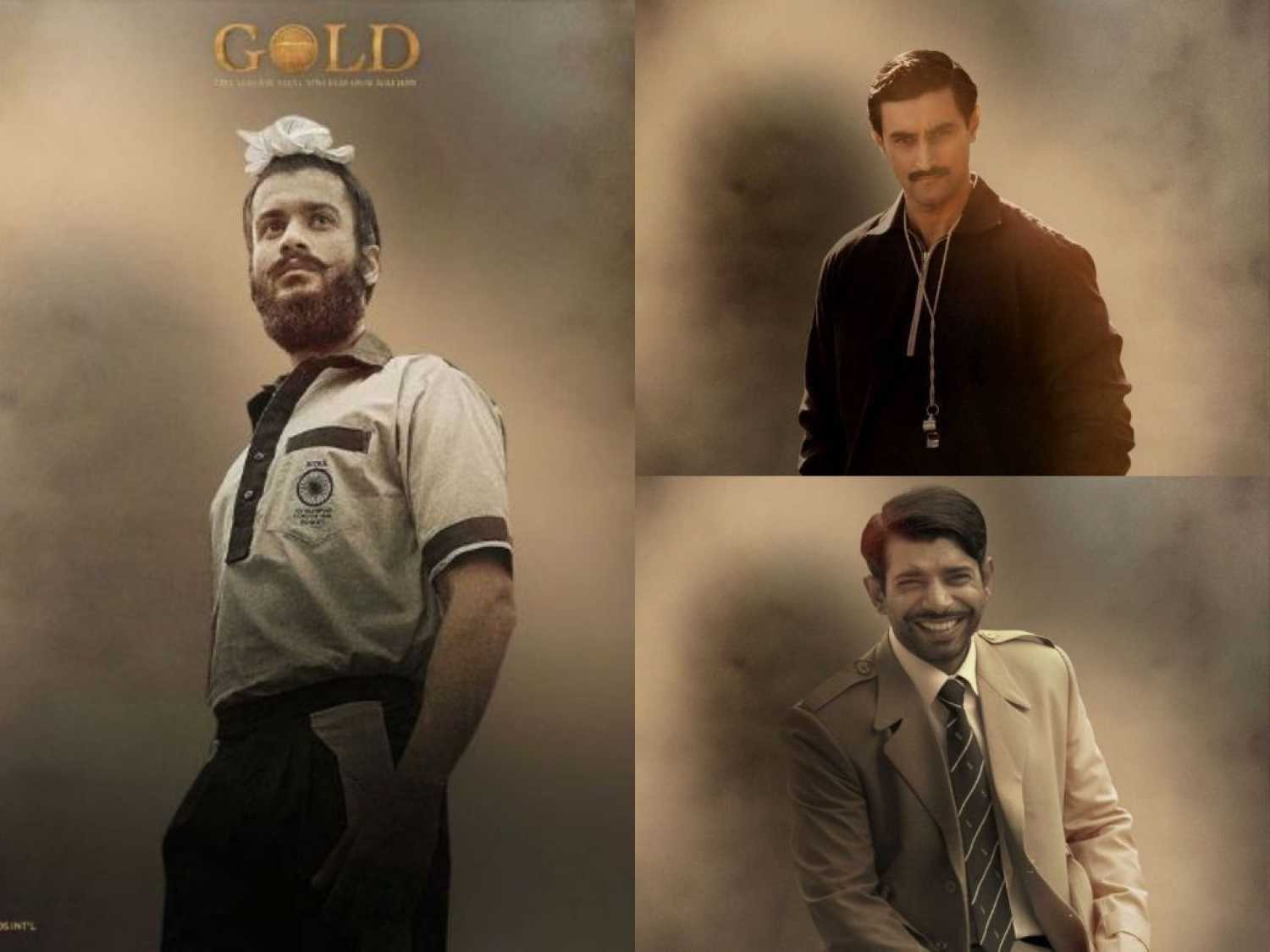 The one actor who stands out beyond imagination is Amit Sadh as Raghubir Pratap Singh. From his entitled attitude to his kosher body language, he aces his material. You want to kick sense into him, but he is so blinded by his confidence and royal upbringing he can barely look past his own halo. It’s fun to watch him play a team game all by himself.

Sports coordinator Aimee McDaniel helps to make the games exciting. Sadly, some of the VFX used for the stadium crowds is substandard and detracts from the action in the foreground. The costumes and production design are on point, a reminder of the charm of the 1940s. The ‘Ghar Laayenge Gold’ song is memorable but falls short of being inspiring. ‘Monabina’ and ‘Chadh Gayi Hai’ are enjoyable.

Director Kagti’s challenge was to create a thrilling account of what happened back in 1948. She manages to do so well enough, but the effort somehow reeks of an attempt to manipulate the audience's patriotic sensibilities. She takes her liberties too — watch out for the sly mention of the notorious London weather. In the end, the unique 'Bollywood' touch is given and gold is won. In real life, India won 4-0. In the film, India comes from behind to defeat the English. 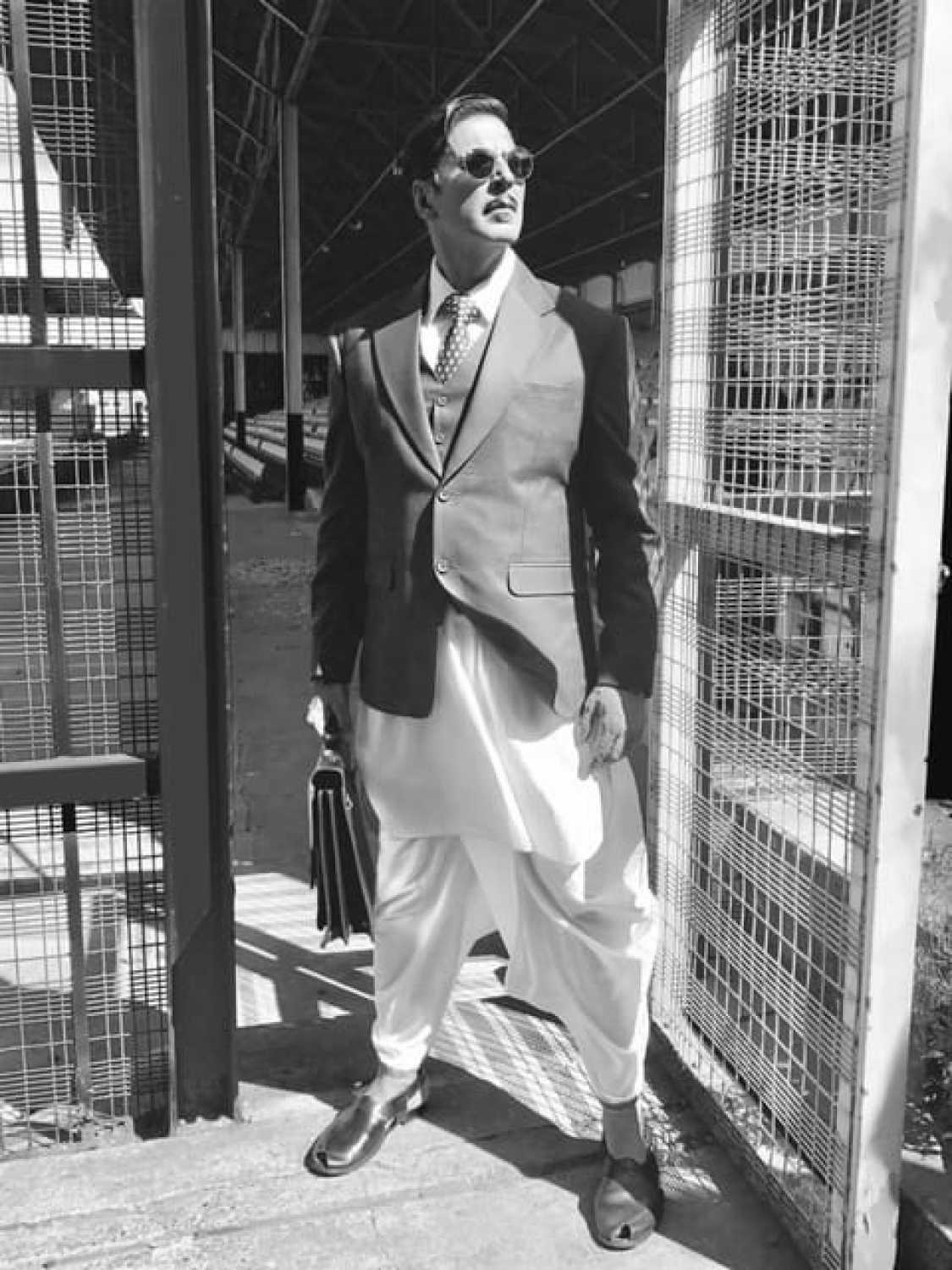 Akshay Kumar’s impassioned speeches about national pride have become a regular feature since he turned Independence Kumar after Once Upon A Time in Mumbaai Dobaara (2013) and Special 26 (2013).

How Akshay Kumar is taking over Independence Day

Should you watch Gold? Yes. It’s a piece of history the population enjoyed only on radio or in newspapers and newsreels back in 1948. The political significance of the win will not be lost on any discerning Indian. Seventy years on, we have the opportunity to witness a big-screen, aggrandized version of a victory of Olympian proportions. So, why not?