The anthology film offers interesting stories and vivid characters but fails miserably at being scary.

What is our bare minimum expectation from horror films? That they will be scary, or at least leave the audience with that eerie, inexplicable feeling which will make them think twice before entering a dark room. The Netflix anthology film Ghost Stories (2020) does none of that and one is left wondering about the point of it all.

Hindi cinema has had an uneasy relationship with the horror genre with the market earlier being cornered by the Ramsay Brothers, who gave us pretty much all the tropes associated with Indian horror.

So, when mainstream filmmakers Zoya Akhtar, Anurag Kashyap, Dibakar Banerjee and Karan Johar, who previously came together for Bombay Talkies (2013) and Lust Stories (2018), decide to explore the genre, one expects something… well, scary.

In Zoya Akhtar’s film, Sameera (Janhvi Kapoor) is a nurse who comes into the home of an old invalid woman (Surekha Sikri) to take care of her. But things seem not quite right and Sameera, who is trying to sneak in her boyfriend into the home, has to deal with much more than she bargained for. The outstanding performances in the film, along with the slowly building tension through the soundscape, makes this the most interesting film of the lot. 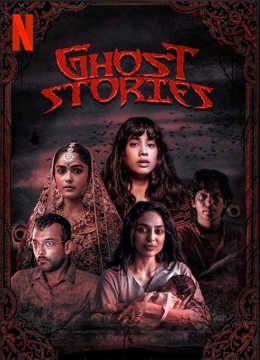 Kashyap’s segment is the story of a pregnant woman (Sobhita Dhulipala) who is haunted by an earlier miscarriage. Her only companion is her nephew, whom she babysits. But the boy has his own anxieties about the unborn baby taking attention away from him. Filmed in muted colours, the story has echoes not only of the classic horror films Rosemary’s Baby (1968) and The Omen (1976), but also of Black Swan (2010) and Birdman (2014) as it delves into the escalating anxiety and psychosis of the protagonist.

Next up is Dibakar Banerjee’s take on the creature feature as he explores the loss of humanity, weaving contemporary and political concerns into the film. With the familiar premise of an outsider coming into an unknown land, a man (Sukant Goel) comes to a village for his work, only to find its sole survivors — a girl and a boy. With hints of Zombieland (2010) in parts, the film perhaps needed more time to delve fully into the ideas hastily curtailed. 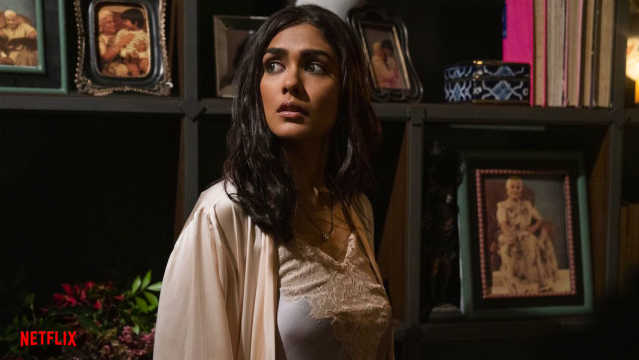 Karan Johar stays true to his brand of filmmaking, in a way, as he explores a disturbingly close-knit albeit impeccably dressed family. When a young woman (Mrunal Thakur) decides to opt for an arranged marriage, she does not quite know what she is getting into. Her husband (Avinash Tiwary) is still very attached to his grandmother. The only problem: said grandma died 20 years ago! The film is playful in tone and offers an irreverent take on the genre and, much unlike horror films, is an easy-peasy ride.

All four films build the atmosphere beautifully and set the stage ideally for the unfolding of the stories where one is drawn into the narrative from the word go. The films also offer interesting takes on conventional characters one encounters in the genre while creating compelling subtexts to be explored. In Zoya’s film, for example, Sameera is not some nubile woman but very much in charge of her sexuality and actions. Dhulipala’s character in Kashyap's segment is, similarly, a compelling portrayal of a woman trying to come to terms with an unbearable loss and probes the mental toll that it takes on her. The problem however, is that the unfolding of events leaves one wishing for more. 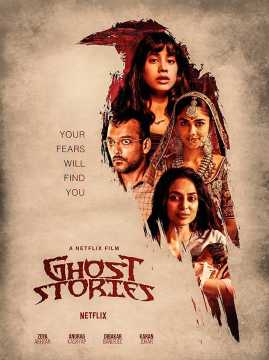 Zoya's film is eerie but also abysmally sad as one is left with thoughts of the old woman who has no one to care for her; the latter emotion being arguably the overpoweringly horrific one.

In Kashyap’s film, the dolls, the Little Red Riding Hood story, the creaking stairs, all ratchet up the notion of what is to come, but the horror of it all just does not come together.

Conceptually, Banerjee’s film is the one that holds most promise, but again it fails to come together at the end while Johar, well, makes the supernatural look fashionable and, ultimately, little else.

The new year has begun with a bit of a damp squib. If this is a sign of the times to come, perhaps that’s where the true horror lies. Let’s brace ourselves.