Gangubai Kathiawadi review: Alia Bhatt has swagger and sass as a brothel madam who rises to great heights in Bombay

The period film, based on real-life events, has all the hallmarks of its maker Sanjay Leela Bhansali — splendid production, appealing music and commanding performances — but remains in its own little world.

Sanjay Leela Bhansali’s Gangubai Kathiawadi (2022) shows the metamorphosis of a lively girl Ganga from Gujarat, who is tricked and sold into prostitution in Mumbai’s red-light district Kamathipura. The film tracks how Ganga becomes Gangu and then Gangubai, a saviour and spokesperson for the 4,000 or so sex workers who come under her protection.

Alia Bhatt plays Ganga, the Kathiawar girl who naively elopes with the man she loves, Ramnik, to Bombay, hoping to become a film actress. The first 30 or 40 minutes of the film stick to the book, Mafia Queens of Mumbai by S Hussain Zaidi and Jane Borges, which relays the story of the ‘matriarch of Kamathipura’ in a few short chapters.

It is evident that of the women who reside in Kamathipura, a few are willing but most are forced into prostitution. After Gangu resigns herself to her fate, she doesn’t remain meek but challenges her madam Sheela-maasi (Seema Pahwa) at every instance. Sheela, in turn, enjoys putting the newbie in her place.

The other sex workers quickly rally behind Gangu after she is mercilessly beaten up and scarred by a ruthless customer. But the savvy Gangubai gains protection from the infamous gangster Rahim Lala (Ajay Devgn in a guest appearance) and soon takes Sheela’s place. She quickly rises to challenge Raziabai (Vijay Raaz) at the bade gharwali election to represent the whole district and fight for the basic rights of sex workers. 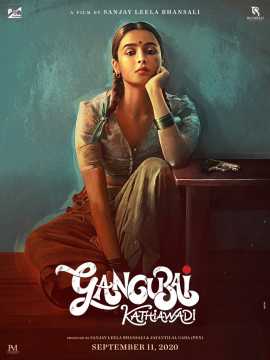 The rivalry and one-upmanship between Gangubai and Raziabai take up a fair bit of the middle portion of the film. But it does become predictable after a while when Gangubai is able to crack any and every problem that comes her way. Pretty soon, she is challenging the local school and some upright citizens who want the brothels to be relocated so as not to offend the innocent young minds. To do so, she makes an appeal all the way to the prime minister of the country, and charms him too.

In between all this, she finds the time to court a genuine, besotted admirer Afsan (newcomer Shantanu Maheshwari). But the welfare of her ‘girls’, whom she regards as her family, comes above all else.

While the period film is a mixture of reality and fiction, Gangubai is a fascinating, beguiling personality. A Dev Anand fan, she is a lover of fine things; she is fond of gold, expensive cars and white saris. She also has her vices, with her indulgence of alcohol and the occasional smoke. 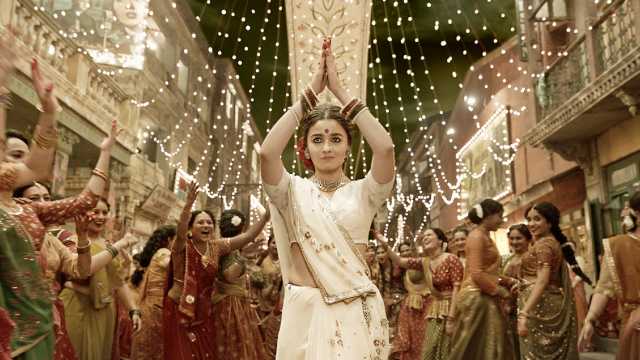 Bhatt’s portrayal contains a little of everything — humour, heart, guts and swagger. She owns the screen once she becomes Gangubai and doesn’t let up an inch. Her impromptu speeches, full of seetimaar dialogues by Prakash Kapadia and Utkarshini Vashishtha, are delightful and full of sass. But filmmaker Bhansali has also woven in elements of vulnerability into Gangubai which Bhatt incorporates at the right moments, never delving into victimhood.

Pahwa, Raaz and Chhaya Kadam turn in memorable performances as characters who go up against Gangubai. Indira Tiwari and a muted Devgn play Gangubai’s allies who support her. Jim Sarbh pops up in the third act as encouraging journalist Hamid Fezi.

Bhansali multitasks once again here as producer, director, writer, composer and editor. The music and song picturizations are terrific, setting the mood as the story moves along, especially ‘Dholida’ and 'Shikayat', a qawwali featuring Huma Qureshi. Also noteworthy is the fact that the filmmaker has used female singers for the film, echoing its theme. At many points, the frame teems with women, a lone man here and there, a rarity in Indian cinema.

The film also has Bhansali's hallmark as the entire district is recreated on screen by production designers Subrata Chakraborty and Amit Ray. The sets are all in faded colours that never overwhelm the viewer but show off the artful aesthetic of Bhansali’s vision. 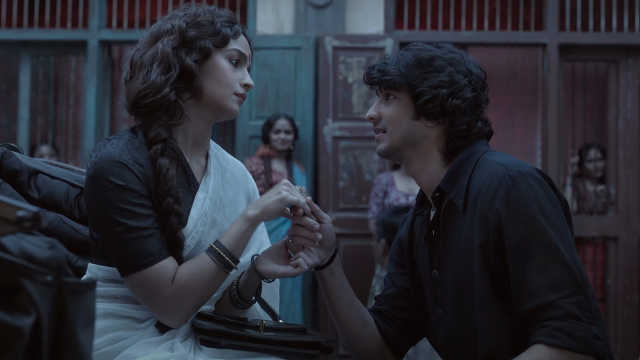 Two offhand moments stood out for me; one where the district is plunged into darkness and the prostitutes stand with candles to light the way (highlighting some beautiful cinematography by Sudeep Chatterjee), the other when the residents gather to watch a film in the lanes, reminding us of the power and draw of the big screen.

But the fictional, on-screen world for me felt too insular, I would have liked to see beyond the walls of Kamathipura and further to period Mumbai. The neighbourhood also felt too much like organized chaos while the conflicting film posters and advertisements reappearing left me confused about which year we were in.

Furthermore, the screenplay feels a little too neat. No hurdle seems too large for this cinematic Gangubai. She gets nervous, steels herself and rises above the hate. But that is to be expected in a film that begins to feel more like a hagiography as it progresses.

Nevertheless, it is Alia Bhatt and her towering performance that dominate this sentimental yet entertaining film. Her Gangubai is a survivor who prevails.

Gangubai Kathiawadi is being released in cinemas today.